The Court observed that 'merit order despatch' does not apply to renewable energy, which runs on a 'must-run' basis 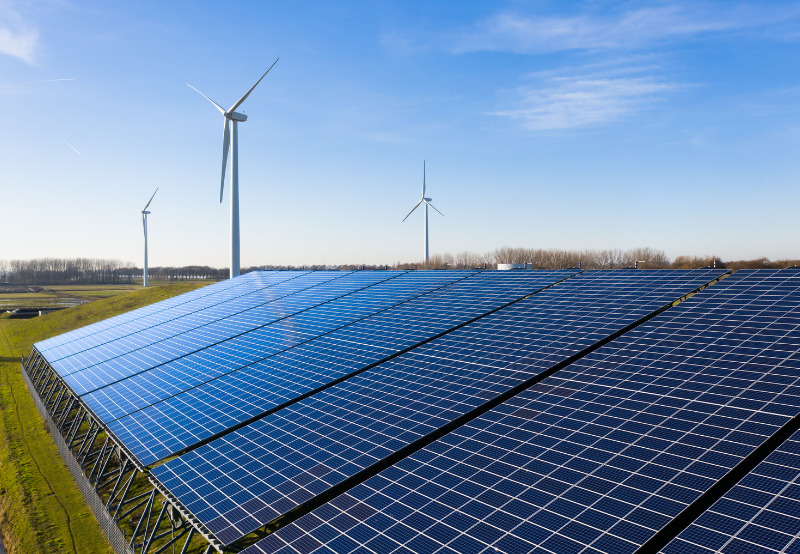 In a landmark judgment, the High Court of Andhra Pradesh set aside the earlier order passed on September 24, 2019, for paying interim tariff and reaffirmed renewable projects’ ‘must-run’ status.

The Court directed the distribution companies (DISCOMs) not to take any steps like curtailment of production and stop evacuation of power until after due notice to generators.

The Court set aside the earlier order in which the interim tariff was set as ₹2.44 (~$0.032)/kWh for solar power and ₹2.43 (~$0.031)/kWh for wind, and instead, directed the DISCOMs to make payments for all pending and future bills at the tariff mentioned in the power purchase agreements (PPAs).

Several appeals had been filed by solar and wind developers challenging the Court’s earlier order, in which it had directed the DISCOMs to pay solar and wind generators at an interim tariff.

The Andhra DISCOMs argued that the bidding process undertaken earlier did not discover the real market price, which reflected in a drastic reduction of tariff realized by various states from 2015 onwards.

The DISCOMs added that tariff revision was permissible in law because tariff assessment was a continuous process. The same could be revised in the public interest as the DISCOMs were required to discharge their function on commercial principles in terms of Section 61 of the 2003 Electricity Act.

The DISCOMs also justified curtailment of renewable power, referring to Sections of the 2003 Electricity Act, which deals with the constitution of the State Load Despatch Centre (SLDC), functions, and compliance of directions. DISCOMs argued that SLDC, an independent statutory body, was required to follow the Grid Code.

It is the function of the SLDC to ensure that there is neither over-injection of power into the grid nor overdrawing of power from the grid.

The Court observed that ‘merit order despatch’ does not apply to renewable energy, which runs on a ‘must-run’ basis. The single-judge bench had directed the DISCOMs not to take any coercive steps, including curtailing production, stopping evacuation of power, or the like except after due notice to the generators.

Speaking to Mercom, Attorney Aditya K Singh, Associate Partner at Link Legal and Counsel for Mytrah in this matter, said, “This judgment will deter attempt of any state government or DISCOM to renegotiate tariff. For doing complete justice, the Hon’ble High Court has set a time frame for payment, and any further delay will amount to contempt of the order of the Constitutional Court.”

Last December, the High Court of Andhra Pradesh had directed the state’s DISCOMs to clear the dues of solar and wind power developers up to June 2021 by December 29. The High Court had directed the Southern Power Distribution Company to file an affidavit stating the timeline for clearing the dues for the third and fourth quarters of 2021 by December 29.

The Supreme Court of India recently rebuked Andhra Pradesh DISCOMs attempting to terminate the PPA unilaterally after the project developer had set up the project.

According to Mercom’s India Solar Project Tracker, Andhra Pradesh has about 4.3 GW of operational large-scale solar projects and around 800 MW of projects under development.