The last date for the submission of bids is September 14, 2020

The New and Renewable Energy Development Corporation of Andhra Pradesh Limited (NREDCAP) has invited bids for preparing a pre-feasibility report and a detailed project report (DPR) for the proposed 6.3 GW pumped storage hydroelectric projects at various locations in the state.

The last date for the submission of bids is September 14, 2020. The time given for the completion of the projects is 30 months.

Interested bidders will have to submit an amount of ₹1 million (~$13,563) as the earnest money deposit (EMD).

The projects will be developed at the following sites:

The draft DPR should be submitted within 12 months from the date of the approval of proceeding from NREDCAP.

The bidder should also have experience in the preparation of a feasibility report and detailed engineering design for at least one pumped storage hydroelectric project and one hydroelectric project in India with a head not less than 100m. Head is the change in water levels between the intake and the hydro discharge point.

Regarding the financial criteria, the average annual turnover of the bidder should be ₹50 million (~$678,165) in the last five financial years.

In June this year, the Government of Andhra Pradesh approved the establishment of an integrated renewable energy project at Pinnapuram village in Kurnool district by Greenko Energies Private Limited. As part of the project, Greenko will set up a 1 GW solar project, 550 MW of wind project, and 1.2 GW of standalone pumped storage capacity.

Last year, NREDCAP had floated a tender for reports on the techno-commercial feasibility of pumped storage power projects at 30 tentative locations in the state. The scope of work included conducting studies to verify the feasibility of setting up the projects on and off-rivers at the 30 identified sites across the state. 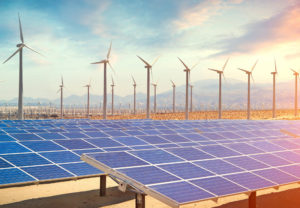