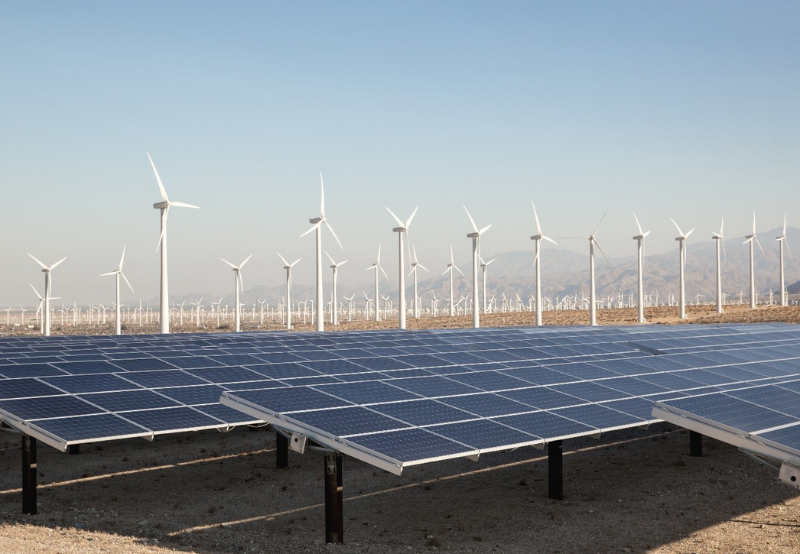 The world’s wind and solar projects combined met more than a tenth of global electricity demand for the first time in 2021, according to research company BloombergNEF (BNEF).

In its Power Transition Trends 2022 report, BNEF said solar achieved a new milestone in 2021, clearing 1,000 TWh of generation for the first time, while wind neared 2,000 TWh. Together, the technologies accounted for 10.5% of all power produced worldwide.

The report said wind and solar accounted for three-quarters of the 364 GW of new capacity installed in 2021. Solar alone was half of all capacity added, and annual solar build was 25% higher in 2021 than in 2020.

In contrast, fossil fuels made up for only 14% of total capacity added in 2021, with net growth in coal capacity at its lowest in at least 15 years.

Solar is the technology of choice

BNEF said over three-quarters of the nations surveyed installed more clean power (including hydro) on a capacity basis than any other technology in 2021. Solar was the technology of choice in nearly half of the world’s nations. Hydro followed with 15%, down from 20% a decade earlier. 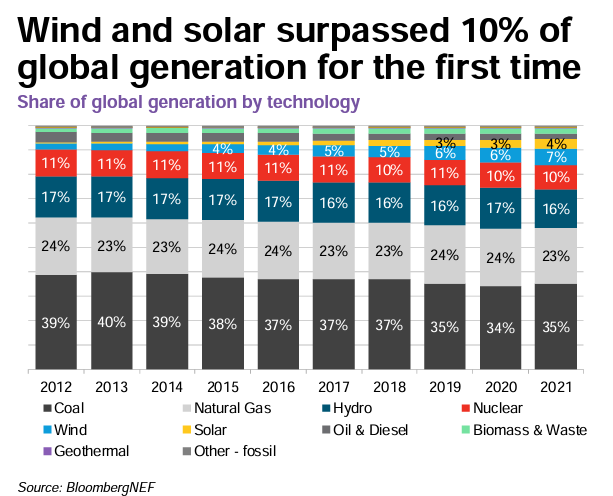 “Solar is also quickly spreading to new markets through deployment at scale remains somewhat concentrated. In 2021, the number of countries that installed at least 1 MW of solar capacity reached a new high of 112 markets – 7.5 times the number of markets that added coal. This is up from 101 markets in 2020 and just 55 in 2012,” the report said.

Wind and solar are now the cheapest sources of new bulk power generation in countries that make up two-thirds of the world population and three-quarters of global GDP.

Generation from natural gas and nuclear rose 3% and 4%, respectively, while hydro power’s contribution slid by 0.7%. 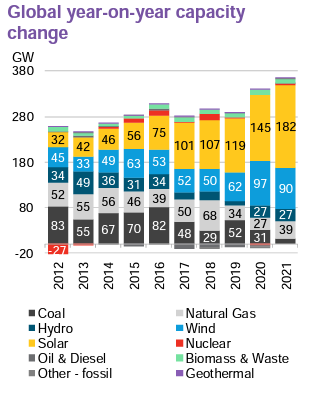 Europe and North America saw their shares of capacity drop sharply since 2006, although they remained the second largest regions for installed capacity, accounting for 20% each.

Coal generation jumped 750 TWh in 2021 and accounted for over half of all net additional power generation.

Half of the countries that pledged to phase out coal at COP26 recorded growth in coal generation in 2021.