The report states that global solar power generation could expand 30-fold to 22,000 TWh in 2050 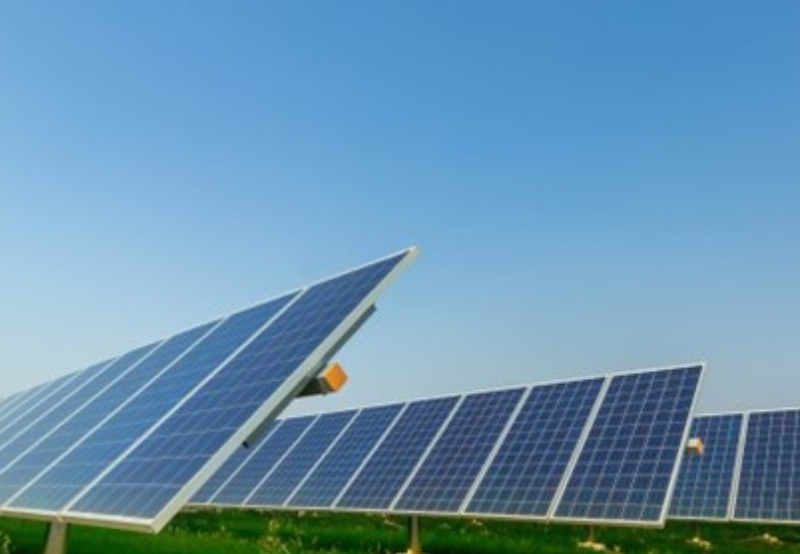 Global installed solar capacity would be doubled by 2025 and quadrupled to 3,000 GW by 2030, DNV said in its latest technology report.

The report stated that global solar power generation could expand 30-fold to 22,000 TWh in 2050 from 190 TWh in 2019 and would account for the largest share of new renewable capacity. 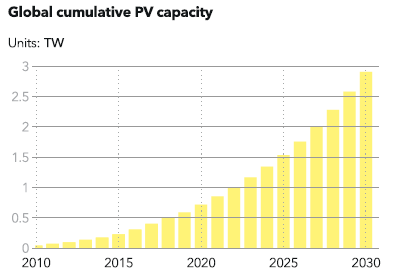 Over the past few years, the solar industry transitioned to more efficient passivated emitter rear contact (PERC) technology through upgrades of existing lines and the development of new manufacturing capacity. This allowed the industry to deploy bifacial cell and module technologies that collect energy from both sides of panels and increase power generation.

The report noted that solar module manufacturers would continue optimizing the design and reducing production costs throughout the upcoming decade. In addition, new large-format cells and modules are expected to reduce manufacturing and system installation costs while increasing their efficiency.

Floating wind will scale in turbine size and wind farm size in the next few years as technology provides solutions for large turbines over 20 MW capacity to lead design modification. However, it requires the industry to address several challenges to expand application, scale, and reduce costs of floating wind without compromising on safety.

According to the report, the cost of floating wind is expected to go down by 70% to less than €50 (~$59.19)/MWh by 2050 from over €130 (~153.88)/MWh in 2020. To reduce floating wind costs by 70%, the industry needs to standardize design concepts, and different fabrication approaches through collaboration that can provide efficient fabrication facilities to the supply chain.

DVN said lithium-ion (Li-ion) batteries enabled electric vehicles (EVs), reshaped portable electronics, and would be an essential part of the renewable energy infrastructure. In addition, the cost of Li-ion batteries in large-scale manufacturing has reduced, and the energy density has increased.

Half of the passenger cars sold globally are slated to be electric by 2030 due to improvements in Li-ion batteries. The researchers are also focused on enhancing energy density, safety, and size while reducing the costs of Li-ion batteries.

As per the report, the transportation sector accounts for 27% of global energy demand and contributes significantly to carbon dioxide emissions. The number of vehicles will be increased by around 60% by 2050. However, their energy demand is expected to decline 84% due to the revolution in EV technologies over the next three decades.

The cost of EVs declined in the past few years due to high-specific EV designs, improved motor efficiency, heat pumps’ use to control cabin temperature, and the decline in cost of Li-ion batteries from ₹1,110/kWh to $140/KWh to date.

According to the report, passenger vehicles’ battery cost is expected to be below $80/KWh, and the average vehicle range would be over 600 kilometers within the next five years. In Europe, 50% of new vehicle sales are expected to be EVs by 2026.

The report stated that the industry needs substantial investment to deploy charging infrastructure with the rising number of EVs.

The report said that vehicle-to-grid services would be a nascent market for vehicle manufacturers, energy suppliers, aggregators, and grid operators in the next five years. By 2050, the total capacity of EV batteries would be over 150,000 GWh, five times higher than the energy capacity of all stationary energy storage, including pumped hydro.

According to the report, global demand for green hydrogen, produced through electrolysis, as an energy carrier is expected to be around 24 exajoule annually by 2050. The transport sector and manufacturing sector will be accounted for major uptakes of green hydrogen.

The report stated that the cost competitiveness of green hydrogen would increase in the upcoming decade by improving electrolysis’ efficiency and decreasing its capital expenditure.

According to the International Energy Agency’s latest market update, the amount of renewable electricity capacity added in 2020 rose by 45% to 280 GW, the largest year-on-year increase since 1999.