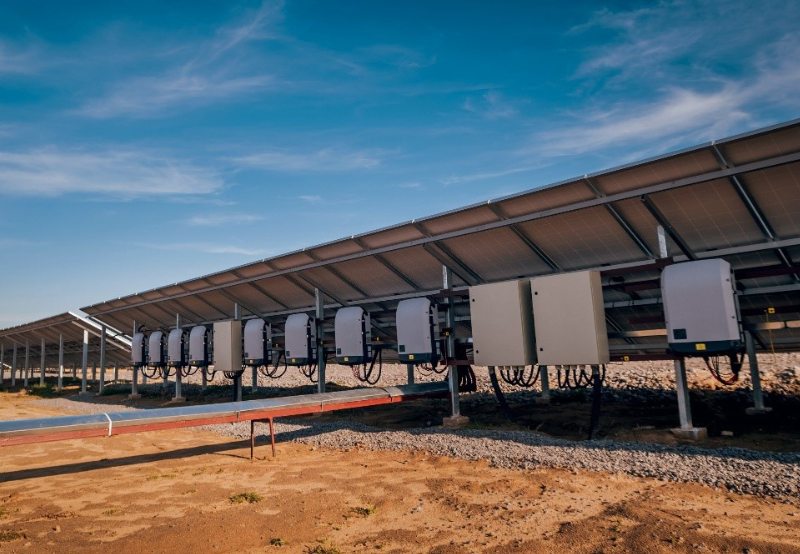 Solar modules are critical to any solar power project. Manufacturers have been trying to deliver higher efficiency modules to reduce the levelized cost of energy (LCOE) and enhance the value of solar assets.

These larger modules must be efficiently aligned with other equipment, especially the inverters. Inverters with higher input current are needed to match the high-power modules.

Like modules, solar inverters are also critical for the efficiency of any solar project. Inverter manufacturers must consider the compatibility of inverters and modules and accordingly introduce advanced technologies.

Mercom will host a webinar titled ‘How to Maximize Power Generation From Various Modules With the Right Inverter’ to address these issues on June 22, 2022.

The webinar will bring together inverter and module manufacturers with developers to understand the technological challenges and new solutions in the market. They will discuss ways to maximize power generation from high-power modules with the latest inverter technology. 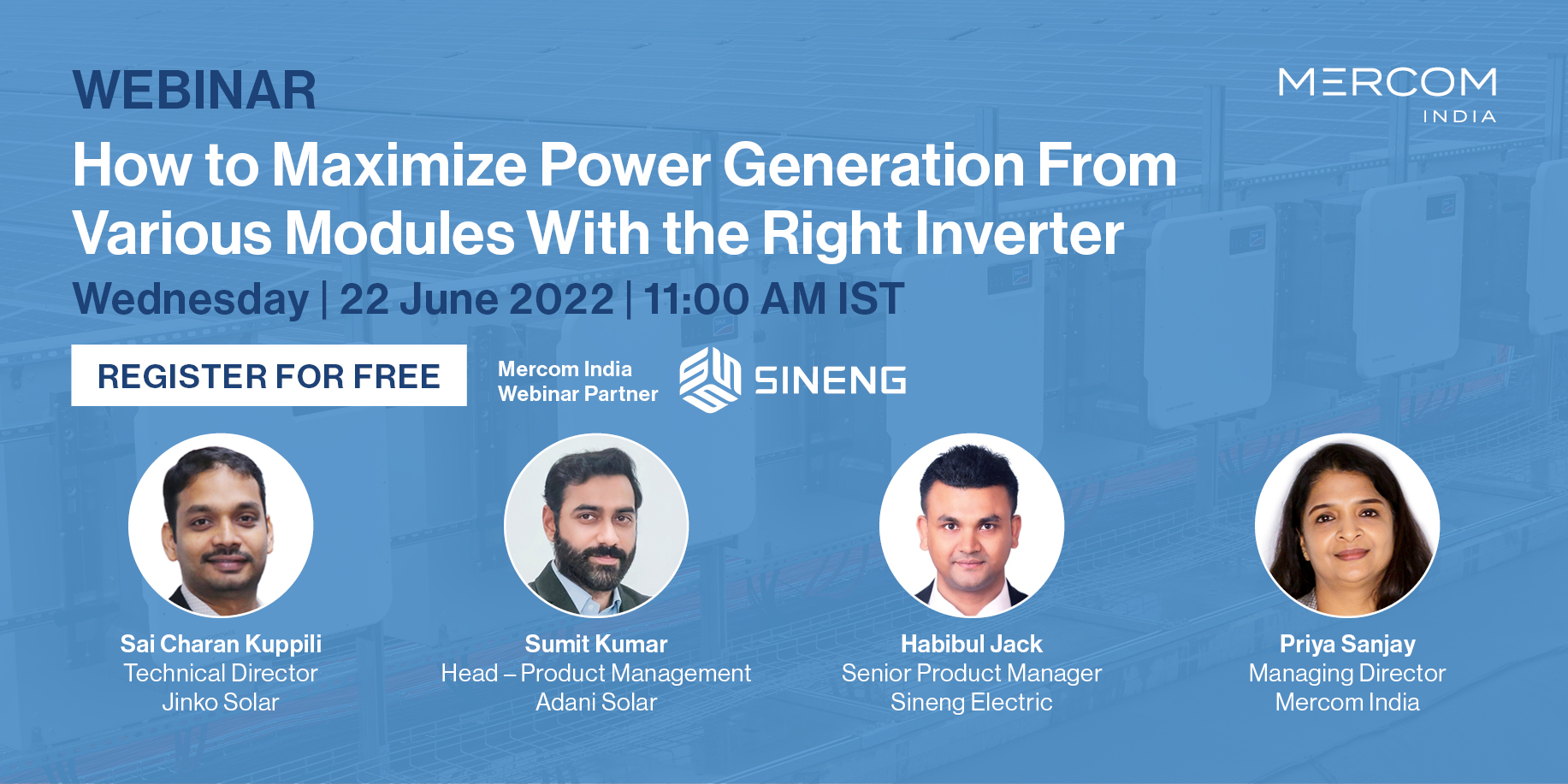 Panelists are industry experts representing top suppliers in the Indian solar market. Jinko Solar, Adani Solar, and Sineng Electric have been among the top five module and inverter suppliers to the Indian solar market in the calendar year (CY) 2021, according to India Solar Market Leaderboard 2022. Adani Solar was one of the four Indian manufacturers who made it to the top 10 module suppliers list in 2021.

According to Mercom India Solar Market Update Q1 2022, India has a utility-scale project development pipeline of over 54 GW and another 33 GW of projects tendered awaiting auction. With the robust pipeline and the introduction of advanced technology modules, it is important to understand how inverter suppliers are preparing to meet the technology challenges.

In February this year, the Ministry of New and Renewable Energy extended the deadline for self-certification of solar PV inverters under the Bureau of Indian Standards from December 31, 2021, to June 30, 2022. The extension was granted after the industry sought more time for compliance, considering the testing issues and the test labs’ level of preparation.

You can register for the webinar by clicking here.