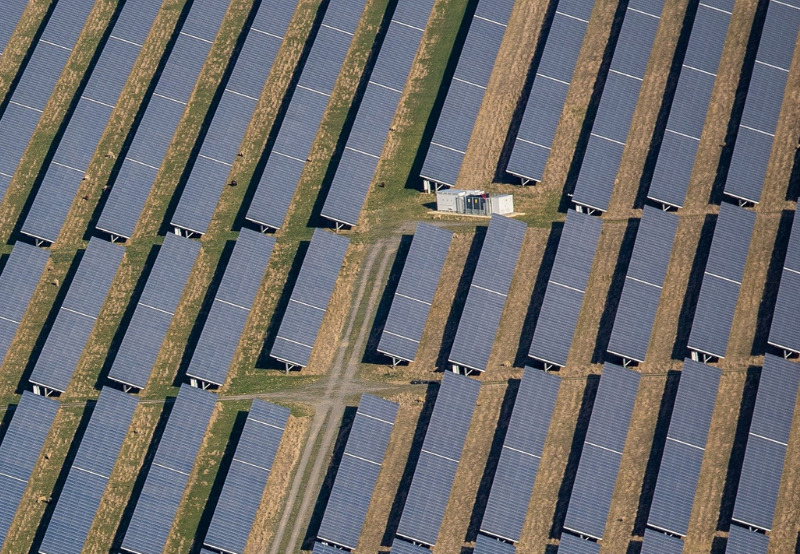 According to a recently released report by Lawrence Berkeley National Laboratory (LBNL), the pipeline of solar capacity in the U.S. at the end of 2020 was around 460 GW. Of this, 160 GW or 34% of projects include battery storage facilities. 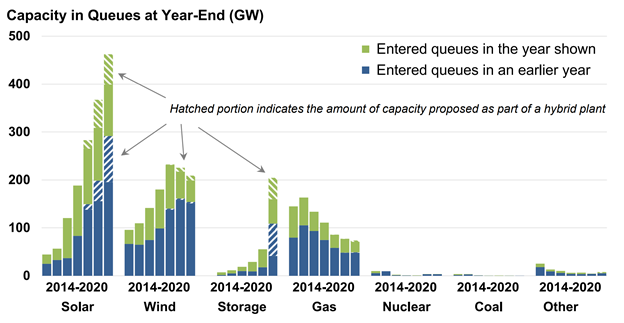 The utility-scale solar sector in the United States added 14 GWDC of capacity in 2020, a 65% year-over-year (YoY) increase. Of this, 161 new projects had a capacity of over 5 MW and accounted for 9.6 GWDC of overall capacity added in 2020.

Texas surpassed California in utility-scale solar deployment and added 2.5 GWAC, or 26% of total addition in the U.S., in 2020. California, which added 1.6 GWAC in 2020, accounted for the highest cumulative capacity (32%).

In the Southeast, Florida with 1.6 GWAC capacity additions and Georgia and Virginia with 700 MW each led the growth in 2020.

The report noted that larger utility-scale solar projects with capacities between 100 and 500 MW cost 17% less per MW than smaller projects ranging between 5 and 20 MW in 2020.

Similarly, the average power purchase agreement (PPA) prices declined 85% since 2009 across the U.S. Most recent PPAs are priced around $20/MWh in California Independent System Operator (CAISO) and the non-independent system operator (ISO) West. The PPAs for solar projects are priced around $30-$40/MW in the continental U.S.

In 2020, 89% of the newly installed solar capacity was using single-axis tracking technology.

In September this year, the Solar Energy Industry Association increased its target for Solar+ Decade to account for 30% of overall power generation by 2030. The previous target was 20% by 2030.

According to forecasts from Wood Mackenzie, the U.S. will add an average of over 29 GW of solar capacity annually through 2026. However, the deployment pace is short of reaching President Joe Biden’s 2035 clean energy targets. To achieve the targets, the industry needs to install over 80 GW of solar annually from 2022 through 2035.