Solar accounted for 50% of all new electricity-generating capacity added in the U.S. 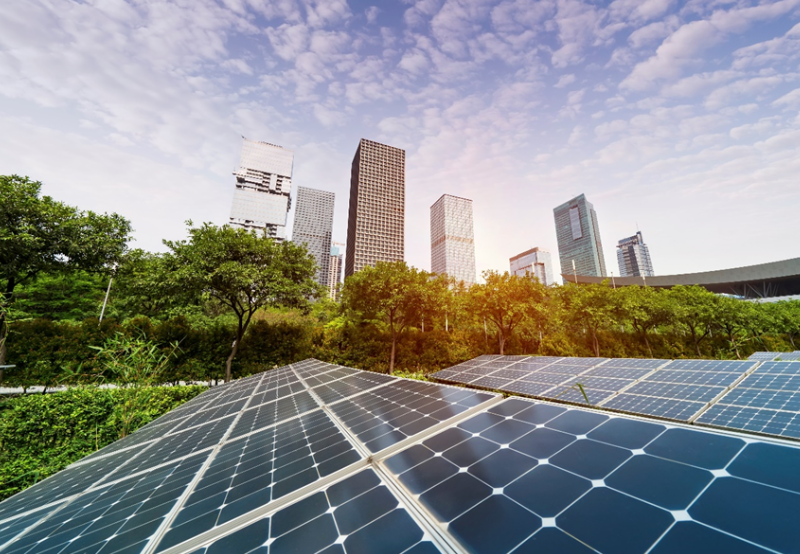 The United States solar sector installed 3.9 GW of solar capacity in the first quarter (Q1) of 2022, a 24% year-over-year (YoY) decrease compared to 5 GW installed in the same period last year.

According to the latest US Solar Market Insight report, released by the Solar Energy Industries Association (SEIA) and Wood Mackenzie, Q1 represented the weakest quarter for US solar installations in two years.

However, solar accounted for 50% of all new electricity-generating capacity added to the US grid in the first quarter of 2022.

“The solar industry is facing multiple challenges that are slowing America’s clean energy progress, but this week’s action from the Biden administration provides a jolt of certainty businesses need to keep projects moving and create jobs,” said Abigail Ross Hopper, President, and CEO of SEIA.

“President Biden has clearly taken notice of how drags on the industry are hampering grid resiliency. By acting decisively, this administration is breathing new life into the clean energy sector, while positioning the US to be a global solar manufacturing leader,” she said. 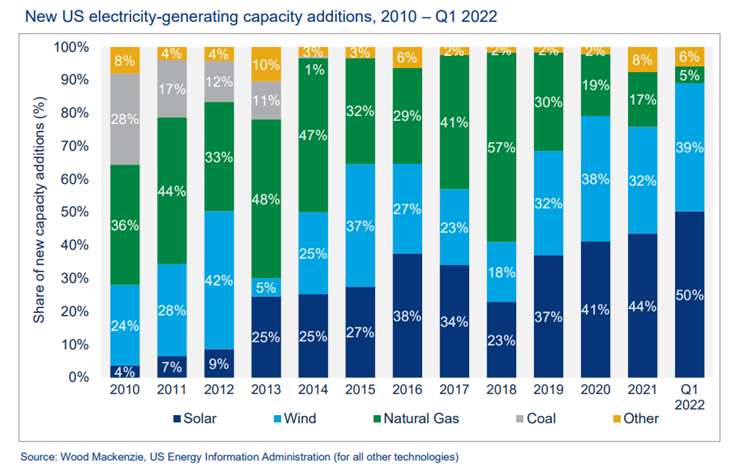 The utility-scale solar market saw the sharpest decline in Q1 2022 and experienced its lowest quarter of installations since 2019 and the lowest number of new projects added to the pipeline since 2017.

According to Wood Mackenzie’s pipeline data, 17.6 GW of projects in development were delayed by at least a year, and 450 MW of projects were canceled outright. New procurement for utility-scale solar was 2.4 GW in Q1 2022, the lowest level since 2017. This was caused by typical first quarter slowdowns, policy-driven supply chain challenges, and higher equipment pricing.

In contrast to other segments, the residential solar market saw record-setting growth in this quarter as customer demand and sales pipelines continued to increase. Consumer demand continues to grow in most state markets, with California, Florida, and Texas leading. These top markets also achieved record capacity deployments and accounted for more than 50% of nationwide residential solar installed in this quarter.

This week, Biden announced a 24-month duty exemption on solar modules and cells imported from Cambodia, Malaysia, Thailand, and Vietnam to ensure that the domestic solar industry has a sufficient supply of the components.

In March, the Department of Commerce announced it would initiate an anti-circumvention investigation of Chinese anti-dumping and countervailing duties on solar cells and modules imported from Cambodia, Malaysia, Thailand, and Vietnam. This investigation was initiated by a petition which alleges that solar cell and module manufacturers circumvent existing anti-dumping and countervailing duties tariffs that apply to Chinese imports by manufacturing solar cells and modules in the four named countries using raw inputs from China.

With trade uncertainty in place, the solar market is eying the fate of clean energy policies in a federal reconciliation bill, the report said. Long-term tax credits, manufacturing incentives, and other provisions will significantly boost solar and storage deployment and help keep pace with President Biden’s clean energy goals.