Texas led the way with maximum wind installations during the year 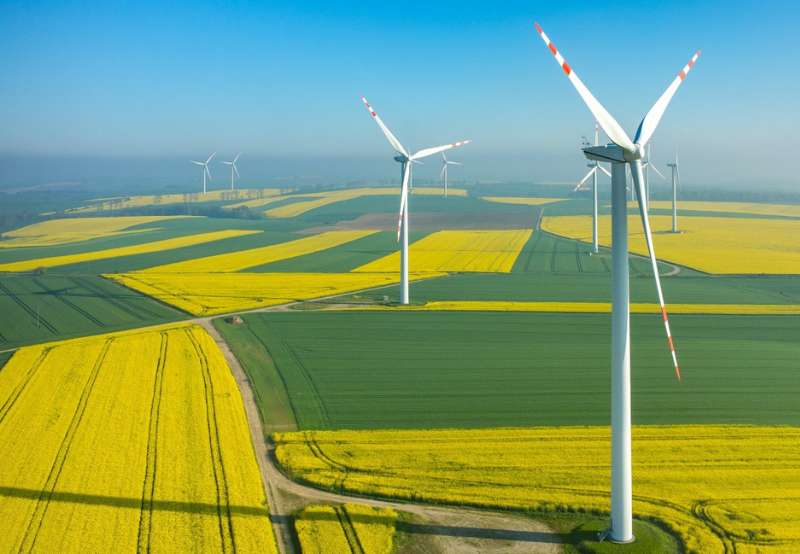 The United States added 13.4 GW of wind power capacity in 2021, with nearly $20 billion of investments in new wind projects during the year, according to the latest report published by Lawrence Berkeley National Laboratory titled ‘Land-Based Wind Market Report, 2022.’

The cumulative wind capacity grew to nearly 136 GW by the end of 2021. Wind represented the second largest electric power source in 2021 at 32%, behind solar at 45%.

The growth in wind installations was driven by long-term improvements in the cost and performance of wind power technologies. 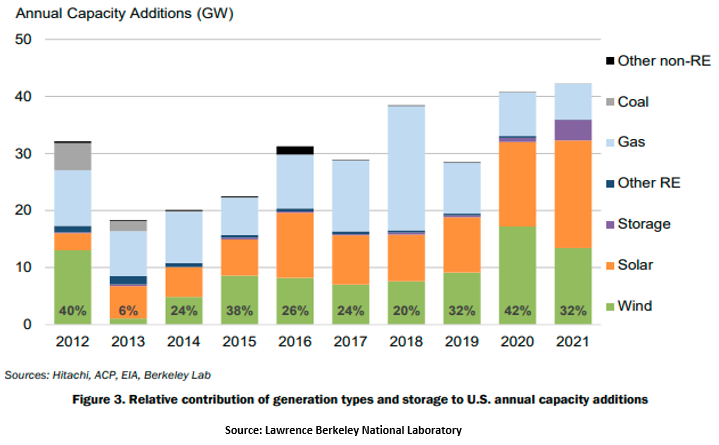 Among the states, Texas installed the maximum capacity of wind projects in 2021, adding 3.34 GW of new capacity. Texas remained at the top with 36 GW of cumulative installed capacity at the end of 2021.

Although only two hybrid projects were commissioned in 2021, there were 41 hybrid projects in operation at the end of 2021, accounting for 2.4 GW of wind and 900 MW of co-located assets. 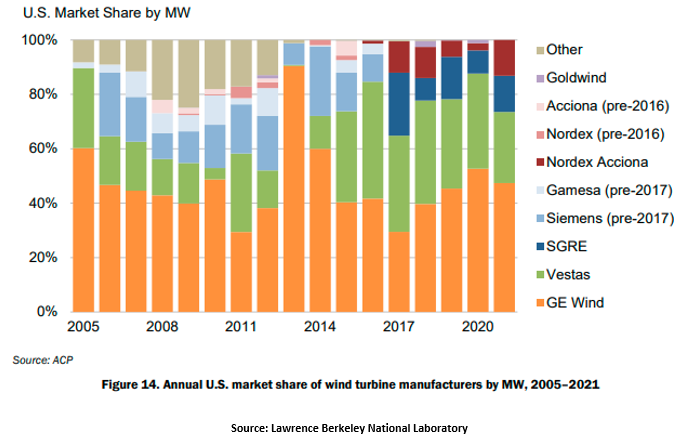 Tower imports came from Malaysia, Canada, South Korea, Mexico, and India. Mexico and India accounted for almost 50% of blade and hub imports, with Spain, Brazil, and China the next largest source countries in 2021. Over two-thirds of wind- generators and generator parts in 2021 came from Vietnam and Spain. 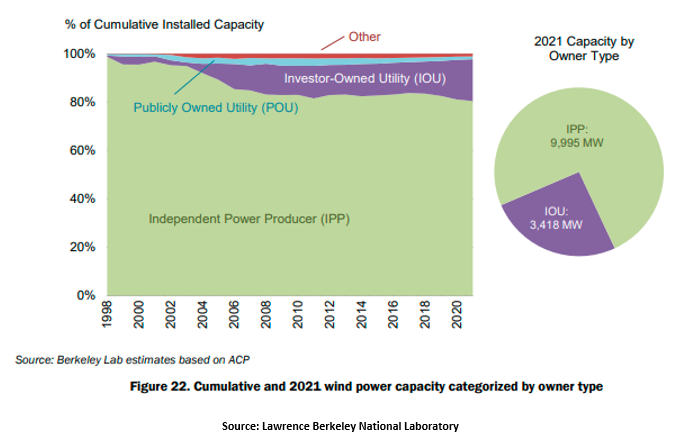 The average tip height for projects that came online in 2021 was 158 meters. Turbine heights are expected to reach an average of 196 meters in the next few years.

According to the report, in 2021, 12 projects were partially repowered, involving 769 turbines that totaled 1.6 GW before repowering. The 1.6 GW of retrofitted turbines in 2021 declined from the previous two years when roughly 3 GW were retrofitted each year.

According to the report, wind turbine prices have dropped substantially since 2008. However, with supply chain pressures and rising materials prices, turbine prices generally increased in 2021.

The recent supply-chain pressures and rising commodity prices led to increased turbine prices in 2021. The recent average pricing was between $800/kW to $950/kW, roughly 5% to 10% higher than last year.

The lowest-cost projects installed in 2021 were located in the Electric Reliability Council of Texas (ERCOT) and the western states (excluding California), with average costs of $1,350/kW and $1,380/kW, respectively.

The power purchase agreement (PPA) prices have not declined smoothly over time. The prices declined through 2003, then rose through 2009. Following that rise was a steep reduction and, more recently, stabilization and then an increase in PPA prices—partly due to supply chain pressures, including higher material prices and transportation costs. 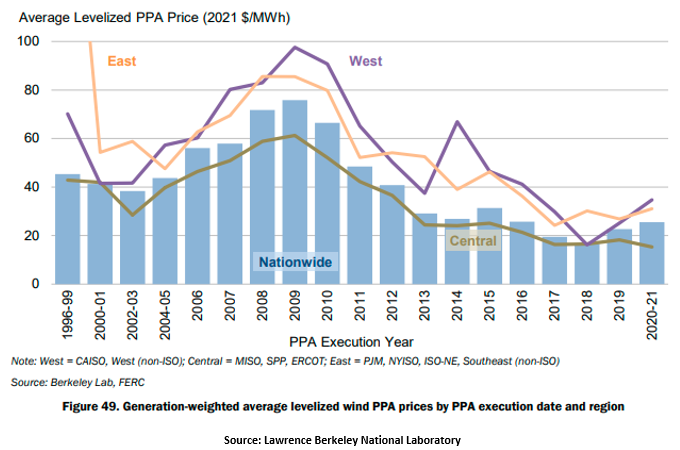 The prospects for wind energy in the longer term will be influenced by the sector’s ability to improve its economic position even in the face of challenging competition from other generation resources, such as solar and natural gas. Corporate demand for clean energy and state-level policies will also impact wind power deployment, as will the build-out of transmission infrastructure and the uncertain future cost of natural gas.

According to another report published by the Lawrence Berkeley National Laboratory, the proposed solar, battery storage, and wind power project capacity lined up to connect to the electric grid across America had risen to 1,400 GW. The total capacity in the queues is growing year over year, with over 1,000 GW of generation and 427 GW of storage capacity as of 2021. Over 930 GW of zero-carbon generating capacity is currently seeking transmission access.