1.4 TW of Solar, Battery, Wind Awaiting Grid Interconnection in the US

With over 676 GW, solar accounts for the largest share of generation capacity in the queues 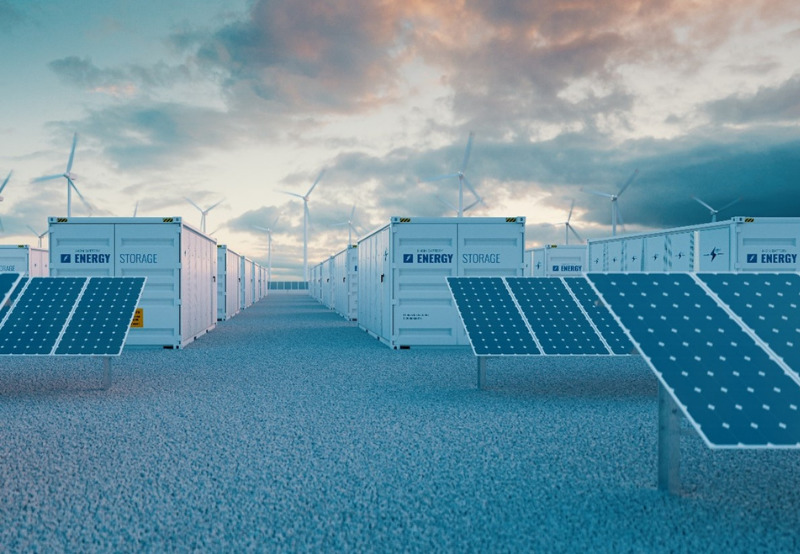 The proposed solar, battery storage, and wind power project capacity lined up to connect to the electric grid across America has risen to 1,400 GW, according to new research published by Lawrence Berkeley National Laboratory.

The total capacity active in the queues is growing year over year, with over 1,000 GW of generation and 427 GW of storage capacity as of 2021. Over 930 GW of zero-carbon generating capacity is currently seeking transmission access. With over 676 GW, solar accounts for the largest share of generation capacity in the queues. There is substantial wind capacity, i.e., 247 GW, which is also seeking interconnection, of which 31% or 77 GW is for offshore projects.

Developer interest in solar, storage, and wind is strong 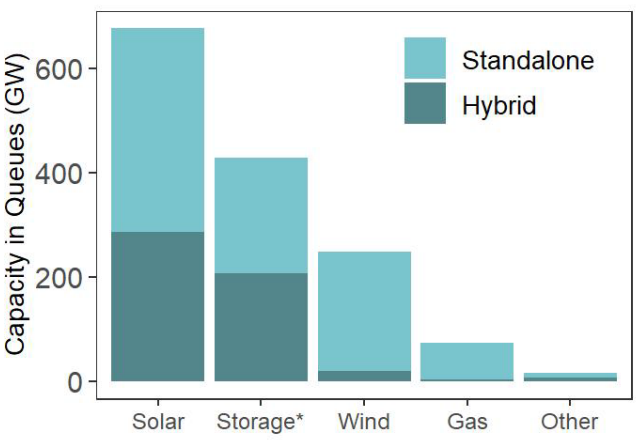 Solar and battery storage are the fastest-growing resources in the pipeline. Combined, they account for nearly 85% of new capacity entering the queues in 2021. The share of hybrid projects is also increasing. Over 286 GW of solar hybrids —primarily solar+battery— and 19 GW of wind hybrids are active. Nearly half of the battery storage capacity is paired with some form of generation, mostly solar.

Berkeley Lab compiled and analyzed data from the seven organized electricity markets in the U.S. and 35 utilities outside those regions, representing over 85% of all U.S. electricity load. This included 676 GW of solar capacity, 247 GW of wind capacity, and 427 GW of storage.

“Together, this proposed capacity represents more than half of the estimated 1,100 GW of wind and solar capacity that studies say is needed to deeply decarbonize the U.S. electricity supply,” said Joseph Rand, lead author. “But our research also points to increasing lead times, high rates of withdrawn projects, and a large backlog of projects in the queues, which could be a potential bottleneck in the transition to zero-carbon electricity in the United States.”

However, most projects that apply for interconnection are ultimately withdrawn, and those that are built are taking longer on average to complete the required studies and become operational. Entering a transmission interconnection queue is only one of many steps in the development process; projects must also have agreements with landowners and communities, power purchasers, equipment suppliers, and financiers and may face transmission upgrade requirements. Among a subset of queues for which data are available, only 23% of the projects seeking connection from 2000 to 2016 have subsequently been built. Completion percentages appear to be declining and are even lower for wind and solar than other resources.

Interconnection wait times are also on the rise. The typical duration from connection request to commercial operation increased from ~2.1 years for projects built in 2000 -2010 to ~3.7 years for those built in 2011-2021.

The U.S. Department of Energy Solar Energy Technologies Office and the NREL  stated that solar could account for 40% of the nation’s electricity supply by 2035 and 45% by 2050.