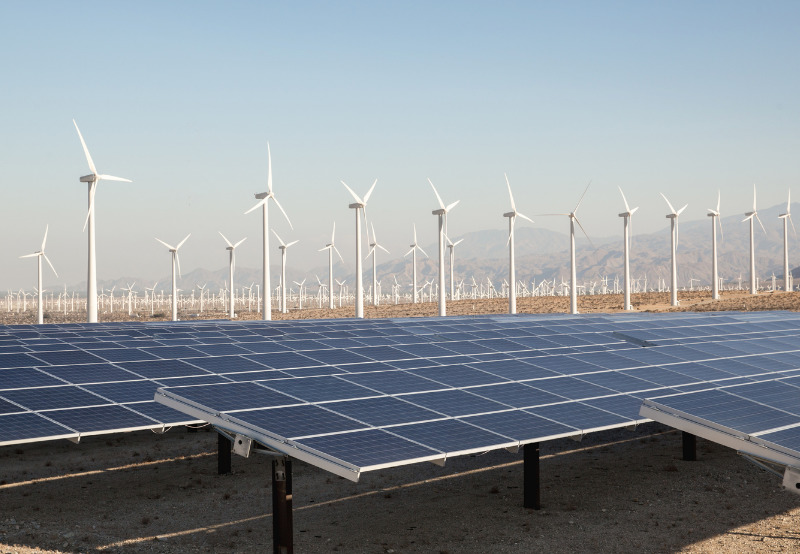 The Joint Electricity Regulatory Commission (JERC) has reviewed renewable purchase obligation (RPO) targets for 2020-21 based on the submitted data from the regions of its jurisdiction. According to the Commission’s analysis, except Chandigarh and Andaman & Nicobar Islands, all other union territories and Goa have failed to achieve their solar RPO targets.

The data was collected from the electricity departments of Puducherry, Lakshadweep, Goa, Chandigarh, Daman & Diu, Andaman & Nicobar Islands, and Dadra & Nagar Haveli. The Commission said it had received data on RPO compliance for the financial year (FY) 2020-21 from six union territories and their plans to meet their targets for FY 2021-22.

After examining the reports submitted by the electricity department of Goa, the Commission noted that while the state had achieved its non-solar RPO target for FY 2019-20, it had a 66.94 MU shortfall in achieving its solar RPO targets.

The state explained that it had established a long-term contract with Solar Energy Corporation of India (SECI) to supply 25 MW solar power and a medium-term agreement with NTPC Vidhyut Vyapar Nigam (NVVN) to supply 6 MW solar power. The state would fulfill short-term solar obligation through solar renewable energy certificates (RECs) and Green-Term Ahead Market.

The Commission directed the state to achieve full compliance for solar and non-solar RPO in FY 2021-22. However, due to the Covid-19 crisis and nationwide lockdown, the commissioning of these projects has been delayed.

The Puducherry Electricity Department submitted that it had signed power purchase agreements (PPAs) with SECI and NTPC for 490 MW. Of which, 250 MW is for solar RPO compliance and 240 MW against its non-solar RPO target. The department claimed that once all power projects would be operational, they would be able to generate around 1,000 MU per year that could help clear the total backlog of its solar and non-solar RPO.

The Commission also emphasized that the backlog is huge because the department has been defaulting on compliance in the past. The Commission warned that it would take appropriate legal action for non-compliance if this continues.

The electricity department of Daman & Diu explained that RECs were not available since July 2020. As a result, the union territory was able to purchase only 192.88 MU of RECs for non-solar RPO compliance.

The Commission stressed that the union territory has a huge backlog at the end of FY 2020-21. It also directed the department to procure physical renewable energy power in every quarter of 2021-22 to reduce the cumulative shortfall in FY 2021-22.

The Commission believed that even if the union territory successfully executed its action plan, it would still have an RPO backlog of 444.02 MU. It directed the electricity department to ensure total compliance of RPO target for FY 2021-22, including backlogs.

The power distribution corporation said that the shortfall in RPO compliance was due to the unavailability of RECs since July 2020. The corporation informed that it had signed a PPA for 50 MW solar capacity with SECI, but the installation was delayed due to land acquisition issues. It also mentioned that they are trying to purchase power from Indian Energy Exchange and ready to sign short-term PPAs with generators supplying solar and non-solar energy.

The Commission reviewed the union territory’s action plan for FY 2021-22 and believed that it could comply with its RPO targets if the action plan is successfully executed.

After examining the Chandigarh Electricity Department’s report, the Commission noted that the union territory had overachieved its solar RPO target by 33.70 MU for FY 2020-21. However, there was zero compliance for the non-solar RPO target, due to which solar RPO fulfilled the entire non-solar target of 24.02 MU.

The electricity department said the non-solar compliance had been zero for this year due to the unavailability of RECs since last year. It also informed that it had signed a PPA with Adani through SECI for non-solar power generation, which has started in May 2021.

The Commission reviewed the action plan submitted by the department and concluded that if executed successfully, the union territory would be able to achieve its entire target for FY 2021-22.

The Commission noted that Andaman & Nicobar Islands had also overachieved its solar RPO targets by 3.24 MU, but there was a non-solar RPO target shortfall of 19.59 MU.

The Lakshadweep electricity department’s report showed that it could not achieve its solar and non-solar RPO targets for FY 2020-21 and has a cumulative shortfall of 16.72 MU.

The electricity department informed that it had signed PPAs with SECI for solar energy. However, the installation of solar projects has not been completed due to the nationwide lockdown because of Covid-19 related limitations.

The Commission expressed its displeasure due to the underachievement of RPO targets and directed the department to submit its action plan within a week from the issue of this order.

In its review of RPO targets for FY 2019-20, JERC had pointed out that only Chandigarh had overachieved its RPO target by 2.66 MU.

India’s target to achieve 175 GW of renewable energy by 2022 would be simply unattainable without the RPO mechanism, which has single-handedly driven the growth of solar and other renewables since its introduction in 2010. But it hasn’t been enough. Enforcing RPO compliance becomes more critical as the government shifts focus to solar manufacturing.