Several states have announced relief measures for their DISCOMs, which do not bode well for India's long-term renewable targets

India’s push towards transforming the energy sector began a decade ago with the formulation of the National Solar Mission. To enforce policies for renewable energy expansion and create demand, the central government introduced the Renewable Purchase Obligations (RPO) mechanism.

Under the RPO mechanism, the obligated entities (which include DISCOMs, open access consumers, and captive power producers) are required to mandatorily source a part of their overall electricity requirement from renewable sources. The RPO targets are set every year by the states and are divided into solar and non-solar based renewable energy.

India’s target to achieve 175 GW of renewable energy by 2022 would be simply unattainable without the RPO mechanism, which has single-handedly driven the growth of solar and other renewables since its introduction in 2010. But it hasn’t been enough. And now, its strict enforcement has assumed greater significance in the face of subdued demand after the outbreak of the coronavirus with states using this as an excuse to shirk away from these obligations.

Since the COVID-19 outbreak, stress has been laid on localizing the supply chain. With the new government policy shift towards “Aatmanirbhar” or self-reliant India, domestic manufacturing has become the primary objective. The government is helping local manufacturers by making imports more expensive through safeguard and basic customs duties.

“With the government putting a lot of focus on domestic manufacturing lately, it is even more important to enforce RPOs strictly. As investments begin to flow into manufacturing and capacity starts ramping up, we need to ensure there is sufficient demand, and that is where RPO enforcement becomes critical,” said Raj Prabhu, CEO of Mercom Capital Group.

India’s distribution companies are known for delaying payments to renewable generators. The pandemic has further exacerbated their weak financial standing, leading to the government announcing several knee-jerk support measures. One of these measures, which is now a cause of concern for renewable generators, is waiving the RPO compliance of state DISCOMs. Some have also allowed them to carry forward their RPO shortfalls to the next financial year.

States like Bihar and Punjab have allowed carry forward of the RPO shortfall. Haryana also waived off RPO backlogs up to 2019 for distribution companies in the state. Others like Karnataka have extended the deadline for compliance considering the lockdown and loss of revenue.

Commenting on these announcements, an executive working with a renewable company said, “These announcements made in the name of COVID-19 make little sense as the lockdown only started in March, but these states had unfulfilled RPO targets way before the pandemic started.”

States like Haryana and Bihar are already far behind in terms of reaching their RPO targets. While Haryana has a deficit of 94%, Bihar is at 76% for FY 2020. While Bihar needs over 1,643 MUs of solar, Haryana requires 3,431 MUs to fulfill their solar RPO requirements for FY 2020.

An official at a Haryana DISCOM told Mercom, “We expect a shortfall of 525 MUs of solar RPO for FY 2020-21. We have signed a PSA with SECI for 830 MW, but a delay in commissioning these projects would result in a shortfall. We are also trying to match the solar RPO demand by KUSUM and state rooftop projects, but due to the pandemic, most of the programs are on hold”.

The pandemic has undoubtedly affected the pace of solar development, DISCOMs’ revenue generation, and RPO compliance trajectory. However, DISCOMs in a majority of the states do not have a good track record in RPO compliance. Historically, DISCOMs have tried to maneuver through the targets by requesting their respective state regulators not to penalize them for late compliance and allow them to carry forward backlogs.

For instance, Maharashtra State Electricity Distribution Company Limited (MSEDCL) recently wrote to the state commission (MERC) requesting it not to impose any penalty on non-compliance of standalone annual targets and cumulative targets of RPO until 2022-23.

Before that, it had suggested changes in the state’s draft RPO regulations, saying that the proposal to revise the solar RPO target of 13.5% by 2024-25 was quite stiff and that despite efforts, it would not be able to achieve them.

A state official told Mercom, “We are making all efforts to meet these ambitious RPO targets by conducting a competitive bidding process. However, the competitive bidding process takes its own course of time, and the response to tenders depends on various other factors beyond the licensee’s control. Further, the commissioning of solar projects would take a minimum of two to three years, and power from these projects would be available for fulfilling RPO only after that period. However, penalizing the DISCOMs for falling short of such stiff RPO targets would only pose an unnecessary burden on DISCOMs and its consumers”.

While the DISCOMs want lenient policies for RPO compliance, the developers feel it could threaten the renewable targets India has set for itself.

An executive at one of the leading utility-scale solar developers told Mercom that the attitude of DISCOMs and these relief measures do not bode well for the 2022 target of achieving 175 GW of renewable capacity.

“Such relief measures like allowing the carry forward and waiving of RPO do not serve any purpose as they only delay the process of renewable procurement,” the executive said. He further explained that renewable procurement should rather be preferred over conventional power by DISCOMs. “The average power purchase cost of solar is much below the conventional sources of energy, making it a lucrative and economically viable option.,” the executive explained.

Another alternative (other than purchasing renewables directly from the generators) for DISCOMs to comply with their RPO targets is to purchase renewable energy certificates (RECs). One REC certifies that the bearer owns 1 MWh of electricity generated from a renewable energy resource. These were generally considered an expensive option with solar RECs traded at as high as ₹2,400 (~$32). But now, the Central Electricity Regulatory Commission (CERC) has reduced the forbearance (maximum) price of solar RECs to ₹1,000 (~$13) and the floor price to zero. This move is expected to encourage the obligated entities to participate actively in the renewable market.

The pandemic has already done enough damage to the pace of solar development in the country through halted construction activity, supply chain disruptions, lack of workforce, looming recession, among several other restrictions. If the states do not strictly adhere to RPO and seek ways to shirk away from it, India’s journey towards its sustainable goals would become much more arduous and perhaps, unachievable.

“RPOs are the only mechanism in place right now to ensure demand visibility. Without strict enforcement of RPOs, the government will be sending mixed messages to the investment community about its seriousness to achieve the installation and manufacturing goals,” added Prabhu. 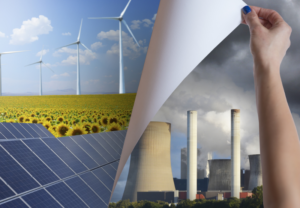