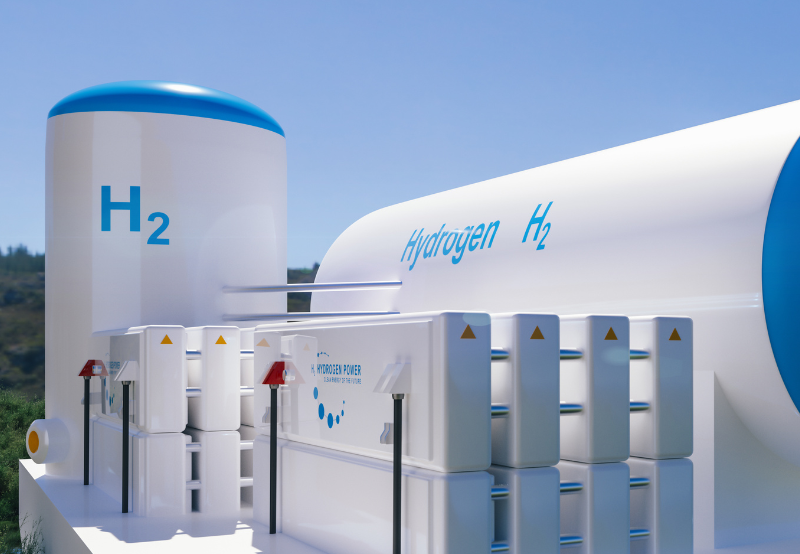 French oil and gas major TotalEnergies announced that it signed an agreement with Adani Enterprises to acquire a 25% interest in Adani New Industries (ANIL) to produce and commercialize green hydrogen in India.

Under the agreement, Adani New Industries would produce one million metric tons of green hydrogen annually until the end of the current decade. The production will be supported by around 30 GW of new renewable power generation capacity, establishing the first milestone in the agreement.

Adani New Industries plans to invest over $50 billion in green hydrogen and the associated ecosystem over the next ten years. In the initial phase, the company will develop a green hydrogen production capacity of 1 million tons a year before 2030.

Adani New Industries will be integrated along the value chain to control green hydrogen production costs, from manufacturing equipment to producing green hydrogen. It has plans for derivatives manufacturing, including nitrogenous fertilizers and methanol, both for the domestic market and export.

The company would initially develop a project to produce 1.3 metric tons of urea extracted from green hydrogen for the domestic market in India. It would invest around $5 billion in a 2 GW electrolyzer fed by renewable power from a 4 GW solar and wind farm for the project.

TotalEnergies’ CEO Patrick Pouyanné said, “TotalEnergies’ entry into ANIL is a major milestone in implementing our low carbon hydrogen strategy. We not only want to decarbonize the hydrogen used in our European refineries by 2030, but we also aim to pioneer the mass production of green hydrogen to meet demand, as the market will take off by the end of this decade. The future production capacity of 1 Mtpa of green hydrogen will be a major step in increasing TotalEnergies’ share of new decarbonized molecules – including biofuels, biogas, hydrogen, and e-fuels – to 25% of its energy production and sales by 2050.”

Last September, the Adani Group announced that it would invest $20 billion in renewable energy generation and green hydrogen production, among other things, over a decade.

In early 2021, TotalEnergies acquired a 20% minority interest in Adani Green Energy from Adani Group for $2.5 billion.