Solar deployments increased by 25% YoY in Q2 to 106 MW, the highest in four years 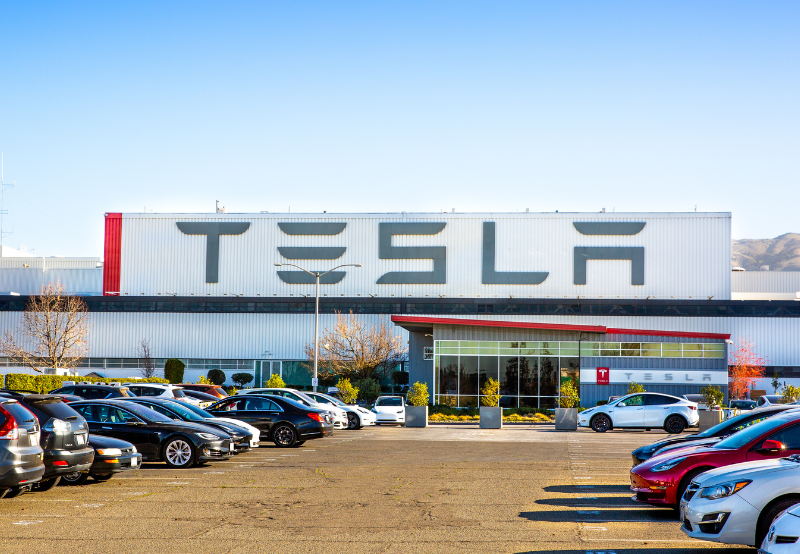 The revenue growth can be attributed to the growth in vehicle deliveries, increase in average selling price of vehicles, and growth in other parts of the business.

The U.S.-based electric vehicle manufacturer recorded a revenue of $14.6 billion for its automotive segment, a YoY increase of 43% compared to $10.2 billion during the same period last year. The revenue reduced by 13.4% compared to $16.86 billion in the previous quarter.

Despite the Shanghai factory being fully shut down and then partially for the majority of Q2 2022, the company ended the quarter with a record monthly production level.

In Germany, Tesla produced more than 1,000 Model Y vehicles in a week, using 2,170 cells. The company expects the production rate to continue improving throughout the year.

Elon Musk, CEO of Tesla, said, “The last quarter was a unique quarter for Tesla due to a prolonged shutdown of our Shanghai factory. But despite the challenges, it was one of the strongest quarters in our history. We achieved a significant milestone of 1,000 cars a week in June. And we are expecting our Giga Texas to exceed the 1,000 vehicles per week milestone, hopefully in the next few months. Also, it is worth emphasizing that we have enough 2,170 cells to satisfy all vehicle production for the remainder of the year. So we are not dependent on 4,680 cells. The 4,680 cells will be important next year, but it is not important for this year.”

Solar deployments increased by 25% YoY in Q2 to 106 MW, the strongest quarterly result in over four years. The company added that despite import delays on certain solar components, the company expanded its supplier base to enable growth in this business.

Energy storage deployments decreased by 11% YoY in Q2 2022 to 1.1 GWh due to semiconductor challenges. The company stated that the demand for storage products remained more than the ability to supply. Tesla is in the process of ramping production at the dedicated Megapack factory to address the growing energy storage demand.

The company’s production ramps in Austin and Berlin-Brandenburg would be influenced by the successful introduction of many new products and manufacturing technologies in new locations and ongoing supply chain-related challenges. The company is progressing on the industrialization of Cybertruck, which is currently planned for the Austin production facility after the Model Y ramp.

Tesla produced more than 1,000 vehicles in a single week at Gigafactory Berlin. From the Austin factory, the first vehicles with Tesla-made 4,680 cells and structural battery packs were delivered to U.S. customers.