One of the leading hypermarket chains in Thailand, Tesco Lotus, has entered into a partnership with Singapore-based Cleantech Solar to install and operate solar rooftop systems across 19 stores in the country.

As per the company statement, Tesco has signed a power purchase agreement (PPA) with Cleantech Solar, in line with Tesco’s commitment to source 100% of its electricity from renewable sources by 2030.

The PPA has been signed for 21.5 GWh of clean energy and would cut down carbon emissions by nearly 12,515 tons a year.

According to the agreement, Cleantech Solar will provide the design, installation, operation, and maintenance of the solar systems, and Tesco Lotus will have access to renewable energy without any capital investment.

Speaking about the agreement, Miroslav Friml, property director at Tesco Lotus said, “Tesco Group has set a target to source 65% of our electricity from renewable sources by 2020 and 100 percent of it by 2030, as part of our larger commitment to become a zero-carbon business by 2050.”

“In 2016, we began installing rooftop solar panels at eight hypermarkets and five distribution centers. With the added capacity this year, Tesco Lotus will generate nearly 36.5 GWh of clean energy every year. Tesco Lotus is excited to be in partnership with Cleantech Solar, which has proven a track record in delivering and operating high-performing PV systems across different geographies,” he added.

Echoing similar sentiments, Raj Shukla, Founder, and Executive Chairman, Cleantech Solar, said, “We are extremely delighted to have been selected a long-term solar partner by a retail giant like Tesco Lotus to finance solar projects across multiple sites in Thailand. This partnership represents another success for our team to deliver reliable solar solutions to leading corporations.   We are proud to be a part of Tesco Lotus’s sustainability journey and help them in achieving their renewable energy goals.”

In August this year, Bosch Automotive Technologies (Thailand) and Cleantech Solar entered into a partnership for a 1 MW solar photovoltaic system, which is going to be built on-site at Bosch’s first smart factory in Thailand. As per the deal, solar modules will be installed on the rooftop of Bosch’s Hemaraj factory.

As reported by Mercom last year, Singapore-based Cleantech Solar received a $50 million equity investment from Climate Fund Managers (CFM). The investment is expected to help Cleantech Solar grow its portfolio across commercial and industrial sectors to over 45 MW to generate over 600 GW of clean electricity per annum and reducing carbon emissions by nearly 500,000 tons per year. 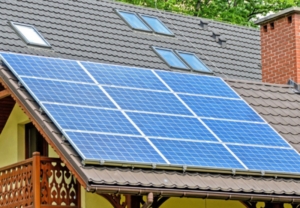