The investment will likely help Cleantech Solar grow its portfolio across commercial and industrial sectors to over 450 MW with a goal to generate over 600 GWh of clean electricity per annum, reducing carbon emissions by almost 500,000 tonnes per year.

Of late, the demand for clean energy from corporations has been constantly increasing. This demand is mainly driven by a combination of increased focus on emission reduction, minimizing risk exposure to volatile energy markets, and a unique opportunity to replace grid supplied power with lower cost solar electricity.

Cleantech Solar is expected to  capitalize on its solar expertise in providing power projects to multinationals and leading local corporations in Asia. Climate Fund Managers, with the support of the Dutch Development Bank, FMO, and Sanlam InfraWorks, is bringing access to prime, long-term institutional capital, to further strengthen the company’s balance sheet and sustain its future expansion.

CFM is a fund manager dedicated to securing a sustainable future through investing across global emerging markets. It is a cooperative incorporated under the laws of the Netherlands, established as a joint venture between the Dutch Development Bank, FMO, and Sanlam InfraWorks – part of the Sanlam Group, of South Africa. The fund has $535 million of assets under management.

Andrew Johnstone, Climate Fund Managers CEO stated in a media release, “CFM, having recognised the enormous potential in the commercial & industrial solar market, are extremely pleased to partner with Cleantech Solar, a leading player in the Asia-Pacific, with a focus on quality and safety. We are excited to leverage the local expertise and resources that they bring alongside financing provided by Climate Investor One in order to provide renewable energy solutions to even more businesses and organizations with regional manufacturing footprints.”

According to the company, Cleantech Solar owns and operates over 120 solar power projects across India and South-East Asia, representing 200 MW of projects, including a few in the pipeline. This includes installations in India, Cambodia, Malaysia, Thailand, the Philippines, Vietnam, and Singapore.

In February 2018, the company announced that it will develop rooftop solar projects aggregating 27 MW in three Asian countries.

Industries in South-East Asia and India have begun pushing the growth of rooftop solar within the renewable energy sector, and Cleantech Solar has received the backing of some strong investors.

This is a welcome development for the expansion of green energy in the Asian region as most parts of South-East Asia and India are still developing, and their citizens lack the ability to purchase rooftop solar PV systems.

The Indian solar sector received investments to the tune of $1.86 billion in the second quarter (Q2) of calendar year (CY) 2018 according to Mercom India Quarterly Market Updates. This is a decline of 26 percent quarter-over-quarter compared with $2.5 billion that poured into the sector in Q1 CY 2018. 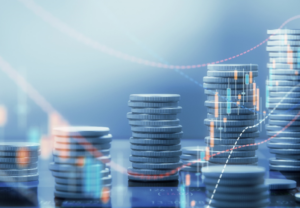 Shapoorji Pallonji to Offload 1.25% Stake in Sterling and Wilson