The companies had claimed the refunds under the Telangana Solar Policy, 2015 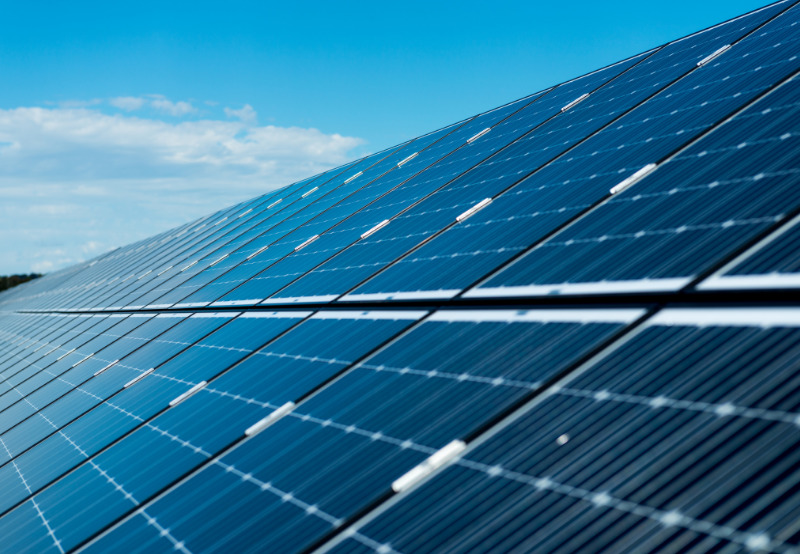 The Telangana government has approved the release of ₹400.19 million (~$5.48 million) to Mytrah Agriya Power and six other solar firms toward the refund of State Goods and Services Tax (SGST) and Value Added Tax (VAT) on inputs used for establishing solar power projects.

The refunds will be distributed among the seven solar power developers as follows: 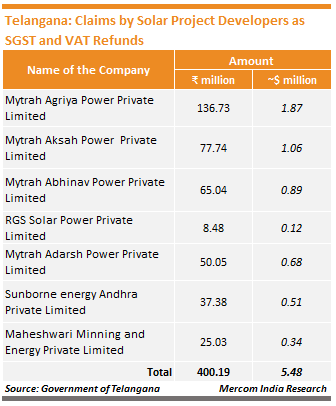 The companies had claimed SGST and VAT refunds as per the Telangana Solar Policy, 2015. The Energy Department will arrange to credit the refunds in the solar developers’ accounts.

Last year, in a budget release order, the Telangana government authorized the release of ₹58.3 million (~$789,059) to two solar project developers in SGST and VAT refunds. The state had then approved an amount of ₹26.072 million (~$352,847) to be paid to Pratamesh Solar Farms Limited, a ReNew Power subsidiary. It also allowed the transfer of ₹32.23 million (~$436,212) to SE Solar Limited, a Suzlon Energy subsidiary.

The Central Electricity Regulatory Commission has declared that the introduction of GST falls within the scope of the ‘Change in Law’ clause for power purchase agreements. Per the order, any additional costs borne by solar developers due to the imposition of GST are to be reimbursed.

The CERC also ordered government agencies to compensate solar power developers by giving them an upfront lumpsum payment, which they would have incurred as an additional capital expenditure after the introduction of the GST Law. It also asked them to make adjustments in the quoted tariff because of the additional operating and recurring expenditure that will incur for the entire term of the project.

Even after these orders being passed, developers across various states are facing delays in reimbursements. To address the issue, Mercom had reported that MNRE in a circular stated that GST and safeguard duty compensation to solar project developers should be paid within 60 days of the submission of claims by the petitioner. The ministry had said that there was no need for the developers to approach the CERC for each case.

The CERC has also ruled for the additional tax burden on the engineering, procurement, and construction cost after the GST Laws to be reimbursed.