MNRE has asked stakeholders to install bird diverters as per norms 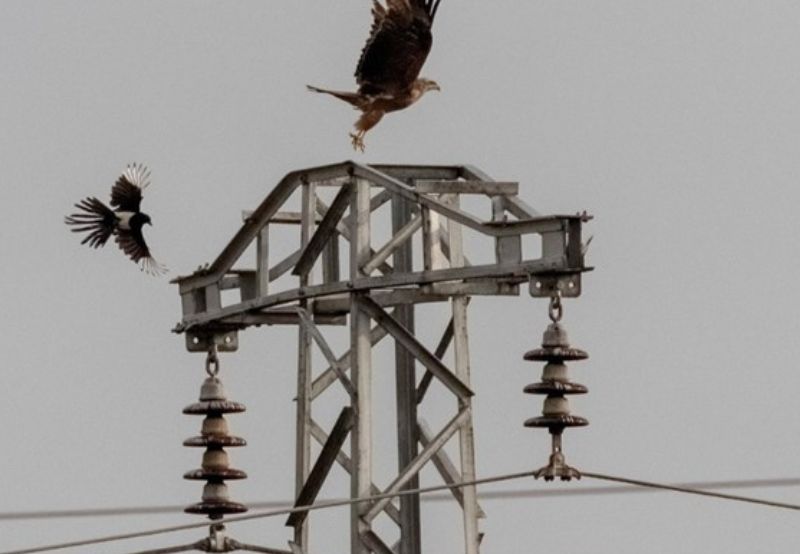 The Supreme Court is likely to apprise itself of the status of the installation of bird flight diverters atop power transmission in the habitat of the endangered Great Indian Bustard (GIB) this week.

At its last hearing on November 30, 2022, the apex court had directed the committee of experts to file the status report within six weeks on the steps taken to install bird diverters in consultation with the Central Electricity Authority (CEA). It had directed the petitions in the case to be posted for hearing on January 18, 2023.

Earlier this month, the Ministry of New and Renewable Energy (MNRE) notified all renewable energy stakeholders to abide by the directions of the Supreme Court to install bird diverters on overhead power lines in the GIB priority habitat in Rajasthan and Gujarat in accordance with the quality norms laid down by the court committee.

The committee had issued the technical specifications for bird flight diverters in a report on May 31 last year.

At its last hearing, the court had observed that the installation of bird diverters in the GIB priority areas was not complete, although some progress had been made on the ground.

It had said that the direction for estimating the required member of bird diverters based on the actual length of transmission lines was still to be complied with.

Counsel for the petitioner had submitted that a male and female bird of the endangered species had died in April and October. He had also referred to a news report that in November 2022, three Bustard deaths were reported in a captive breeding center at Jaisalmer.

The Supreme Court has directed the Chief Secretaries of Rajasthan and Gujarat to ensure that within the priority areas, a comprehensive exercise is undertaken in six weeks to assess the total length of transmission lines, and the estimated number of bird diverters required for the purpose. It had also asked the experts committee to file an updated report before the next date of hearing on the status of the applications which have been submitted to it and those that have been cleared.

About 65 GW of wind and solar energy projects lie in the priority and potential habitat of the birds in renewables-rich Rajasthan and Gujarat. The Wildlife Institute of India went to the Supreme Court seeking ways to prevent the deaths of the GIB and Lesser Florican bird species. The court had directed undergrounding of transmission lines and installations of bird flight diverters where undergrounding is not feasible.