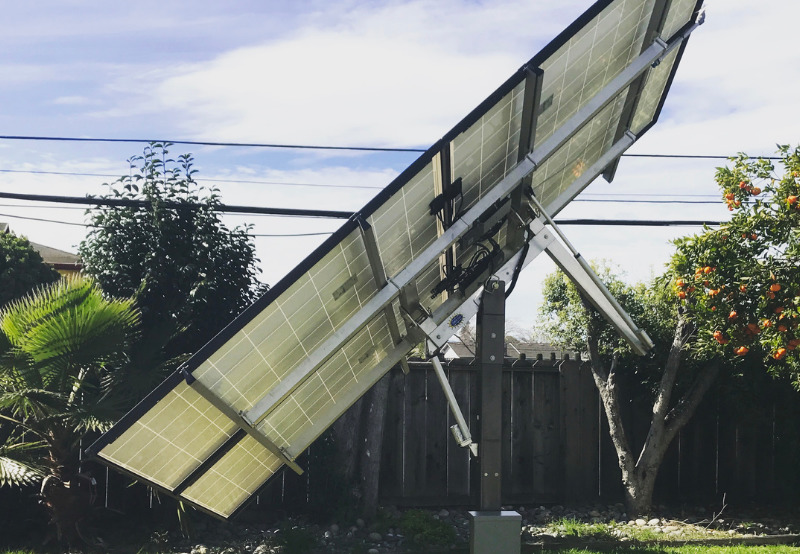 The company is a holding company that manufactures and supplies horizontal single-axis solar trackers and provides installation and maintenance services through its subsidiaries.

Soltech had a strong revenue base during the year, improving every quarter driven mainly by tracker supply and other construction services.

EBITDA has shown a steady improvement throughout the year due to the measures taken by Soltec to mitigate the impact of market disruptions, mainly caused by international logistics, as well as the shortage of personnel resources in certain countries.

In 2021, the company signed the three-year framework agreement with Acciona Energía to supply solar trackers for various projects, starting with a photovoltaic park in the province of Cuenca in Spain. It signed a contract with Moss & Associates to supply to projects in Colorado, United States, with an installed capacity of 700 MW.

The company signed two new contracts for supplying solar trackers for projects in Peru and Colombia with a total of 610 MW and an agreement for the supply and setting up of its SF7 tracker with Metka EGN (Mytilineos Group) for a 50 MW project in Jaén, Andalusia. 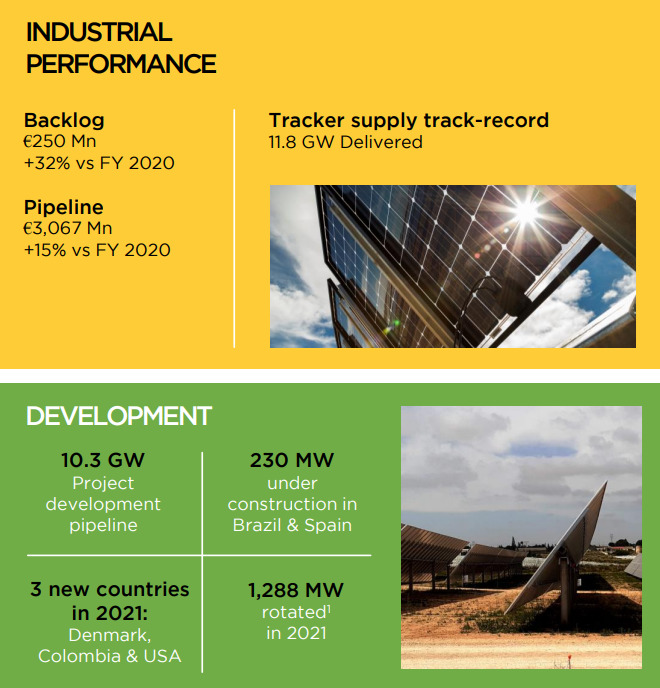 The company’s photovoltaic projects development division ended the year with a pipeline of 10.3 GW at different stages of development, distributed into 722 MW of backlog (portfolio signed orders), 3.04 GW at an advanced stage, 2.6 GW at an early stage, and 3.9 GW of identified opportunities.

By 2021, the project development division has been able to rotate 1,288 MW of its asset portfolio in Italy and Spain, recording an operating EBITDA of €10 million (~$11.09 million). Three separate agreements drove these rotations— the first agreement for the partial rotation of 95 MW in Spain to Total, a second contract to partially rotate 772 MW to Aquila Capital in Italy, followed by a third agreement for the partial rotation of an additional 421 MW in Italy to Aquila Capital.

In October 2021, Powertis, a Spanish company dedicated to developing solar PV projects that belongs to Soltec Power, had completed the agreement signed with Aquila Capital for the joint development of solar PV projects in Italy.

In July 2021, Soltec Power Holdings’ global solar PV project development division and Banco de Nordeste do Brasil signed an agreement to finance a new solar PV project in Brazil amounting to €86 million (~€101 million). The Graviola project is located in the municipality of São João do Piauí (Brazil) and will have an installed capacity of 375 MW.