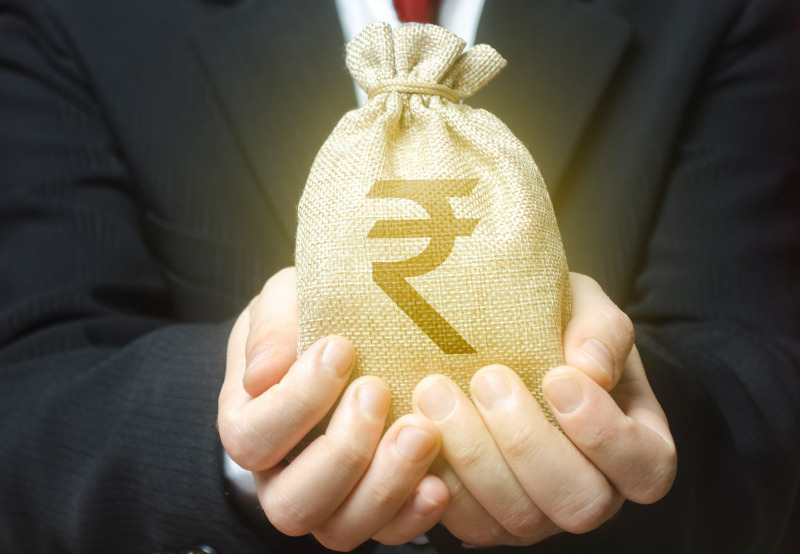 India is looking at some large capacity additions in the years ahead to reach the target of 300 GW of solar by 2030. The country’s cumulative installed solar capacity at the end of Q3 2021 stood at approximately 47 GW, according to Mercom India Research’s Q3 2021 India Solar Market Update.

With the Union Budget to be tabled on February 1, 2022, the solar sector has pinned high hopes on the Union Finance Minister Nirmala Sitharaman to deliver the goods for the Indian solar industry.

Mercom spoke to solar companies to gauge the mood of the industry and their expectations from the upcoming budget.

Gyanesh Chaudhary, Vice Chairman and MD of Vikram Solar, pitched for the imposition of BCD on solar cells and modules and increasing the outlay for the PLI program. He also wants the finance ministry to consider a 5% interest subvention on term loans, working capital, and upfront central financial assistance of 30% on capital expenditure (CAPEX) for solar manufacturers.

“Further, to encourage domestic solar manufacturers to build scale with quality, the government should consider capital subsidy of 50% for setting up R&D and quality testing infrastructure within the manufacturing unit and super deduction of 200% for R&D expenses for solar technology development.  The upcoming budget must also consider allowing clearance from Special Economic Zones (SEZ) units to Domestic Tariff Areas (DTA) on duty forgone basis. Additionally, we also recommend allowing conversion of SEZ units into DTA and permitting them to continue operating from the same infrastructure with enabling policies,” noted Chaudhary.

Chaudhary has further asked for enhancing the export incentive-Remission of Duties or Taxes on Export Product (RoDTEP) rates and ensuring it includes AA (Advance Authorisation) along with SEZs. RoDTEP, a new program implemented from January 1, 2021, ensures that the exporters are refunded on the applicable taxes and duties previously non-recoverable. The Advance Authorization program allows duty-free import of inputs physically incorporated in an export product.

SK Gupta, CFO of Amp Energy India, wants the government to provide adequate incentives and tax relief to industry to help India become a renewable manufacturing hub. Gupta also wishes a stable and enabling policy landscape to ensure investor interest in the less tapped C&I and battery storage segments. Strengthening transmission lines and storage infrastructure to integrate renewables and the GST rollback on renewable equipment to 5% from 12% are other initiatives Gupta looks for in the Budget.

Bharat Bhut, Co-founder, and Director, Goldi Solar, said, “Incentives and targeted policies for manufacturers of solar raw materials need to be introduced to ensure a strong and self-reliant domestic solar manufacturing ecosystem. The focus should also be on creating skilled professionals in cell and wafer manufacturing. Further, the government must provide capital subsidies or tax credits for the establishment of R&D centers to reduce reliance on outsourced technology.”

Speaking to Mercom, Vinay Pabba, CEO and Founder of VARP Power, said, “For the grid-scale segment, the government should mark out a clear and long-term trajectory of BCD on solar cells and modules. It should announce the re-purposing and ring-fencing of coal cess, to be used exclusively for energy transition purposes. The government should also clearly define the allocations for the PLI program. The government should provide a level playing field for the DTA and non-DTA units when they clear modules and cells to DTA.”

“The government should provide direct and indirect incentives to domestic solar original equipment manufacturers (OEMs), and they should also provide R&D incentives to solar OEMs to upgrade technology,” he added.

“Incentivizing technology adoption in the renewable energy and storage space will be the key to enabling smarter products that allow energy independence. We hope that this year’s budget provides additional sops or incentives to boost the use of renewable energy solutions for various applications that include commercial, industrial, residential, and off-grid. This move will help to encourage the adoption of green technology, which is vital to building a sustainable and zero-emissions future,” said Rahul Kale, Founder and CEO of Sunpower Renewables.

Support for the rooftop segment and new technologies

The industry expects long-term policy stability and help for the rooftop segment, which has still not taken off due to insufficient policy support.

“There should be tax breaks for households going solar for the rooftop segment, and there should also be graded concessions for the commercial and industrial (C&I) segment. The government should also roll back the central financial assistance (CFA) program for residential solar. There is also a need to look at the removal of goods and services tax (GST) on renewable energy certificate (REC) sales,” Pabba noted.

“The weakest link at the distribution end remains to be addressed. Distributed solar is an important element of the energy transition. It will be useful for the country to provide tax rebates to the residential solar prosumers so that solar rooftop and storage can pick up in a big way. The solar rooftop provides huge benefits like-new transmission requirements, ideal roof spaces, and increased employment. This will also involve the citizens in a big way in fulfilling the country’s vision of a green economy,” noted Sanjeev Aggarwal, MD, and CEO Amplus Solar.

Financial aid for the sector

Stressing the need for financial help for the sector, Manjesh Nayak, Co-founder of Oorjan Cleantech, said that the budget should provide much-needed financial support to the solar industry. Hit by the pandemic, increased hardware costs, and proposed BCD, the sector needs both direct and indirect tax laws.

“The production-linked incentive (PLI) program should cover more aspects of hardware and technology. Tax holidays, land subsidies, and the creation of solar hardware and service-focused economic zones will go a long way in boosting domestic production and reducing hardware costs. On the demand side, creating clear policies to provide relief in taxes to residential consumers or providing accelerated depreciation benefits to commercial users will incentivize solar adopters. Furthermore, policy level support to DISCOMs to move toward renewable sources and cap their commitments on thermal power would be the key. The budget 2022 should be revolutionary enough to help India sprint towards its renewable energy target of 500 GW by 2030,” said Nayak.

With solar installations expected to reach record highs in 2022, expectations are higher from the government to protect the domestic manufacturers and provide a policy push with incentives to spur demand and attract investments.

Here’s a look back at the industry’s expectations from the Budget 2021.