Here is the Solar Industry Wishlist for Budget 2021

Mercom spoke with solar industry stakeholders for their wishlist from the Union Budget, which will be tabled on February 1, 2021 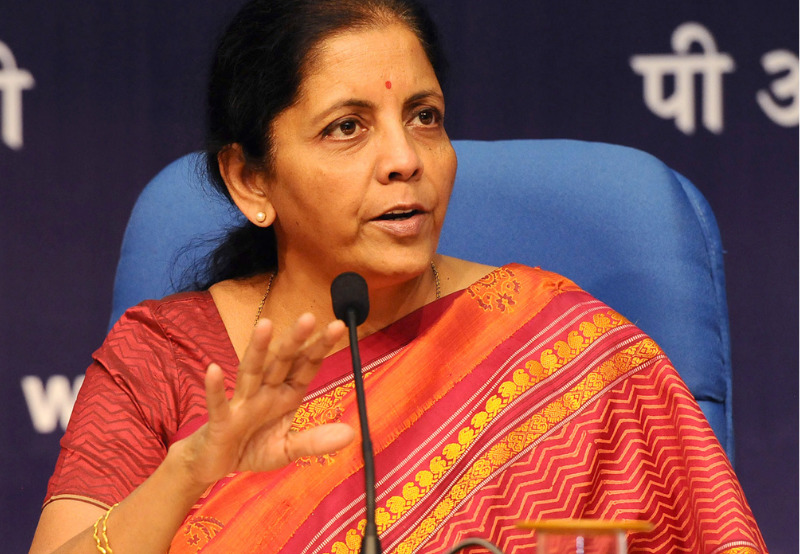 Riddled with a pandemic and the subsequent lockdowns, 2020 was a year everyone wants to forget. The year was also adverse for the solar industry, which saw manufacturing and installations drop, hampering its growth.

Solar installations fell 81% from 1.1 GW installed in the first quarter to just 205 MW in the second. The rooftop solar market, which was already struggling, crashed in Q2 due to disruptions from COVID-19. Installations in Q2 were the lowest since the second quarter of 2016.

Certain policy decisions, including the recent one that proposes to cap net metering at 10 kW capacity for rooftop solar installations, threaten the entire rooftop solar segment.

The Union Budget will be tabled on February 1, 2021, and stakeholders are keenly waiting to hear what Finance Minister Nirmala Sitharaman has in store for the solar sector. In the Budget for 2020-21, ₹220 billion (~$3.08 billion) was allocated for the power and renewable sectors.

Mercom spoke with several solar players in India to gauge their expectations from the government in the new financial year.

Chairman and Managing Director of Hero Future Energies, Rahul Munjal, expects fresh momentum in the wind and solar capacity growth. Unified bidding guidelines and tangible benefits from the Electricity Act coupled with   of distribution companies, and significant progress in the green energy corridor top his wish list. He also expects more innovative tenders like the round-the-clock, peak power, and wind-solar hybrid to take the lead. According to him, energy storage and green hydrogen should be the next priority programs of the government.

Pratik Agarwal, MD, Sterlite Power, said, “Towards the vision of ‘Atmanirbhar India’ and building 450 GW renewable energy capacity by 2030, this budget should focus on investment into building transmission infrastructure for the efficient carriage of renewable energy, DISCOM reforms to improve the overall financial health of the electricity value chain.”

According to Bharat Bhut, co-founder and director, Goldi Solar, “Enthusiasm from both state and central governments are essential in giving the much-needed push for solarization. If these policies are refined and implemented, we believe that the budget can prove instrumental in realizing India’s ambitious target of 450 GW by 2030.”

SK Gupta, CFO Amp Energy India, told Mercom that the government’s policies should provide synergy to expedite further the growth of the industry by – covering renewables under priority sector lending with competitive interest rates; remove bid bond/performance bank guarantee requirements from central and state bids as the industry has matured.”

According to Hartek Singh, CMD Hartek Group, “The Finance Minister should put into place a comprehensive policy and regulatory framework to encourage firms to invest more in innovation and technology with the larger objective of bringing about a transformation in the power sector. The skewed tariffs of downstream distribution utilities should be rationalized vis-à-vis the cost structure to optimize cross-subsidy and create competitiveness in the industry. Measures to facilitate timely payments from states to upstream utilities will take care of cash flow constraints.”

Indigenous manufacturing with a focus on R&D

Saibaba Vutukuri, CEO of Vikram Solar, told Mercom that there is an immediate need to build a robust ecosystem for indigenous solar manufacturing and making it cost-competitive to achieve the government’s vision of ‘Aatmanirbhar Bharat.’

“We are hopeful of initiatives and policies for scaling up domestic solar manufacturing. We need a comprehensive policy framework encompassing both tariff and non-tariff barriers, long term financial support, and direct incentives to make the domestic solar industry cost-competitive.”

He also added that offering a capital subsidy of 50% for setting up research and development (R&D) and quality testing infrastructure within the manufacturing units will help build scale. “Super-deductions of 200% of the R&D expenditure for new and clean solar technology development should be allowed. India already offers super-deduction of 200% of the R&D expenditure in emerging areas such as biotechnology, which has led to the rapid growth of Indian biotech and pharma companies.”

According to Avinash Hiranandani, Global CEO and Managing Director, RenewSys, “Technology and R&D are areas that will help the solar manufacturing industry stay ‘Aatmanirbhar’ (self-reliant) in the long run. Hence some incentives to support investments in this area are also much sought after.”

National Solar Energy Federation of India (NSEFI) Chairman Pranav Mehta expects the government to provide clarity in the Budget on the issue of basic customs duty (BCD) and safeguard duty (SGD) along with timelines. “This will go a long way in ensuring minimal disruption for upcoming projects while giving confidence to companies who wish to invest in solar manufacturing in India,” he said.

Endorsing Mehta’s view, RenewSys’s Avinash Hiranandani said, “If BCD can be formalized at the earliest, it will help Indian module manufacturers in planning long-term investments.”

Vinay Pabba, Founder and CEO of VARP Power, concurs. “Positive indications on the BCD and SGD in the Budget would greatly help companies.”

“Budget 2020 contained enabling provisions for raising the tariff rates on solar cells and modules by up to 20%. However, solar cells and panels have been exempted from BCD. The MNRE has been fairly vocal about the impending rises in BCD as part of the ‘Atmanirbhar Bharat’ narrative. These provisions also validated the Ministry of Finance’s intent to raise BCD on cells and modules. The single biggest expectation from the Budget is clarity on BCD for cells and panels going forward.  The uncertainty on the duty structure has not been healthy,” he added.

Saibaba Vutukuri of Vikram Solar also weighed in on duties, saying that the government should consider implementing tariff barriers like BCD/SGD/anti-dumping Duty for at least four to five years.

Bharat Bhut of Goldi Solar told Mercom, “We hope that the Union Budget 2021 offers clarity and immediate implementation of the basic customs duty on solar cells and modules.”

According to NSEFI’s Pranav Mehta, “The next aspect which has been a long-standing demand of the industry is the rationalization of Goods and Services Tax (GST). The present division of 70-30 should be revised to 90-10 for BoM (bill of materials) and services respectively.”

Vinay Pabba said, “Current GST is not applicable on power, as it not considered ‘Goods.’ Bringing power generating units under GST would enable the repair of a ruptured GST value-chain and allow developers to utilize the credit accumulated on inputs and capital goods used in the generation of renewable power, while also opening up a revenue stream for the government. This applies to the entire power sector and not just renewables.  It may be a good time to revisit this suggestion in the Budget.”

Suntuity REI‘s Imaan Javan said, “Implementation of timely reimbursements and refunds of VAT (Value Added Tax) and GST will relieve the tax burden on the cost-intensive sector caused due to the introduction of GST law. In addition to this, corporates must also be educated about the benefits of the transition to sustainable energy.”

According to SK Gupta of Amp Energy, the government needs to remove anomalies in indirect tax laws and provide a composite rate of GST at a concessional 5%, expediting eligible refunds due under the current inverted duty structure.

Saibaba Vutukuri wants the finance ministry to consider 5% interest subvention on the term loan and working capital, upfront central financial assistance of 30% on capital expenditure, and increase export incentive from 2% to 8% under ‘Remission of Duties or Taxes on Export Product’ (RoDTEP) which will aid indigenous solar manufacturing.

Hiranandani said that another policy measure that the government was looking for was the Performance Linked Incentive (PLI) program. “If it is indeed made applicable to multiple players, its impact will be more widespread.”

Bharat shared the same sentiments and stated, “The solar manufacturing industry is also eagerly awaiting the PLI program for high-efficiency modules to come into effect. Subversions and supportive policy measures, incentives, and financial support need to be provided to local suppliers to strengthen the auxiliary industry and eventually make the domestic solar industry and the ecosystem cost-competitive.”

Sushil Sarawagi, the Founder of Kor Energy, said that the outlay for renewable energy should increase in this Budget. “We also expect lower rates of interest for the C&I sector to embrace rooftop solar installations willingly. There should be capital and interest rate subsidy for MSMEs to boost manufacturing in the solar segment.”

On Vinay Pabba’s wishlist is a review of the import duties on imports of lithium-ion batteries used for energy storage.”The duties on li-ion batteries remain oppressive because of their dual-use nature. Renewable energy from solar and wind needs to be hybridized with storage for a steadier load profile while taking away intermittency, which is the Achilles heel for renewables. Li-ion batteries have a huge role to play here. An end-use tied exemption for import of li-ion batteries, battery management systems for use in energy storage systems will reduce the cost of hybrid power,” he said.

He pointed out that most of the indigenous existing and upcoming manufacturing capacity of solar cells and modules are in the special economic zone (SEZ). “The anti-dumping duties imposed by the U.S. on Chinese solar modules present an opportunity for Indian manufacturers. However, a problem arises when they try to cater to domestic demand. When they do this, they are treated as foreign vendors and are subjected to safeguard duties. This aspect is currently a grey area, with provisional assessments being resorted to by the department. An explicit exemption on Domestic Tariff Area (DTA) levied on SEZ units will remove this grey area.”

Gupta opined that duty exemptions on imported modules should be extended to ensure there is no demand-supply mismatch.

As the industry recovers from the pandemic and steps into a market with large opportunities, the hopes are pinned on the government to protect the domestic manufacturers and provide a push with financial incentives.

Here is a look back at the industry expectations from Budget 2020, the announcement, and the details that followed.