Solar Project Cost to Increase by 24% with Basic Customs Duty on Modules: Interview 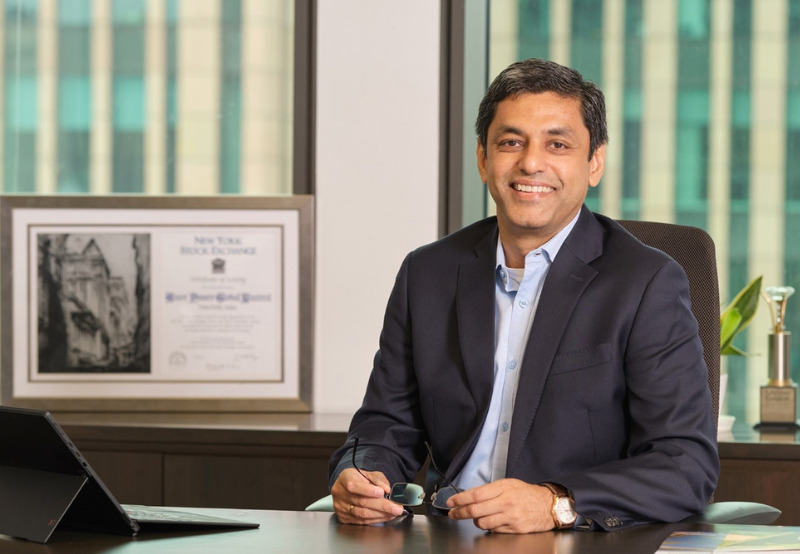 The Indian solar industry is gradually returning to normalcy after facing several challenges in the past two years due to the Covid-19 pandemic and adverse market conditions. The second quarter (Q2) of 2021 witnessed a 19% quarter-over-quarter growth

As of Q2 2021, independent solar power producer Azure Power has 2 GW of operational solar capacity, and another 5.4 GW capacity is in the pipeline.

Mercom spoke to Ranjit Gupta, Chief Executive Officer of Azure Power, to discuss the company’s plans and his perspective on the solar industry and existing policies.

1. How is the solar market for Azure in India currently?

Azure Power has been a pure-play solar power producer, and at present, we have one of India’s largest solar power portfolios. With the recent win in the hybrid and wind projects, Azure is diversifying into other renewable energy domains. With the Government’s renewable energy target of 450 GW by 2030, the share of renewable energy is only expected to increase in the overall energy mix in the country. Azure will also continue participating in solar, wind, and hybrid projects with or without storage opportunities and maintaining its leadership position. We are also witnessing a push for green hydrogen demand and expect stabilization of storage costs over time. Azure will keep a close watch on the opportunities to increase the size of our addressable market by foraying into other areas of renewable energy.

2. Could you shed light on Azure’s agreement with OMERS Infrastructure? How will it help Azure?

OMERS is one of the largest pension funds from Canada with a long-term view on infrastructure investments. OMERS recently acquired a 19.3% stake in Azure Power, earlier held by International Finance Corporation (IFC) and IFC Global Infrastructure Fund (GIF). This was a private transaction between OMERS and IFC, and there was no agreement with Azure as such. IFC has been a supporter of Azure since 2010 and has paved the way for patient pension fund investors like OMERS, with which we expect long-term capital support to continue.

3. Do you expect procurement challenges as ALMM takes effect?

We view the Approved List of Models and Manufacturers (ALMM) as a positive step towards maintaining quality renewable energy assets in India. Currently, the ALMM list has a capacity close to 8 GW, which may be constraining and pose near-term challenges for developers while planning their procurement. However, we believe this is temporary. With domestic manufacturers’ capacity ramp-up plan, more capacity will be added to the ALMM list. With the right policies in place for these supply transitions, it is a matter of time that these challenges become streamlined.

4. Do you think domestic module manufacturers can meet the demand of solar developers?

The domestic manufacturing industry has limited annual operational capacities of around 2.5 GW for solar PV cells and approximately 8-10 GW for solar PV modules. India has an ambitious target of setting up 450 GW of renewable capacity by 2030. To achieve the target, around 25-30 GW solar energy capacity will need to be installed every year till 2030. With the Government’s introduction of the PLI scheme, we expect an additional 8-10 GW of solar modules capacity addition by next year. The Government is focusing on making India a manufacturing and export hub in the long run. The Government should also focus on the energy demand plan.

The imposition of basic customs duty (BCD) on solar cells and modules will increase solar tariffs because of a rise in overall project costs. The 40% BCD on solar modules is expected to increase the capital cost by 23-24% as modules account for approximately 55% of the capital cost. The imposition of BCD on imported solar cells and modules is a positive for domestic solar manufacturers as it is expected to improve the competitiveness of domestic cell/module manufacturers. However, the extent of benefit would also depend on imported PV module prices, especially from China.

6. What issues are solar developers currently facing? Do you suggest any changes to address these issues?

Since the pandemic, developers have faced multiple issues like raw material shortage, supply chain disruptions, sharp price rise, renegotiations of supply contracts, high manpower cost, and increased overheads. Restrictions during the pandemic have caused delays to projects, which have received scheduled commissioning date (SCD) extensions on the power purchase agreements; however, they still await alignment with Long-term Access (LTA) timelines as per the revised project SCD.

With the implementation of BCD from April 2022, the industry is also witnessing arbitrary price hikes and renegotiation of supply contracts by module manufacturers, which is putting the already stressed under-construction projects at huge risk. The industry would also need Government’s support in monitoring and regulating the arbitrary price rise across the supply chain. Action has to be taken to discourage such suppliers from non-adherence to contractual terms.

The Ministry of New & Renewable Energy (MNRE) has supported the industry by giving extensions for projects. However, the extension is conditional and does not cover ‘change in law,’ which may adversely impact developers from future tax and duty impositions. The extension should be unconditional as these projects are already stressed due to multiple lockdowns, supply chain disruption, and an exponential increase in commodity prices.