Solar Energy Would Double the Demand for Base Metals by 2040: Report 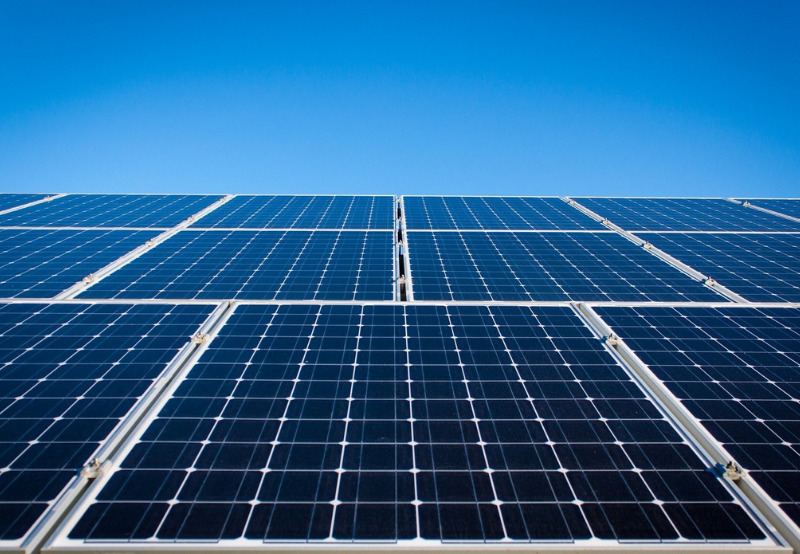 Solar energy will significantly impact demand for aluminum, copper, and zinc as the usage of all three materials is set to double by 2040, Wood Mackenzie said in a recent report.

The report stated that the demand for base metals is expected to surge due to the greater need for solar power as governments aim to fulfill their commitments to limit global warming to 2 °C and beyond. In addition, the global energy transition and country-level decarbonization targets would create new markets for non-ferrous metals in the upcoming years.

According to Wood Mackenzie’s base-case scenario with 2.8-3˚C global warming, the demand for aluminum for solar technologies is expected to rise to 4.6 million tons by 2040 from its demand of 2.4 million tons in 2020. However, as per Wood Mackenzie’s Accelerated Energy Transition (AET) scenarios, aluminum consumption for solar technologies would be around 8.5 – 10 million tons by 2040. The demand for aluminum from the solar sector is expected to increase around 12.6% in 2040 from under 3% in 2020.

Large-scale solar power projects have a working life of at least 30 years, and only zinc coatings can offer low-cost corrosion protection for such a long period. Therefore, as per the base-case scenario, global zinc demand for solar projects would be around 0.8 million tons by 2040 from its existing demand of 0.4 million tons. As per Wood Mackenzie’s AET scenarios, the demand could increase in the range of 1.7-2.1 million tons by 2040. 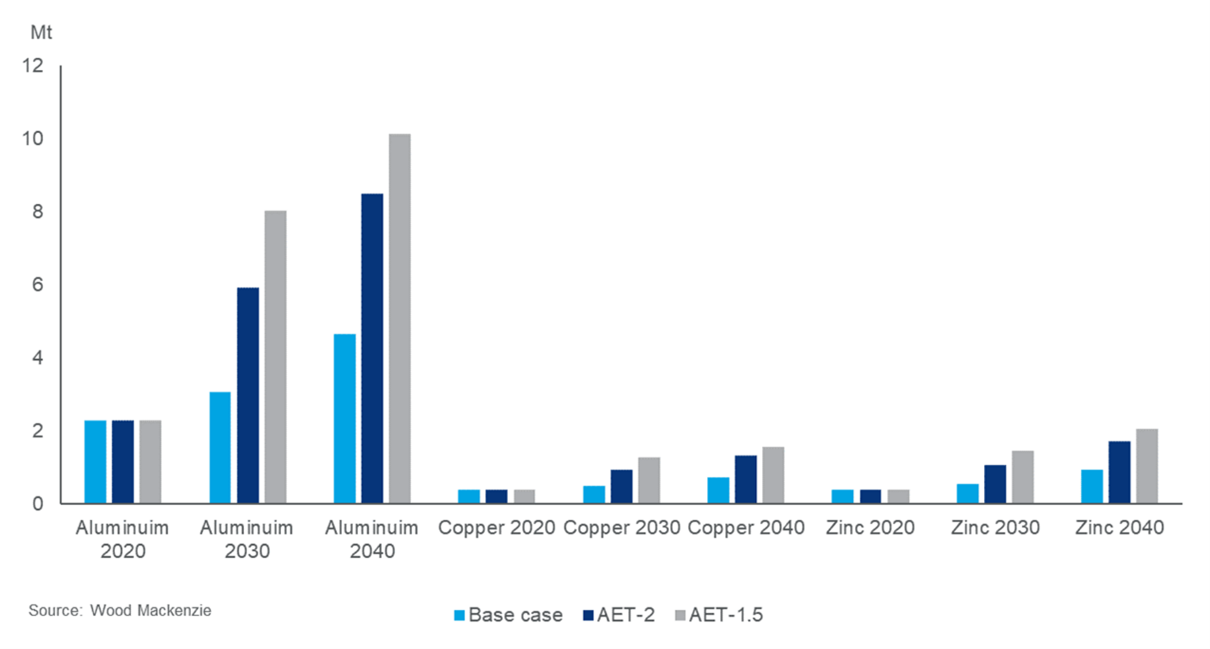 Kamil Wlazly, a Senior Research Analyst at Wood Mackenzie, said, “Base metals are an integral component of solar power systems. A solar panel installation requires aluminum for the front frame and a combination of aluminum and galvanized steel (zinc) for structural parts. Copper is used in high and low voltage transmission cables and thermal solar collectors.”

Wlazly also added that the price of solar power globally would continue to decrease due to falling production costs and efficiency gains. Solar’s share of energy supply would increase and begin to displace other forms of energy as its cost continues to decline. This provides a significant opportunity for the base metals sector.

The report also stated that the use of zinc and aluminum per module would increase to maintain the strength and rigidity of modules as their surface and tracker area increases. However, the use of copper is expected to decrease as the number of panels per solar power project would decline due to larger modules, resulting in a drop in the overall number and length of cables.

According to Wood Mackenzie, the cost of solar power declined 90% over the past two decades, and it is expected to go down another 15% to 25% in the upcoming decade.

Mercom had earlier reported the rising price trends in commodities, including steel, aluminum, and copper, that has started to take a toll, increasing the burden on solar developers.