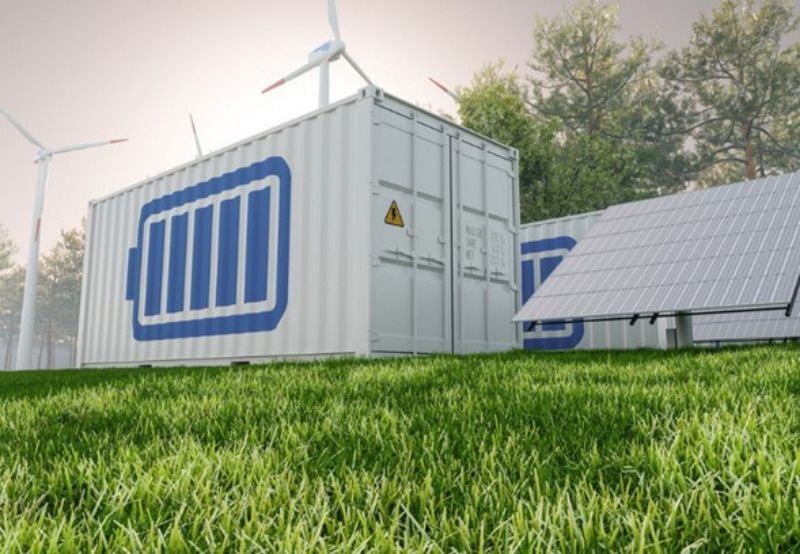 Renewable energy supply round-the-clock (RTC) with the help of battery storage overcomes the intermittency associated with solar and wind, which generate energy only when there is enough sunshine and wind.

Such projects provide generation flexibility to meet the peak loads of distribution companies (DISCOM), which typically change with seasons and undergo pattern shifts over time. With ample energy storage capacity, they can provide flexibility to DISCOMs to dynamically requisition firm, hourly energy matching the evolving demand curve. Since there is no fuel price rise risk involved, DISCOMs have shown interest in renewable RTC projects.

The price discovered in RTC auctions is slightly more than regular wind and solar energy projects, as costs are high due to the expensive battery energy storage systems.

Sharing her thoughts on the cost of batteries and its impact on RTC projects, Vibhuti Garg, Senior Energy Specialist at International Institute for Sustainable Development, said, “Developers will have to build more than the stated capacity to meet the monthly CUF of 70% and the annual CUF of 80% of RTC projects. The reliance on batteries will remain even though they are currently expensive.”

She said that battery storage system prices would drop as deployments increase, which will make these projects viable within a few years.

An executive of a major developer told Mercom that the primary reason RTC projects are not yet attractive to most developers is the high cost of setting up battery storage systems. However, he noted that with new technologies and competition, the cost of batteries would come down in the future, making RTC renewable projects more attractive and becoming mainstream.

At a recent webinar hosted by Mercom on energy storage systems, Vallisaranya Guruprasad, whose company Tata Power had won the Solar Energy Corporation of India’s (SECI) auction for a 20 MW solar power project with a 50 MWh BESS in Ladakh, said, “I believe more battery technologies should be explored. Battery with lower production cost and increased recyclability would lead to broader adoption of energy storage systems.”

Vallisaranya’s opinion is that the government should introduce a framework to support the adoption of energy storage systems— like how Jawaharlal Nehru National Solar Mission was instituted to promote solar power in India. Even the 28% goods and services tax (GST) on the battery is detrimental for broader adoption.

She drew a parallel with the journey of solar power in India. She said, “Even solar started in solar parks as small megawatt-scale modular installations before becoming huge. Energy storage systems should also follow the same path and should start with small-scale modular projects. The government should rethink the announced huge projects as it is hard to execute these massive projects because it is hard to find suppliers for such vast amounts of batteries.”

The executive noted that their company’s RTC project would require nominal battery storage. The company will set up this capacity through wind and solar farms across Karnataka, Maharashtra, and Rajasthan. The company has obtained the requisite approvals to connect the project sites with the grid and has secured connectivity through the inter-state transmission system.

According to him, renewable hybrid projects with storage can go a long way in meeting demand at a competitive tariff during peak hours. These projects can meet the RTC baseload without resorting to any external balancing need or strategy.

Developers of renewable energy projects set up for round-the-clock and peak power supply need to tread a delicate tightrope of balancing cost with the right mix of renewables with battery storage. One of the strategies is to limit the battery storage to one or two hours instead of long hours until the price of storage systems drops. As is with any new technology, the industry is trying to find the ideal mix of renewable sources, balancing it with the cost.