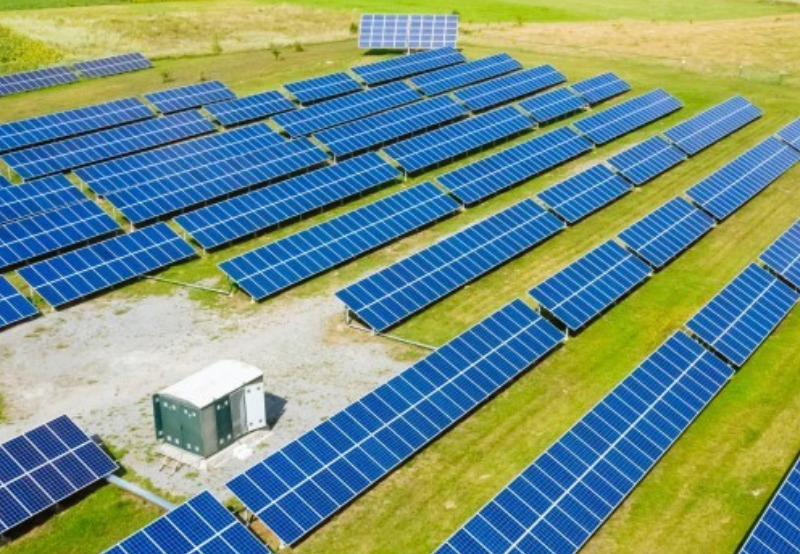 Mercom hosted a session on ‘Solar’s Dominant Role in India’s Transition: Market Outlook 2030’ at Mercom India Solar Forum 2021 to take a close look at the policy framework of the Indian solar market and its role in the country’s energy transition.

The panelist also discussed the strategies for expanding solar deployment, overcoming the hurdles, and investments needed to meet the ambitious targets.

According to Mercom’s forecast, India will add around 100 GW of solar capacity by 2025 based on the existing market scenarios. In this case, India needs to add 41 GW of new capacity annually to achieve the target of 300 GW solar by 2030.

“SECI, being an implementing agency of the Government of India, will play a key role in achieving these targets,” said Suman Sharma. “SECI issues tenders with long term power purchase agreements (PPA) and power sales agreements (PSA). In addition, it also provides a secure payment mechanism that ensures developers to push towards more installations and investments.”

“In addition, SECI, as a developer, will invest in new technologies to develop solar in which private players could not invest in initial stages. With the support of the central government,” Suman Sharma added.

However,  Malhotra believes that reforms in the distribution sector are critical for the continuous growth of the solar market. There is a lag in signing PPAs as distribution companies (DISCOMs) do not enter into PSAs due to their poor finances and operation inefficiency. In addition, the government needs to provide payment mechanism security and resolve policy-related issues quickly to achieve the target of 300 GW by 2030.

In July 2021, the Ministry of Power issued detailed guidelines for a reform-based result-linked power distribution program over the next five years.

Prabhu agreed with Malhotra and said, “Renewable purchase obligations (RPO) are a primary mechanism for states to adopt solar. However, it is not enforced properly, and many states miss their RPO targets. In addition, the market faces new policy issues every six months, and the authorities take a long time to resolve these issues. Therefore, the target of 300 GW by 2030 looks a bit difficult to achieve as we are still halfway to achieving the target of 100 GW by 2022.”

“The authority should have a clear calendar of bids that keep irrationality of the private sector in check,” said Aggarwal. “The government also needs to have a pragmatic approach towards implementing basic custom duty and remove instability around taxation. In addition, the authority should make sure that sanctity of contracts is maintained, and disputes are resolved in a short time.”

On issues related to PPAs, Suman Sharma said SECI had signed PSAs for 30 GW, and 14-15 GW capacity is in the pipeline. We are hopeful of overcoming bottlenecks for PSA signing as DISCOMs energy demand is increasing.

Solar module manufacturers believe that prices of Chinese modules are expected to stay high until the first quarter (Q1) of the calendar year (CY) 2022. Modules prices have gone up from $0.25/W in Q1 2021 to over $0.30/W to date. 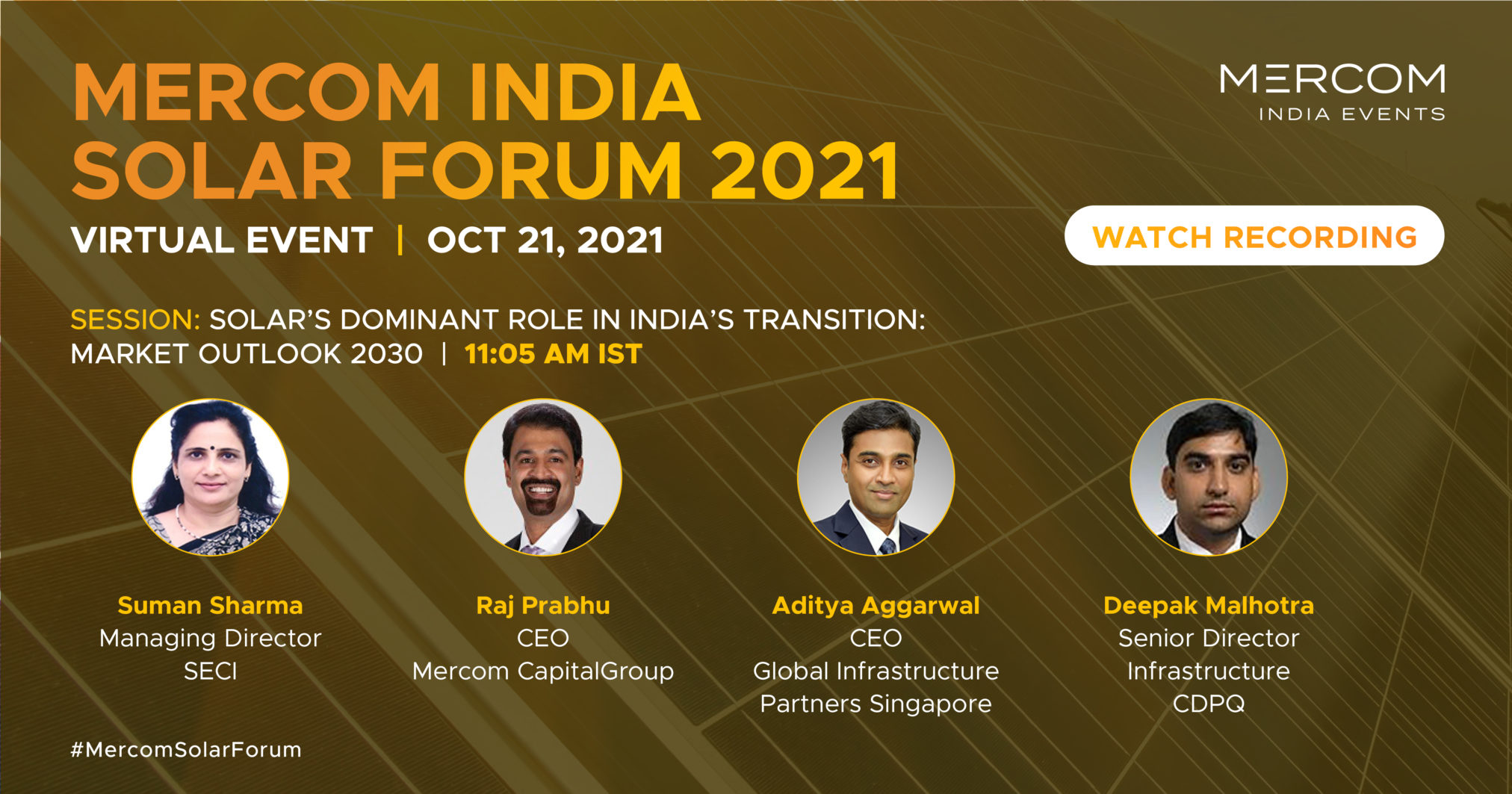 Commenting on the foreign investment in the Indian solar market, Prabhu said trillions had been invested worldwide in the renewable energy sector. India would be an attractive market as it has clear goals for solar capacity additions, and the market’s continuous growth in the past decade will also strengthen investors’ trust. However, India needs to have clear execution plans, long-term policy stability, and financial infrastructure to attract foreign investment at a much higher scale for rapid market expansion.

Governments across the globe are pushing towards renewable energy from fossil fuels, said Aggarwal. “However, India stands out as an attractive market for foreign investment because of the scale it provides to set up platforms and invest. In addition, the central government’s unwavering support, strong policy framework and robust ecosystem, and availability of debt capital encourage foreign investors.”

Echoing similar thoughts, Malhotra said no other emerging solar market and developed market offer scale like India. In addition, the precise target and market-friendly policy by the governments encourage investors to finance projects in a country with a robust solar ecosystem over a large geography. “We have invested over $1 billion in renewable energy in India to date,” Malhotra added.

SECI’s Suman Sharma said this is the time for hybrid tenders and storage. “At SECI, we would take a proactive approach for tenders of battery storage, green hydrogen, and green ammonia to transform the sector to the next level,” she said.

Earlier this month, the government of India gave the go-ahead for inviting an expression of interest to install a 1 GWh battery energy storage system (BESS) as a pilot project.

Prabhu believes India needs a program like the National Solar Mission for energy storage. India needs to increase new storage installations without waiting for the prices of storage to go down. The solar market will be more mature in the upcoming years, and new installations will increase significantly as storage becomes commercially viable. However, India needs to invest heavily in the research and development of new technologies.

Click here to view a recording of this panel discussion.