Rajasthan Electronics and Instruments Limited (REIL), a joint venture of the Government of India and the Government of Rajasthan, has issued a tender for 15 MW of solar on behalf of the Oil and Natural Gas Corporation (ONGC), a central public-sector unit (CPSU), to be developed on or near ONGC buildings in the states of Gujarat, Uttarakhand, Assam, and Tripura. The bid-submission deadline is November 8, 2017.

The tender calls for an engineering procurement construction (EPC) contract to develop grid-connected rooftop projects and small solar projects, as envisaged by ONGC in its 15 MW Grid Connected Roof Top and Small Solar Power Projects Program for ONGC buildings. The minimum project size will be 1 kW and the maximum project size will be 500 kW for a single location or building.

The project will be developed under a CAPEX model on a turnkey basis and the scope of work includes; design, engineering, procurement, and supply, packing and forwarding, transportation, unloading, storage at site, site development, construction, erection and installation of equipment, testing, and commissioning along with an associated transmission system. The successful bidders will need to provide operation and maintenance services for five years.

When asked about the variations in sizes, a REIL official said, “The target is to utilize the maximum available space. In some buildings, the roof area is less, but there’s enough space for a small solar project of few watts, but we still want to utilize it.”

“It will also save time and money. If we do not utilize that space now, we may want to in the future, which would lead to issuing a new tender, waiting for auction and awarding the project, resulting in further costs which will come out of ONGC electricity bills. By doing it all in one tender, everything is being taken care at one time,” added the REIL official.

The ONGC is depending on solar to lower electricity costs. In December 2016, the REIL tendered a 10 MW (AC) solar project at an estimated cost of ₹650 million (~$9.6 million) on behalf of ONGC; that project is to be developed in Hazira in Gujarat. 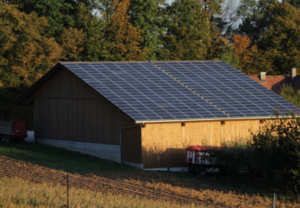