Co-founder of REConnect Energy, asserted that REC is a market-based instrument and it must reflect market sentiments 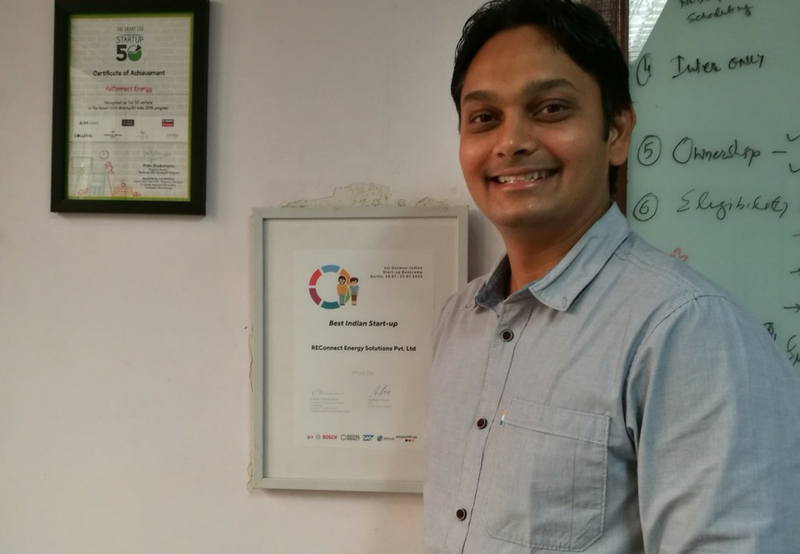 The solar REC trading in the country was stalled for the past one year. In April 2018, both, solar and non-solar renewable energy certificates (REC) were traded for the first time at the new floor and forbearance prices fixed by the Central Electricity Regulatory Commission (CERC).

Mercom India’s news team sat down with Vishal Pandya, the co-founder and director of REConnect Energy to discuss the implications of the reduction in floor and forbearance prices, why a petition was filed against the CERC order and a host of other related issues, in order to understand the country’s REC mechanism and its consequences.

Can you explain the REC mechanism briefly?

The REC mechanism is quite simple. There are a set of rules issued by the CERC and state regulatory commissions (SERCs). If you are eligible for an REC, based on the criteria laid down by the central and state regulatory commissions, whatever energy you generate, for every 1,000 units of energy generated you get one REC. There are deviations in the process.

Could you shed some light on these deviations and how RECs are registered?

For the solar projects that were commissioned earlier, the original floor price was ₹9,300 (~$139.02). This was scaled down to ₹3,500 (~$52.32) per REC. So, this reduction led to a multiplier for existing solar RECs. For solar, companies who commissioned in that tenure would get about 2.6 RECs for every 100 units produced, and the non-solar guys would get 1 REC for every 1,000 units of generation.

If there’s no discrepancy, then the central agency will create an equivalent number of RECs pertaining to the energy generated in the generator’s account. Each portfolio is mapped digitally, and the REC is a digital representation of the energy generated.

One REC is considered to be 1 MWh equivalent of generation for the fulfilment of a renewable purchase obligation (RPO).

Can you shed some light on the reasons for the petition against new CERC REC price order?

CERC’s original price validity for RECs was March 2017. Right before the end of the original price order control period, CERC came up with a verdict that the new REC price will be ₹1,000 (~$14.948) per REC. The price of the REC was calculated as one rupee per unit for 1,000 units.

That’s why the CERC order was challenged, initially at the APTEL and later at the Supreme Court.

Now that the APTEL came out with is order and the CERC has directed entities to engage in REC trading, what can be done by the aggrieved parties?

But the aggrieved parties are already involved in a Supreme Court case. What’s the use of filing a case again?

After the CERC order came out, it was challenged by aggrieved parties at the APTEL. The APTEL put a stay on the trade after which few people challenged the APTEL’s order in the Supreme Court. Through an interim order, the Supreme Court asked for continuation of non-solar REC trading, but at the original price of ₹1,500 (~$22.422). Meanwhile, trades in solar RECs were stopped.

Now, after the APTEL came out with the new order, the CERC directed REC trading to begin and it has already started. APTEL rejected the petition put forth by solar generators. The reason for rejecting the petition was not given by APTEL. APTEL justified its order by stating that the price at which CERC was taking into consideration the recent solar auctions.

Now, we must understand that REC is a market-based instrument and it must reflect market sentiments. The aggrieved parties have developed their projects at much higher costs compared to today.

Because solar REC trading was on hold for several months, the question arises: what about the past inventory that remained unsold due to regulatory failure? For them, losses will be high, because in the recent order, the CERC had not provided for any multiplier. Parties are not bothered that the current floor price is ₹1,000 (~$14.948)/solar REC.

Old projects that have been generating and have RECs due to the power generated previously, they could not sell RECs as there was no strict implementation of RPO. There was inaction in the market due to non-enforcement of RPO. The APTEL has not considered the impact of non-enforcement in its latest order, and this aspect will be challenged in the Supreme Court again.

The initial order by the Supreme Court was a temporary intervention in which it had directed APTEL to resolve the issue. Now, that APTEL’s verdict is out, we will challenge it and that’s going to be a completely new case.

What would be the valuation of loss if no relief is provided?

As on March 2017, there were 4.9 million solar RECs. If we calculate the loss for solar generators on the solar REC inventory, there has been a value erosion of almost ₹12 billion. For non-solar RECs, the erosion has been ₹6.5 billion. Generators will suffer a loss of approximately ₹18 billion if we add both solar and non-solar REC inventories. That’s why we need a multiplier.