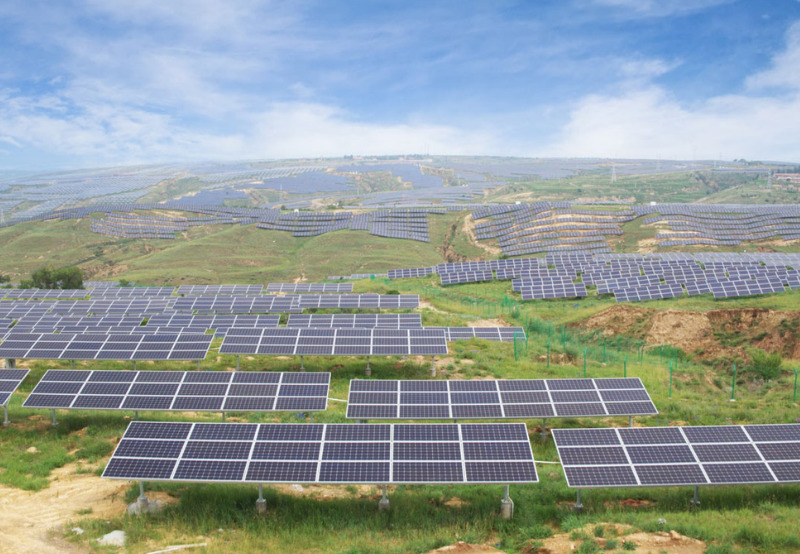 CIT Group announced that its power and energy business led a $69 million financing for a portfolio of solar projects owned and operated by Strata Solar, an integrated solar and storage energy service provider based in North Carolina. The 23 operating solar projects in the portfolio, a majority of which are located in North Carolina, have a combined capacity of more than 130 MW. The output from the solar assets is covered by purchase agreements that ensure a steady demand for the renewable power they generate.

Lightsource bp, a solar project developer, has acquired a 1.06 GW solar project portfolio distributed across Spain from RIC Energy, a PV project developer. Lightsource bp and RIC Energy will work in partnership to develop the 14 sites across Madrid, Andalucía, and Castilla y León. The first projects are expected to reach ready-to-build status by the end of 2021, with the installations expected to enter operation in stages from 2023 to 2025. Lightsource bp will bring the project portfolio to financial close and secure the construction contract with an EPC company.

Dominion Energy, an electric utility, announced that one of its subsidiaries had acquired the 150 MW Hardin solar project, which recently entered service in Hardin County, Ohio, from Chicago-based Invenergy. Facebook will take the electricity generated at the facility and the renewable energy credits under a long-term agreement signed before the project’s construction.

Anesco, a developer of renewable energy projects, will partner with Gresham House, an alternative asset manager, on a 200 MW ground-mounted solar PV portfolio in the UK. The agreement will see Gresham House funding the portfolio of grid-scale assets, which will comprise sites ranging in size from 20 MW to 50 MW generation capacity. The shovel-ready sites form part of Anesco’s growing development pipeline. All engineering, procurement, and construction will be handled by Anesco, with the company also provides long-term operations and maintenance once the sites are energized.

Bruc Energy, the company owned by Ontario Pension Trust and Juan Bejar, has signed an agreement with Forestalia to acquire 2,000 MW of solar projects. The projects are located in the provinces of Zaragoza and Terue (Aragon, Spain). Forestalia will continue to develop the facilities, which will be acquired by Bruc when they reach the ready to build status.

Colombian power company Isagen has closed the acquisition of two solar projects with a combined capacity of 52.4 MW from Trina Solar, a solar panel manufacturer. The two projects – 27.4 MW Llanos IV and the 25 MW Llanos V projects – are located in Puerto Gaitan, in Colombia. Financial details were not disclosed. Construction of the Llanos projects will commence this month, with the plants scheduled to start operation in early 2022.

NextPower III ESG, NextEnergy Capital’s third institutional solar fund, announced its second acquisition in Portugal and its first acquisition in Chile. The Portugal project has 11.6 MW of capacity and will benefit from a long term PPA with commissioning planned this month. The acquisition in Chile is a portfolio of four projects with a total capacity of 42.2 MW and was acquired from Grenergy Renovables. The portfolio is under the PMGD regulatory framework, with commissioning planned for the first and second quarters of 2021.

UK-based Alta Capital completed its third round of fundraising through a convertible bond issue from its wholly-owned Italian holding company. The development finance facility will support a pipeline of merchant solar PV projects with a capacity of 840 MW in Italy to be constructed in 2021 and 2022. The unlisted bonds were entirely subscribed by a European debt fund. Capcora acted as financial advisor to Alta Capital and was responsible for sourcing the investors and structuring the deal.

BayWa r.e., a renewable energy project developer, announced the sale of two solar projects totaling 44.2 MW in Malaysia to a local renewable energy-focused independent power producer, reNIKOLA. The sale of the solar installations at Arau and Gebeng was conducted in two stages and finalized in December 2020. The first project of 5.2 MW at Arau was BayWa r.e. ‘s first foray into the utility-scale market in Malaysia and is located on the university campus at Perlis. The second project is the 39 MW Gebeng solar project. The project was won in the government’s second solar auction.

Candela Renewables, a developer of utility-scale solar projects, announced a partnership with Naturgy Energy Group, an energy utility company based in Spain. The partnership is to acquire a development pipeline of 3.2 GW utility-scale solar projects and 2 GW of co-located energy storage projects. This pipeline includes 340 MW of solar and 50 MW / 200 MWh of co-located storage with executed or awarded PPAs across three projects and an additional 260 MW shortlisted or in bilateral negotiations.