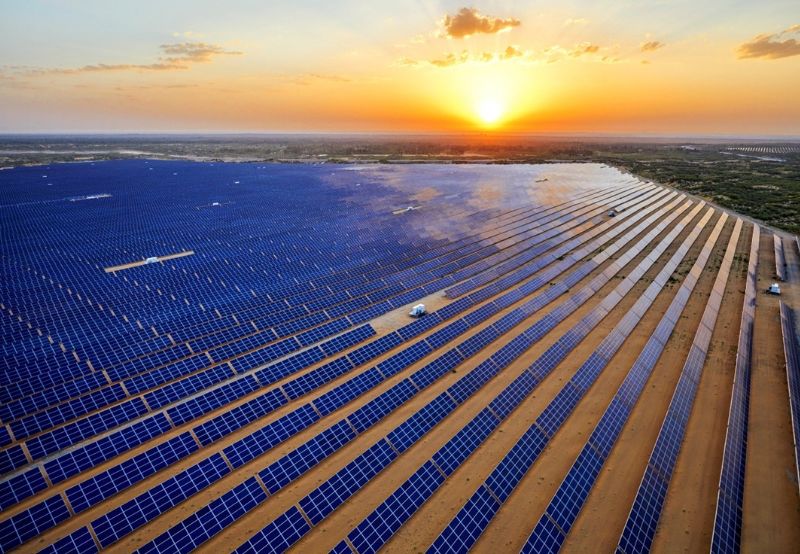 As we enter 2023, a new era is beginning in the Indian solar industry – a move toward domestic manufacturing and supply chain independence.

The solar industry in India experienced the most significant change in direction since the National Solar Policy was established with the imposition of BCD and ALMM. The impact of these policy changes will be transformative as the country starts setting up a domestic supply chain.

“Because of ALMM and BCD, a significant amount of solar module manufacturing capacity is being announced by Indian manufacturers. But this will be the first year where we will see any real effects. Higher module prices, the quality of domestically produced modules, and the demand-supply gap – will all be factors that will directly determine the pace of growth in the Indian solar market in 2023,” said Raj Prabhu, CEO of Mercom Capital Group.

In the first nine months of 2022, a record 10 GW of new solar capacity was added, an increase of 35% year-over-year, according to Mercom India Research’s Q3 2022 India Solar Market Update report.

“With the recent timeline extension granted by the Ministry of New and Renewable Energy (MNRE), many projects are expected to roll over to 2024, which will affect the overall installation numbers this year. It is not going to surpass the 2022 numbers. Also, we will have to assess the overall impact of the recent COVID-19 outbreak in China, which might impact the Indian market,” a top official from NTPC, said.

Further, he said that since the domestic module manufacturing capacity will not fulfill the growing demands of the developers in 2023, they will have to look for other options.

While there is a sense of uncertainty regarding the availability of solar modules, domestic manufacturers are confident they can meet the demands of the solar sector in the new year.

“Many of the factories producing 540 Wp modules are operating at full capacity and new capacity is being added, which will benefit the domestic manufacturing industry. The government must focus on policy consistency to support the growth of the manufacturing sector. The implementation of the ALMM should also continue,” said Avinash Hiranandani, Managing Director of RenewSys, a solar module manufacturer.

“On the supply side, lower demand usually means lower prices. We are already seeing that trend with Chinese solar modules, cells, wafers, and polysilicon ASPs all declining significantly towards the end of the year. We expect prices to continue declining in 2023, reversing a trend of higher prices caused by the supply bottleneck that started because of the Covid-19 pandemic,” noted Prabhu.

Apart from government interventions to help the domestic industry, module manufacturers are also upbeat because a decline in cell and metal prices and the anticipated decrease in module prices will likely increase the demand for solar installations from both C&I customers and utility-scale projects.

But manufacturers have also pointed out that the inordinate delay in receiving approval for their products under ALMM has proved to be a challenge in 2022.

Harsh Jain, Director at Citizen Solar, a solar module manufacturer, and EPC service provider said, “The government is taking more than six months to complete the audit for ALMM, which makes it difficult for manufacturers like us. An expedited audit process in 2023 is needed as even net-metering projects need ALMM modules.”

After initial doubts, some developers have begun to buy into the manufacturers’ confidence that they can meet the domestic module demand.

Vinay Pabba, Chief Operating Officer at Vibrant Energy, an open access developer, said, “Domestic manufacturing is ramping up and the fervent hope is that this picks up the pace and supports the huge target of domestic installations we need every year to hit 280 GW of solar by 2030 from the current level of around 62 GW.”

He added that the developers are concerned about the growing module exports but hoped that sufficient module capacity would be retained for domestic use.

The increased consumption from the C&I segment has driven power demand to new highs. Further, the segment is also actively looking to fulfill green obligations to be eligible for exports and meet their Environmental, Social, and Governance goals.

The industry believes that a combination of these factors is likely to propel solar installations in 2023.

“I believe that a 7-7.5% YoY growth in power demand going forward is possible. The bulk of the surging demand is likely to be met by solar in the scenario when coal capacity addition is flagging,” Pabba added.

With technological advancements that make round-the-clock power from renewable sources possible and policy support in the form of the interstate transmission system (ISTS) charges waiver, the industry is looking at the C&I segment to create substantial demand for solar installations in 2023.

“The C&I segment is primed for better demand during the year, especially given the clear shift towards wind-solar hybrid projects and a push toward round-the-clock renewable energy projects,” Amplus Solar team, a distributed energy company, said.

A lack of uniform land acquisition policy across the country has been an age-old issue for developers who have repeatedly petitioned the government about how the lack of ownership of the land on which the solar project is situated cuts them off from access to affordable financing.

Varchasvi Gagal, CEO and Managing Director at Datta Infra, a land and infrastructure solutions provider, said, “Assets built upon owned land have a drastic upside in valuations and stability of owning an asset. A uniform policy on land acquisition is required from the Ministry of Power and MNRE.”

The developers hope that the new year will finally bring a resolution to the issue. The industry is also concerned about the availability of evacuation infrastructure for all the planned capacity addition.

Although the government has finalized plans and dedicated funds to green energy transmission corridors, solar projects are typically commissioned much faster than transmission facilities which could create a bottleneck for the sector in the new year.

“The transmission segment is not that well-equipped to address the challenges of massive solar capacity addition in the next few years. Until now, solar has been the dominant player in the western region, with Rajasthan and Gujarat leading the way. But with hybrid taking the pivotal role, southern states like Karnataka, Andhra Pradesh, and Tamil Nadu are moving ahead, but the southern region lacks transmission capacity to export energy to the north.” Amritesh Nambiar, Assistant Vice President-Projects at Sterlite, an integrated power transmission developer and solutions provider, said.

He added that many new transmission lines had been planned in these regions, which will come to fruition in 2023 and the first half of 2024.

Jain concurred with the view and urged the government to provide a solution to both these issues.

“Short-term challenges are plenty in the Indian solar market. However, the government’s strong commitment to renewables with a goal to add 280 GW of solar by 2030 makes the long-term prospects very attractive,” added Prabhu.

To discuss the opportunities and ways to face challenges, Mercom India will host a two-day conference. The Mercom India Renewables Summit 2023 (formerly Mercom India Solar Summit) will bring together government, implementing agencies, think tanks, developers, manufacturers, investors, innovators, and other key decision makers on one stage to discuss plans and progress across the renewable sector.