At the end of December 2021, the cumulative installed solar open access capacity stood at 5 GW 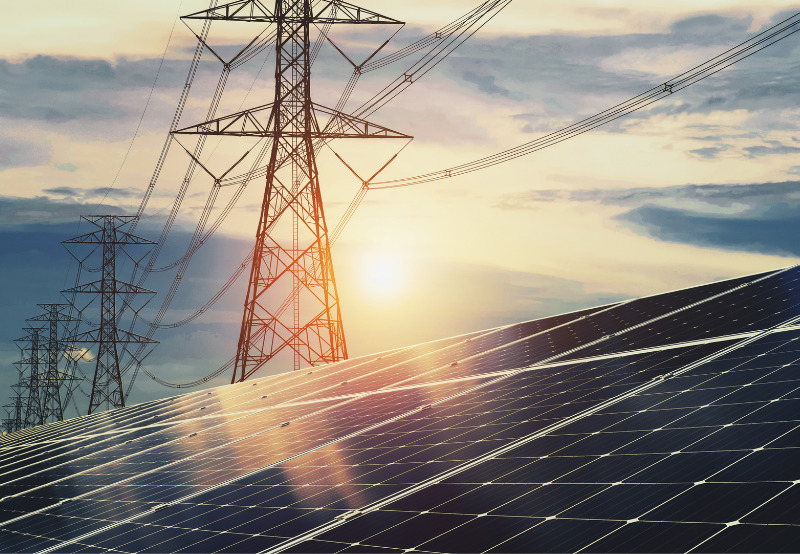 As of December 2021, the cumulative installed solar capacity in the open access market crossed 5 GW.

The development pipeline of solar open access projects stood at 1.5 GW at the end of 2021. Of the pipeline, 75% is spread across the three states – Karnataka, Haryana, and Uttar Pradesh.

During CY 2021, Uttar Pradesh was the top state, followed by Tamil Nadu and Maharashtra. The top five states accounted for 80% of total installations during the year. 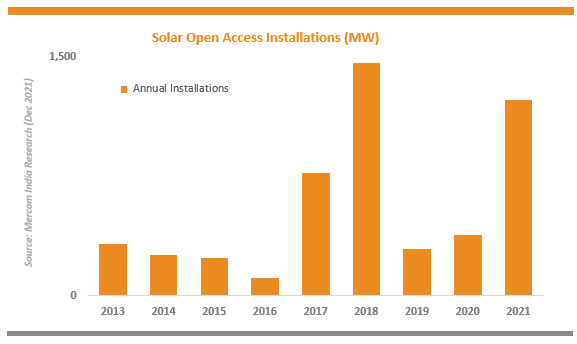 In Q4 2021, Uttar Pradesh was the top state in terms of installations, accounting for 38% of the total capacity installed during the quarter. The robust policy and regulatory framework, including favorable banking policies, exemption of additional surcharge, the state’s willingness to adopt group captive business models, access to useable land, and efficient power evacuation facilities, drove the growth of the open access segment in the state.

The second highest capacity was installed in Maharashtra. The top five states accounted for 90% of the total installations during the quarter.

As for the cumulative open access solar installations, Karnataka continues to be the top state as of December 2021, accounting for 38% of the installations. 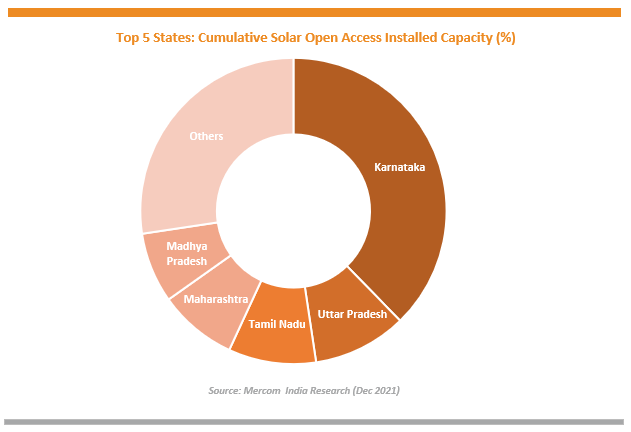 The IEX resumed renewable energy certificate (REC) trading in November 2021 after a gap of nearly 16 months after getting permission from the Central Electricity Regulatory Commission (CERC) and the Appellate Tribunal for Electricity.

“Mitigating carbon footprint, reducing the cost of power, renewable power purchase obligations, and RE100 initiatives, the list of reasons for C&I consumers to go green is piling up. The demand for open access solar is growing, reflected in the robust pipeline of projects,” commented Priya Sanjay, Managing Director at Mercom India.

In October last year, CERC approved the introduction of the Green Day Ahead Contract (GDAC) at IEX and PXIL in the integrated day-ahead market (IDAM) in a restricted manner.

The report also includes trading data of buy bids, sell bids, cleared volume, cleared price, and the number of participants in the market during Q4 2021.

The report has expanded its analysis coverage to include two new markets – Himachal Pradesh and Kerala. It also covers the current policies related to the open access market, amendments, price trends, and emerging business models.

The report gives a detailed account of banking policies in the top five states and reviews the policies driving the growth in these states.