NTPC Floats Tender for Maintenance for 255 MW of Solar Projects 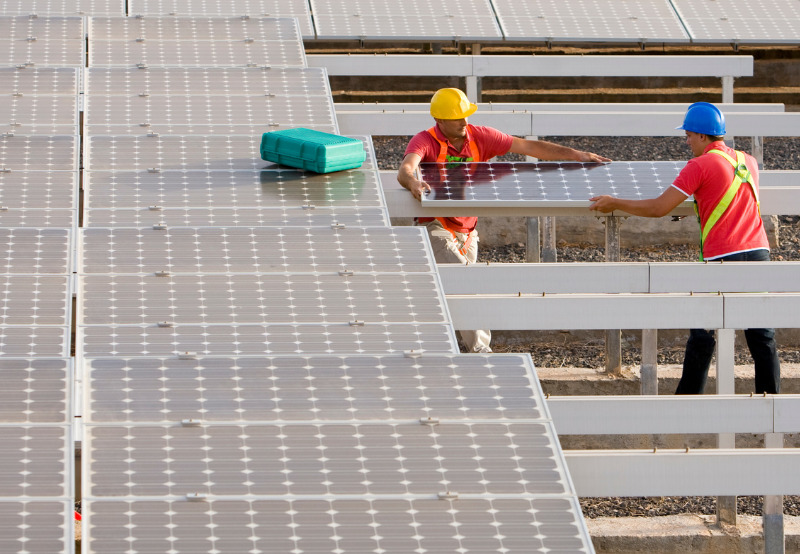 NTPC Limited has invited bids for the comprehensive maintenance of the 250 MW solar project at Ananthapuram in Andhra Pradesh and the 5 MW solar power project in Andaman for three years.

NTPC intends to finance the contract package through domestic commercial borrowings or own sources.

Interested bidders will have to submit an amount of ₹5 million (~$66,299) as an earnest money deposit. The contract period is 36 months.

To participate in the bidding process, the bidder should have executed a contract for installation and commissioning of at least one grid-connected solar power project of 150 MW or above capacity during the last seven years as on the bid opening date.

Alternatively, the bidder should have executed a contract for operation & maintenance of at least one grid-connected solar power project of 150 MW or above capacity for at least one year during the last seven years as on the bid opening date.

The average annual turnover of the bidder should not be less than ₹163.2 million (~$2.16 million) during the last three financial years as of the bid submission date.

Also, the bidder’s net worth should not be less than 100% of the paid-up share capital as on the last day of the preceding financial year.

If the bidder does not satisfy the financial criteria on its own, its holding company would be required to meet the stipulated turnover requirements.

Any bidder from a country that shares a land border with India as specified in the bidding document will be eligible to bid in this tender only if the bidder is registered with the competent authority.

Last December, NTPC invited bids for the comprehensive O&M of its 260 MW solar project at the Bhadla Solar Park in Rajasthan for three years.

Earlier, NTPC had invited bids for the O&M of a 15 MW solar power project at Jayant, Singrauli in Madhya Pradesh.

According to Mercom’s India Solar Tender Tracker, NTPC has so far floated O&M tenders for 315 MW of solar power projects.