The last date for the submission of bids is February 12, 2020

The National Thermal Power Corporation (NTPC) has floated a tender for the development of a grid-tied interactive rooftop solar PV project in Madhya Pradesh.

The rooftop system will be installed at the Shishu Mandir School building at NTPC Vindhyachal.

A minimum capacity utilization factor (CUF) of 13% should be maintained for five years (from the date of commissioning of the project) for the release of a performance bank guarantee (PBG). The tender adds that the PBG will only be released after five years after the certification from NTPC, stating a CUF of 13%. The successful bidder needs to submit a PBG of the value of 10% of the contract value before the start of the contract.

As far as the eligibility criteria are concerned, the bidders should have designed, supplied, installed, and commissioned at least 300 kW of grid-tied solar projects. The reference project should have been in operation for at least six months. The bidder should also provide module cleaning services and will be responsible for the operation and maintenance of the rooftop solar system for a year.

The reference grid-connected solar PV project of 100 kW or higher capacity should be at a single location developed by the bidder for itself or any client. The average annual turnover of the company in the three preceding financial years should be not less than ₹16.045 million (~$225,118).

Recently, NTPC had floated a tender for the operation and maintenance of its 50 MW grid-connected Rajgarh solar project in the state of Madhya Pradesh.

Earlier, NTPC also issued a tender for the supply, installation, and commissioning of 550 kW of rooftop solar systems at thermal power stations in the state of Odisha. 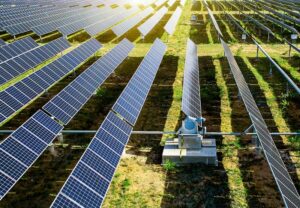