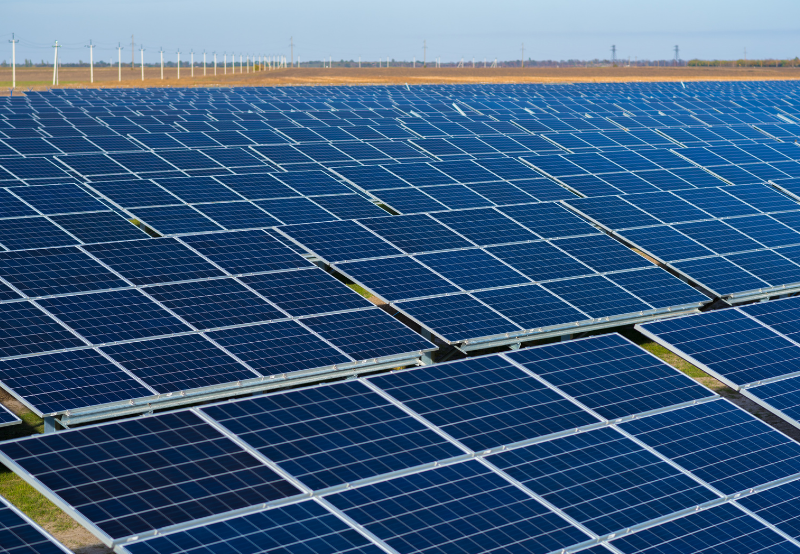 NTPC Renewable Energy (NTPC Renewables) has invited bids for the balance of system (BoS) package for 1,255 MW (3*315 MW+1*310 MW) of solar projects at the Khavda Renewable Park in the Kutch district of Gujarat.

The scope will also include the design and construction of the foundation and erection of module mounting structure with a tracker-based technology for the solar panels, including fixing the modules on the tracker and solar modules interconnection.

The bidder should have designed, supplied, erected, and commissioned as an engineering, procurement, and construction (EPC) contractor or a developer the balance of system of grid-connected solar power projects of cumulative installed capacity of 40 MW or higher. At least one project should have been of 10 MW or higher capacity.

The 10 MW or higher capacity reference project must have been in operation for at least six months prior to the bid opening.

The reference grid-connected solar power project of 10 MW or above capacity should be at a single location developed by the bidder for itself or any other client.

Alternatively, the bidder should have executed in the last ten years an industrial project either as a developer or as an EPC contractor in the area of power, steel, oil & gas, petrochemical, fertilizer, cement, coal mining, or any other process industry, of a minimum financial figure as specified in the table below, in a single project. The same should have been in operation for at least one year before the bid opening date. 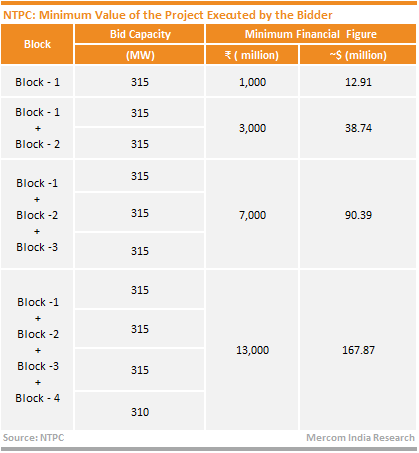 The net worth of the bidder as of the last day of the preceding financial year should not be less than 100% of the bidder’s paid-up share capital.

Any bidder from a country that shares a land border with India will be eligible to bid.

Earlier, NTPC Limited had reissued a tender for a BOS package for the 735 (3×245) MW Nokh solar power project in Rajasthan.