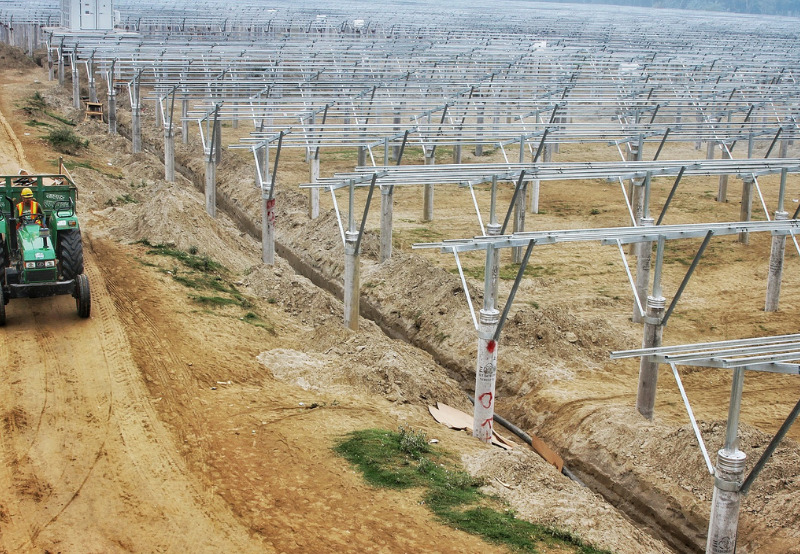 NHPC Limited has invited bids for engineering, procurement, and construction of a 500 MW solar power project connected with the interstate transmission system (ISTS) in Tamil Nadu. The successful bidder will also have to take care of the project’s operation and maintenance (O&M) activities for ten years.

The last date to submit the bids is October 5, 2021, and bids will be opened on October 12. The pre-bid meeting will be held on September 3.

The bidder can quote any capacity with a minimum capacity of 100 MW at one location and in multiples of 25 MW capacity.

The bidder should have experience of O&M for at least one solar power project of 10 MW or higher capacity for at least six months during the last five financial years.

The bidder’s average annual turnover during the last three financial years should not be less than ₹7 billion (~$94.13 million) for 100 MW bid capacity. The bidder should have a positive net worth in three out of the last five financial years. The working capital of the bidder should be ₹800 million (~$10.76 million) for 100 MW capacity. For bidders who have quoted more than 100 MW, the requirement will be in multiples of the turnover stipulated for the 100 MW capacity.

The bidder must furnish proof of having land acquired or leased to set up renewable energy projects, equivalent to at least 50% of applied capacity (requirement should be computed at 4.5 acres/MW).

Solar modules from vendors enlisted in the Approved List of Models and Manufacturers (ALMM), as announced by the Ministry of New and Renewable Energy, will be used in the project.

Any bidder from a country that shares a land border with India and is registered with the competent authority will be eligible to bid.

According to Mercom’s India Solar Tender Tracker, NHPC has so far floated EPC tenders for 990 MW of solar power projects across the country.