National Average Levelized Solar PPA Prices in the US Dropped 17% to $24/MWh in 2019: Report 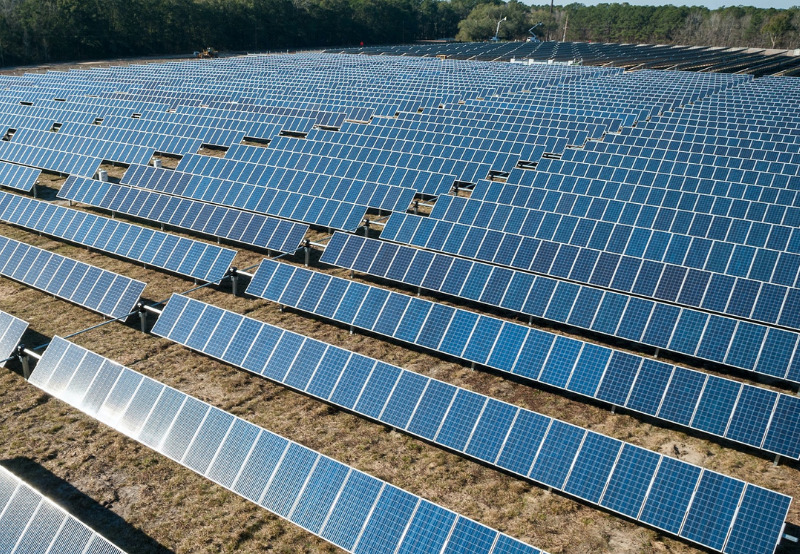 According to the latest report from Lawrence Berkeley National Laboratory (LBNL) on the solar market’s key trends in the United States,  more than 4.5 GW (AC) of utility-scale solar power installations achieved commercial operation, taking the total cumulative installed capacity to 29 GW (AC) in 2019. The projects were spread across ten regions and concentrated mostly in the country’s western and southeastern parts.

Over the past five years, solar (31%) and wind (28%) have accounted for 59% of all capacity additions to the U.S. grid, out of which utility-scale solar accounted for 18% of the total solar additions. 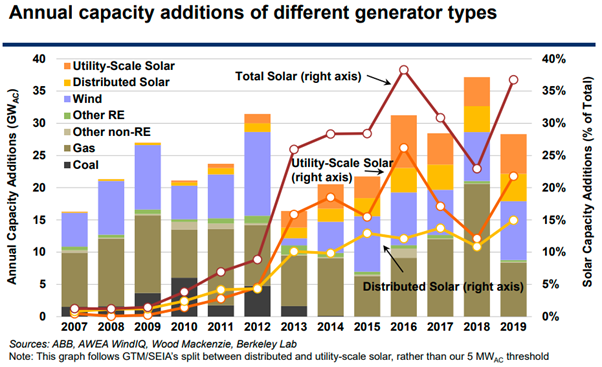 The report further points out that the average capacity factors range from 17% in the least sunny regions to 30% in the most-sunniest parts.

The states of California, Vermont, Nevada, Massachusetts, and Hawaii led the way in terms of solar’s market penetration.

Another important data point from the report was that the national average levelized power purchase agreement (PPA) prices went down to $24/MWh, a drop of 17% compared to 2018 and more than 80% since 2010.

Battery storage has also started making inroads, and 39% of the total sample examined by the lab shows that out of the 39 projects accounting for 4.2 GW (AC), 2.3 GW (AC) included battery storage systems in 2019. 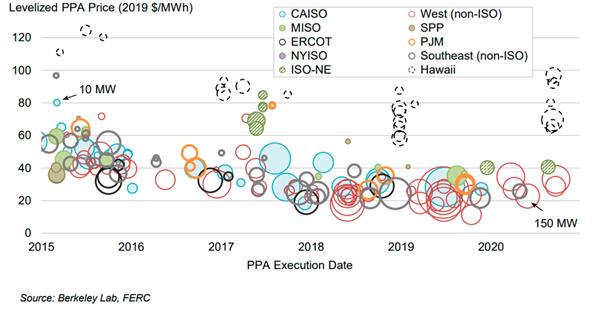 At the end of 2019, there were nearly 370 GW of solar in interconnection queues from all seven independent system operators (ISOs) and 30 additional utilities across the country. Almost a third of this proposed solar capacity is paired with battery storage.

According to the report, the country’s southeastern region led the way in terms of new utility-scale additions in 2019 for the third year in a row. 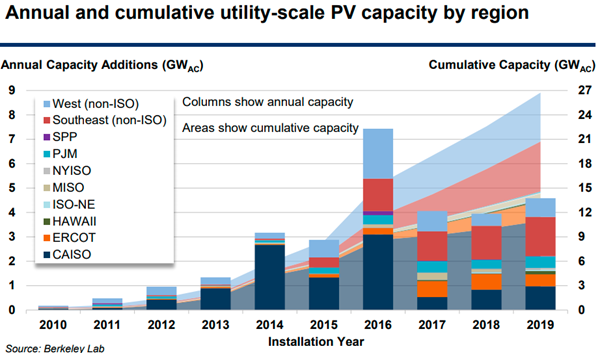 In 2019, nearly 88% of the new utility-scale solar installations employed tracking, which is a single year high as of now.

Earlier, Mercom reported that the United States had installed 3.6 GW of new solar capacity in the first quarter (Q1) of 2020, according to the SEIA and Wood Mackenzie report. It was the largest Q1 number in terms of installations for the country, demonstrating a 42% increase year-over-year (YoY).