Electricidade de Mocambique, the state-owned power company of Mozambique, has invited bids from consultancy firms to carry out feasibility studies to develop a floating solar project in Chicamba dam in the Manica province, Mozambique.

The successful bidder must complete the feasibility study in 14 months from the letter of award.

The company has applied for financing from the African Development Bank towards the cost of feasibility studies of the floating solar project.

Only 34% of the population has access to power in Mozambique despite the southern African nation’s massive potential for power generation capacity. According to the International Trade Administration, this is because of an underdeveloped transmission and distribution network and a lack of financing.

In June 2021, Globeleq and Electricidade de Mocambique started constructing the 19 MW Cuamba solar project and a 2 MW energy storage system at the cost of $32 million. The project is expected to receive $19 million in debt funding from The Emerging Africa Infrastructure Fund, a Private Infrastructure Development Group member. The project will also receive $7 million in grant funding from the development group’s viability gap funding facility and a $1 million grant from CDC Plus.

In 2020, the Fundo de Energia (FUNAE), a public institution to promote the conservation rational and sustainable management of power resources in Mozambique, issued a request for expression of interest (EoI) to conduct feasibility studies and draft projects for 11 solar mini-grids in the country.

Mercom had earlier reported that the United States Trade and Development Agency awarded a grant to WHN Solar for a feasibility study to assess the viability of solar projects up to 100 MW. The projects were expected to be developed in increments of 20-40 MW with an associated energy storage facility located on the land of Nacala International Airport in Nampula Province. 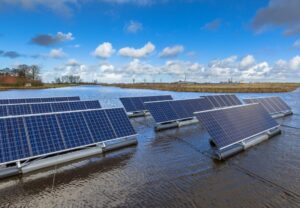