Electronic components & methods have been developed for optimize PV systems 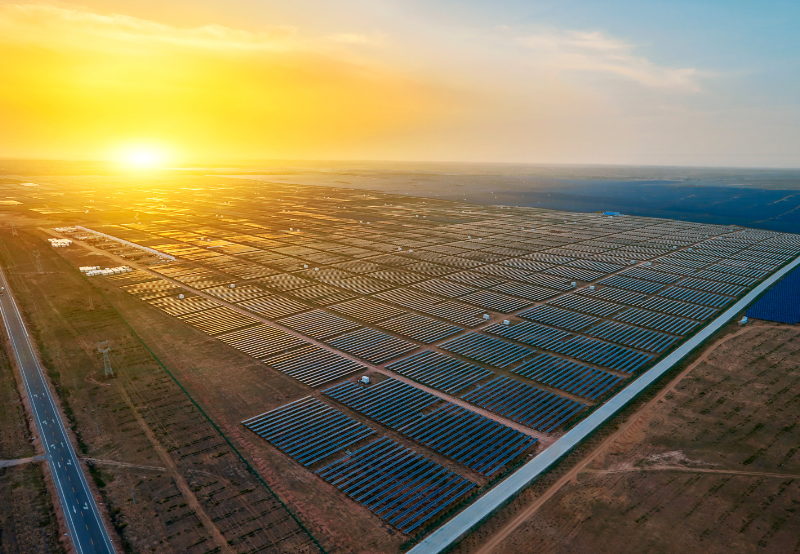 The Karlsruhe Institute of Technology (KIT) has developed a method to reduce yield losses from large solar photovoltaic ground-mounted systems with the help of innovative circuits, new types of power electronics, and artificial intelligence (AI)-supported optimization.

The new method would also help increase the service life of systems simultaneously and reduce costs.

In the joint project Solarpark 2.0, the researchers are developing electronic components and methods for large open-space systems. The Federal Ministry of Economics and Climate Protection (BMWK) is funding the €2.5 million (~$2.47 million) project.

The project started in July 2022 and has a plan spanning three years.

KIT, through its research, aims to resolve global challenges in the fields of energy, mobility, and information. Nina Munzke, a researcher at the Electrotechnical Institute (ETI) of KIT and initiator of Solarpark 2.0, affirmed that large solar parks are essential to achieve climate neutrality and expand renewables at a bigger scale.

For the photovoltaic module to work to its maximum efficiency, it must work close to its individual Maximum Power Point (MPP). “The output power of the module results from the product of current and voltage level. This performance is highest with the MPP, so the greatest possible yield is achieved,” says Lukas Stefanski from ETI.

The MPP, however, changes depending on the temperature, position of the sun, and other factors, due to which the voltage must be continuously readjusted for optimal operation.

“If several photovoltaic modules are then connected in series to form strings, and several of these strings are also connected in parallel, then shading and defects in individual modules can limit the output generated by entire systems,” says Stefanski.

“It is more advantageous to regulate individual modules and to optimize the voltage on the strings depending on the specific wiring of the system,” she added.

To achieve this, the HiLEM circuit, i.e., High-Efficiency Low Effort Maximum Power Point Tracking (MPPT) patented by the KIT, is used in Solarpark 2.0. 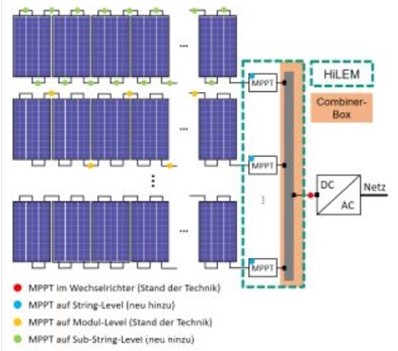 This circuit replaces combiner boxes traditionally used to connect strings in parallel and enables efficient MPPT at the string level. The HiLEM circuitry with power optimizers (jointly developed by the Karlsruhe University of Applied Sciences and the companies BRC and PREMA) enables simultaneous MPPT at both string and module levels.

In turn, the researchers stated that this enables a higher yield from the photovoltaic system, extends its service life, and reduces operating costs.

The new optimization components will be evaluated in two photovoltaic test systems, each with 30 kW. One system will map different test scenarios for the latest performance optimizers, and the second system will be a reference without them.

Both systems are to be realized side by side in an open space within the existing solar field of the Energy Lab 2.0 at KIT.

Another goal of the institute is to develop an AI-supported performance forecast for photovoltaic systems, which can then be used to identify modules that may be shaded, defective, or dirty based on operating data.

In a new study published by the National Renewable Energy Laboratory (NREL), it was found that distancing rows of solar panels apart could help maintain the module temperature, which usually increases when solar modules are exposed to direct sun for a long time leading to a decrease in module efficiency.

Earlier this month, a team of researchers at the University of Alcala in Spain claimed that a temperature reduction in solar modules by up to 20ºC could enhance the net system efficiency by about 14%.