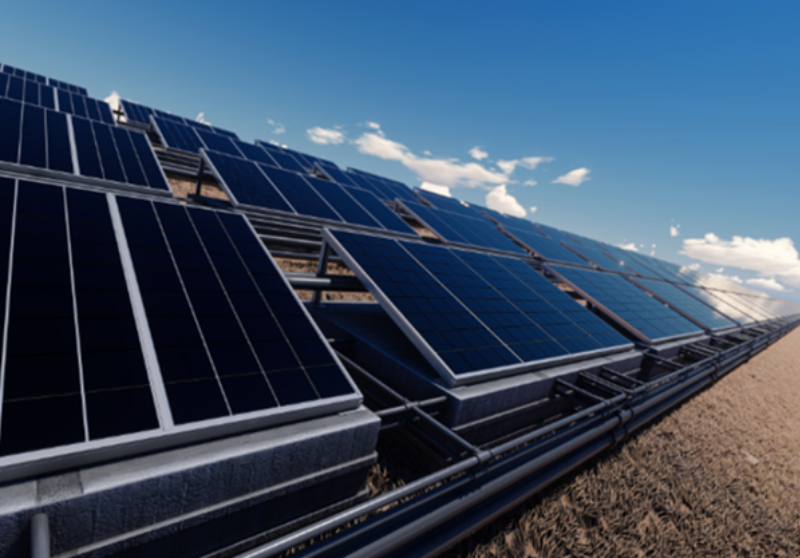 A team of researchers at the University of Alcala in Spain has claimed that a temperature reduction in solar modules by up to 20ºC can enhance the net system efficiency by about 14%.

The team said it had used a closed-circuit water pumping system, which carries a refrigerated liquid to draw excess heat from the solar panels. The liquid travels 15 meters below the surface, exchanging heat with the cooler soil. At a certain depth, the subsoil maintains a stable temperature of 15 ºC throughout the year.

One of the major problems with solar panels is that their efficiency usually does not exceed 20%. The rest of the energy from the sun heats up the modules, lowering the efficiency even further. The research team has proposed a sustainable cooling system based on tapping into the low temperatures of the subsoil to improve the efficiency of photovoltaic solar energy.

A prototype of the system is installed on solar panels at the Polytechnic School of the University of Alcalá, where the researchers analyze its behavior and compare it with identical uncooled panels.

The prototype consists of a refrigerated solar panel that incorporates a heat exchanger inserted into the ground up to a depth of 15 meters. A 10cm hole is made within which a small pump circulates the cooling fluid, which extracts the heat from the solar panel and evacuates it to the subsoil, at a lower temperature, in an efficient, safe, clean and sustainable way.

The small electrical consumption of the pump is supplied by the greater surplus energy produced by the refrigerated panel. 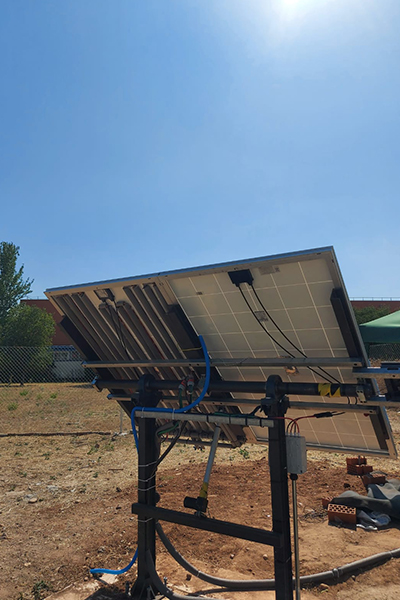 “As the refrigeration system is a closed circuit, the risk of contamination is minimal. In addition, as the heat extracted from the panels is relatively small and the thermal capacity of the floor is very high, its temperature does not increase excessively” the researchers said.

“A similar concept, known as geothermal cooling, has been safely used for decades to weatherize homes and buildings,” they added.

Currently, the team is in contact with several companies interested in the technology. However, before the product can become commercial, more research is needed to explore its full potential and lower its manufacturing, operation, and maintenance costs.

Recently, the National Renewable Energy Laboratory (NREL) revealed that distancing rows of solar panels could help maintain the module temperature, which usually increases when solar modules are exposed to direct Sun for a long time leading to a decrease in module efficiency.

In another development, a researcher from the University of Houston reported a novel type of solar energy harvesting system that could make way for using solar power 24/7.