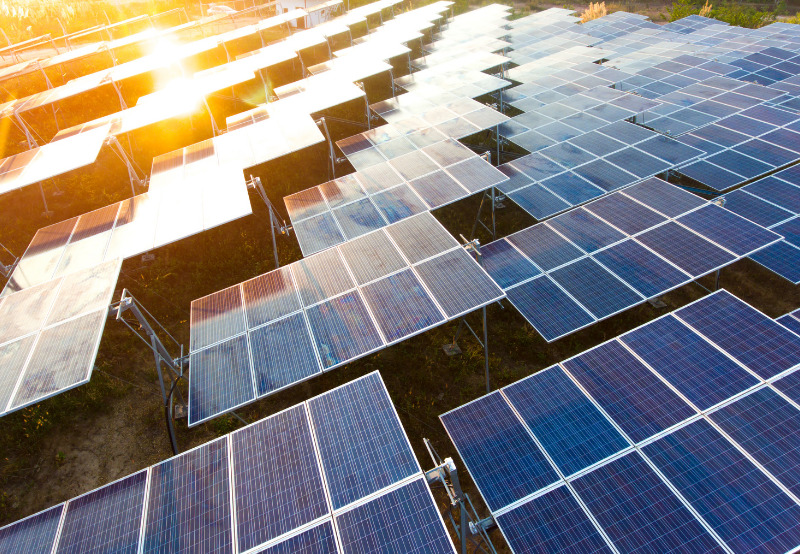 The Karnataka Electricity Regulatory Commission (KERC) ruled in favor of Parampujya Solar Energy, a solar power developer declaring that it is eligible for compensation due to the enactment of Goods and Services Tax (GST) per the ‘Change in Law’ clause.

The KERC ruling came as a relief to the solar developer, who in its petition claimed to have paid an increased cost for the project development and did not get compensated for it by Gulbarga Electricity Supply Company Limited (GESCOM) and Karnataka Renewable Energy Development Limited (KREDL)

KREDL had invited bids to develop 1,200 MW of solar power projects in Karnataka in November 2015.

Parampujya Solar Energy (a subsidiary of Adani Green Energy) submitted its proposal to develop a ground-mounted solar project in the Shorapur Taluk of Karnataka.

After evaluating, KREDL accepted the company’s bid to develop a 10 MW ground-mounted solar project and issued a letter of award on March 23, 2016.

The developer executed the power purchase agreement with GESCOM for setting the 10 MW solar project at a tariff of ₹5.35 (~$0.071)/kWh, which was also approved by the Commission.

The developer sent a notice to GESCOM regarding the ‘Change in Law’ event. However, GESCOM did not respond.

The developer, in its petition, informed the Commission that the GST introduction made a significant impact on the actual cost of the solar project and should be approved as a ‘Change in Law’ event in terms of the PPA.

GESCOM said the company executed a PPA with the solar developer in May 2016 and the Commission approved the PPA in October 2016.

The solar developer was required to commission the project within 12 months from the approval date and was also required to achieve conditions precedent within eight months – on or before June 5, 2017.

GESCOM said the solar developer executed PPA and started implementing the project much before the implementation of GST. Therefore, the enactment of GST did not affect the developer and was not entitled to relief.

After analyzing submissions made by both parties, the Commission observed that the ‘Change in Law’ affects adoption, promulgation, amendment, modification, or repeal of any law in India as per the PPA.

The Commission also noted the solar developer sent a notice to GESCOM stating that GST implementation should be a ‘Change in Law’ event as it is not factored in the PPA.

Therefore, the state regulator opined that the change in duties consequent upon the GST laws result in the change in the cost of inputs required for power generation by the company, and the same is to be considered as ‘Change in Law.’

The Commission directed GESCOM and KREDL to compensate the developer for the claims in three equal installments within 90 days as per the calculations below:

However, the Commission noted that no specific provision is provided in the PPA to restore the economic position of the solar developer as it was before the introduction of GST laws on account of a ‘Change in Law’ event. Therefore, the question of allowing carrying costs does not arise.

Last month, KERC ruled in favor of a solar developer and allowed compensation for four solar projects of 20 MW each on the grounds of the imposition of GST.

Subscribe to Mercom’s real-time Regulatory Updates to ensure you do not miss any critical updates from the renewable industry.