The Commission, however, rejected the claims for ‘carrying cost’ 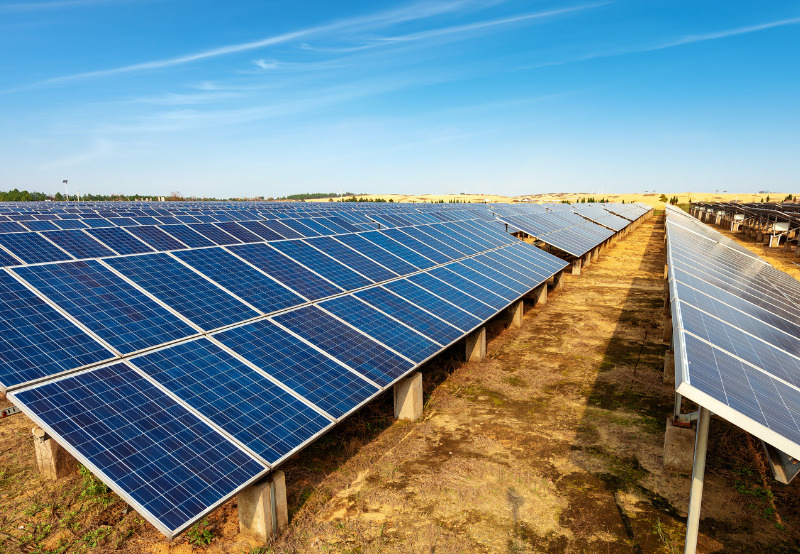 The Karnataka Electricity Regulatory Commission (KERC) recently ruled in favor of a solar developer and allowed compensation for four solar projects of 20 MW each on the grounds of the imposition of the goods and services tax (GST).

The Commission noted that the imposition of the GST laws came under the ‘Change in Law’ clause of the power purchase agreement (PPA).

However, the Commission rejected the claims of carrying cost.

The Commission asked the Bangalore Electricity Supply Company (BESCOM) to make the payments in three equal installments within 90 days from the order date. If the distribution company failed to do so, it would be liable for a late payment surcharge of 1.25% per month.

Adani Green Energy (UP), a subsidiary of Adani Green Energy, had filed four separate petitions seeking compensation for the increase in cost due to the imposition of the GST laws as per the terms of the PPA. The developer had also requested the Commission to restore it to the same economic position before the ‘Change in Law’ event.

In 2016, the Karnataka Renewable Energy Development Limited (KREDL) had invited bids to set up 290 MW of solar power in 17 taluks of Karnataka. Adani Green Energy (UP) won the bid to develop four solar projects in the Hassan, Tumkuru, and Ramanagara districts of Karnataka. The tariffs for the projects ranged from ₹4.79 (~$0.064)/kWh to ₹5.17 (~$0.069)/kWh.

The developer signed the PPAs with the DISCOM on June 29, 2016, to develop the projects.

After the signing of the PPAs, the government of India introduced the GST laws on April 12, 2017.

The developer added that the O&M services were outsourced to third parties to ensure industry standards for maintenance as a general practice. Adani Green Energy (UP) argued that the imposition of the GST laws qualified as a ‘Change in Law’ event as per the provisions of the PPA.

BESCOM, in its submission, said that the developer had executed the PPA and had started implementing the project much before the GST laws were introduced in the country. Hence, the developer is not entitled to relief under the ‘Change in Law’ provision.

The DISCOM also added that any claim made towards purchasing excess solar modules could not be allowed since the purchase of additional modules was a purely commercial decision. The developer cannot claim any GST impact towards the purchase of excess modules.

The Commission observed that the imposition of the GST laws had resulted in the change of the input cost required for generation by the petitioner, and the same was to be considered a ’Change in Law’ event.

Regarding the increase in O&M expenses, the Commission noted that outsourcing O&M services to a third party was a commercial decision. Any increase in cost due to that cannot be levied upon the DISCOM. It added that there was no PPA provision to provide relief towards O&M expenses.

On the topic of carrying cost, the state regulator said that there was no specific provision (restitution clause) in the PPA for restoring the petitioner to the same economic position as before the imposition of the GST laws.

Since the amount of compensation was not huge, it would not be appropriate to determine the incremental tariff for the remaining period of the PPA. So, it directed BESCOM to make the payment in three equal installments within 90 days.

Recently in a similar order, KERC ruled in favor of Adani Green Energy (UP) and directed BESCOM to compensate the solar project developer for the additional cost incurred due to the imposition of GST laws.

Last August, KERC had dismissed Adani Green Energy (UP) Limited’s plea for relief under the force majeure clause in its PPA with the Gulbarga Electricity Supply Company.