To meet the net zero targets, average yearly additions of 259 GW in the next nine years are needed 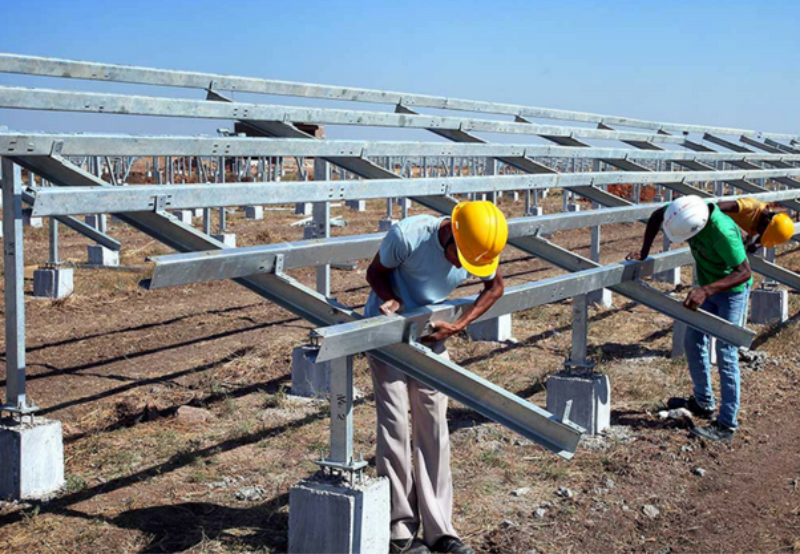 The collective effort to switch to renewables and make the energy transition is not enough despite the Glasglow Climate Pact, finds a new report by the International Renewable Energy Agency (IRENA) released at the ongoing U.N. Climate Change Conference COP27.

The analysis comes just weeks after the Climate Change report published by the United Nations Framework Convention on Climate Change, which said that even though climate plans are bending the curve of global greenhouse gas emissions downward, they remain insufficient to limit rising temperatures to 1.5°C as set out in the 2015 Paris Agreement.

The report finds that to achieve current targets by 2030, countries need to add 2.3 TW of capacity, equivalent to average yearly additions of 259 GW for the next nine years. This is below the average installed capacity added in the past two years – 2020 and 2021, during which the world added 261 GW each year, despite the complexities resulting from the pandemic and consequent supply chain disruptions. 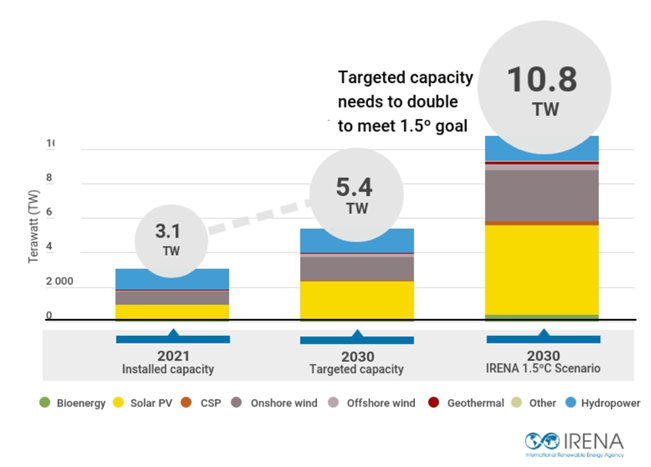 Renewable power targeted by 2030 remains concentrated in a few regions globally. Asia makes up half of the global targeted capacity, followed by Europe and North America. The Middle East and North Africa account for just 3% of global deployment targets for 2030, despite the region’s high potential. Sub-Saharan Africa accounts for just over 2% of the total global for 2030.

“There is a need for real urgency. Despite some progress, the energy transition is far from being on track. Any near-term shortfall in action will further reduce the chance of keeping 1.5°C within reach. Under the COP27 slogan ‘together for implementation’ we must move from promises to concrete solutions to benefit people and communities on the ground,” Camera added.

At the beginning of the year, the Ministry of New and Renewable Energy (MNRE) signed a strategic partnership agreement with the International Renewable Energy Agency (IRENA), signaling its intent to strengthen its collaboration with IRENA in the field of renewable energy.