India Witnessed Up to 7% Below Average Solar Irradiance in the Last Four Years: Report 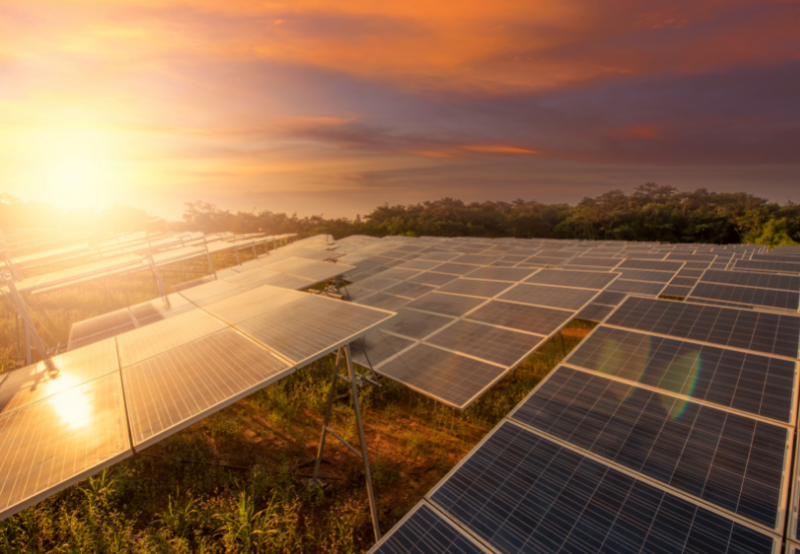 India has witnessed up to 7% below average solar irradiation in the last four years, reflecting the concerns of local asset managers about a decline in irradiance levels, according to global solar data assessor and forecaster Solargis.

According to the Solargis irradiance map, factors like aerosols and cloud cover had impacted resource availability, and this could result in solar farms underperforming, impacting investor confidence in one of the world’s fastest-growing solar markets.

Solargis highlights that the challenges in performance can be addressed with investment in robust resource data throughout the lifetime of every solar project. Such an investment will help developers monitor irradiance levels and deploy changes in the plant like hours of sunlight, satellite-based solar radiation data capture, and solar storage options.

The Solargis report highlights intelligent resource investment to study factors leading to a decrease in irradiance in India. For instance, the data retrieved from ground-mounted sensors were prone to errors due to shading, irregular or insufficient cleaning of panels, misalignment of instruments, and calibration issues.

A satellite-based approach to monitoring irradiance allows for quality control and error detection and helps calculate the performance ratio (PR). A satellite-based resource is beneficial to developers with a smaller portfolio.

Another smart resource investment in studying irradiance would be pyranometers — a device that gives information about solar irradiance in particular geography by measuring the flux density in solar radiation. The installation and maintenance of a pyranometer are relatively expensive and more practical when used in large-scale solar projects. 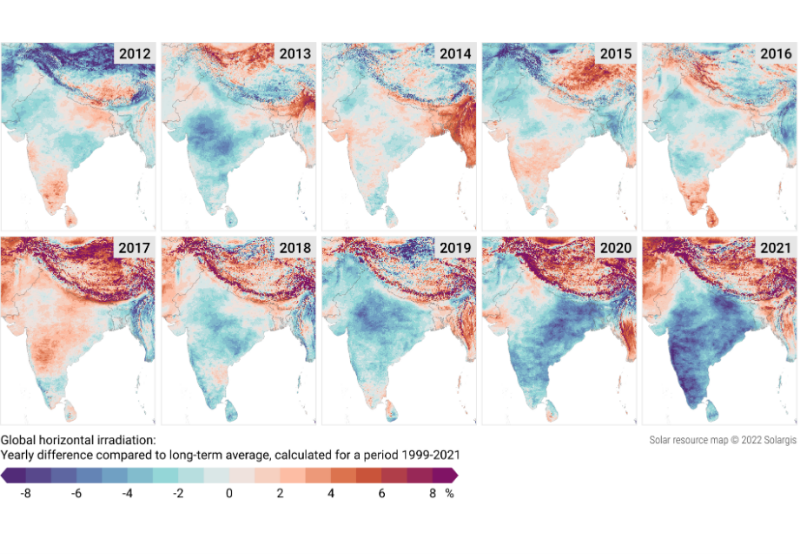 Referring to the varying irradiance levels impacting the generation capacity of solar projects, the CEO of Solargis, Marcel Suri, observed, “Controlling the weather is outside of our capabilities, but what solar developers, owners, and operators can control is their knowledge. Vital, trusted intelligence on the solar resource, albedo, and specific geographical conditions at project sites can be the difference between an asset that retains its value throughout its lifecycle and one which fails to live up to its potential.”

The Solargis report also highlights that globally, long-term averages set by solar developers remain deviated due to the variations in irradiation levels. It states that India, North America, and Australia are three such global economies that face challenges posed by varying irradiance levels, ultimately slowing down power production in solar plants.

The last five years of maps in Australia show significant irradiance variations throughout the continent compared to long-term averages. The fluctuating weather conditions were extreme during 2019-2020, leading to the disastrous bushfire ‘Black Summer’ in Australia. Solargis is now analyzing the long-term data to understand climate drivers like El Nino and La Nina.

The above-average recordings in the northwest of North America reflect anomalies such as the recent heat dome, which witnessed the temperature peak at a record high of 49.6 degrees Celsius. The Solargis maps show below-par irradiation in the north and southeast America compared to the last decade’s averages versus long-term trends. According to Solargis, the long-term data-driven approach will help asset owners in North America ready their solar projects to withstand variable weather conditions. It will also be crucial as the Investment Tax Credit (ITC) phases out, impacting long-term revenue security.

To track the irradiance levels, a research team from the Indian Institute of Technology (IIT), New Delhi, developed non-mechanical solar tracking towers with highly reflective mirrors, vertically mounted in a particular way that they fall in the line of the sun during different phases of a day. The team found that the deployment of mirrors enhanced the irradiance on the solar photovoltaic panels during the entire day. The solar irradiance increased by more than 50%, resulting in 20-25% more power generation than solar panels with conventional mounting techniques.