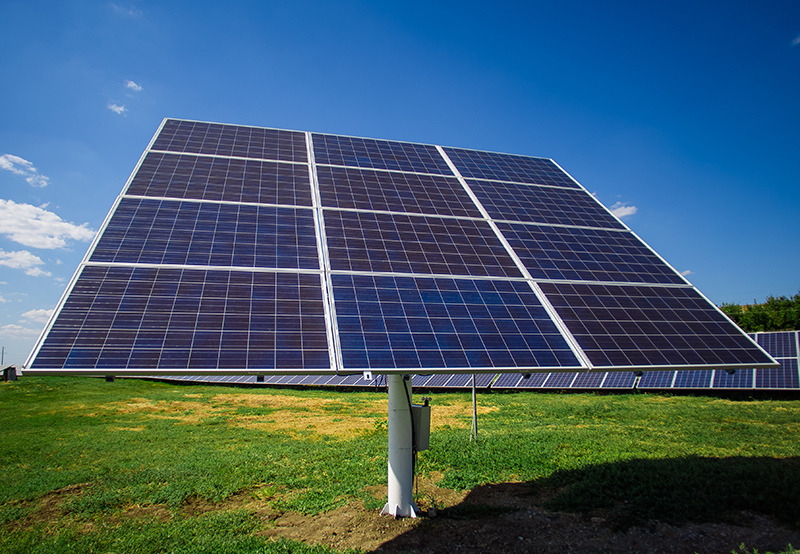 Researchers at the Indian Institute of Technology – Delhi (IITD) have developed portable solar photovoltaic (PV) tracking towers of 3 kW and 5 kW capacity. The towers are meant to save space and can be operated mechanical and non-mechanically.

The solar tracking towers are scalable to higher capacity with the concept of a solar tower array. They can be utilized for electric vehicle charging stations, rooftop solar power generation, agriculture purposes like water pumping, charging batteries for tractors, etc.

In a non-mechanical solar tracking tower, the solar panels with highly reflective mirrors are vertically mounted in a particular way (based on location/city) that they fall in the line of the sun during mornings, mid-day, and evening hours to ensure high-efficiency solar power generation. The new methodology helps the system generate more power during non-peak hours during the day, which falls between 9:00 AM to 11:00 AM and 2:00 PM to 5:00 PM, in addition to the peak hours between 11:00 AM to 2:00 PM.

The researchers stated that mirrors deployed for non-mechanical solar tracking towers enhanced the irradiance on the solar panels during the entire day from 8:00 AM to 5:00 PM. The solar irradiance increased by over 50%, resulting in 20-25% more power generation than conventional mounted solar panels.

For the mechanical solar tracking towers, the researchers developed the solar tower with reflectors with a low-cost programmable electro-mechanical system to rotate the solar tower horizontally. They mounted a single or double tower so that the system with panels and reflectors follows the sun’s direction. 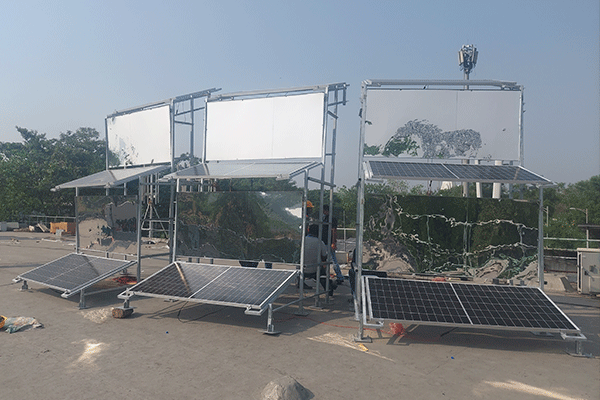 They said panels start the day facing the east direction and end the day in the west direction. The panels return to their east-facing position the next morning to start the new day without any light-dependent resistor (LDR) sensors. The system required only single-axis tracking and consumed low power drawn by the same solar tower.

Dalip Singh Mehta, professor at physics department, IIT Delhi, said, “After intensive research, we got success in arriving at the lightweight, and cost-effective novel design on mounting solar PV towers with high reflectively mirrors to follow the sun’s movement. Both non-mechanical and mechanical solar towers can generate 20-25% and 25-30% more power respectively while utilizing only 50-60% rooftop space compared to conventional solutions.”

IIT Delhi patented both the systems and licensed them to EP Sunsol Private Limited for commercial installation. The company has already deployed the new systems at Chennai, IIT Delhi, and Navi Mumbai of 3kW, 4 kW, and 5 kW, respectively.

In February 2021, researchers at the National Center for Photovoltaic Research and Education at IIT Bombay were developing silicon solar cells with targeted efficiency of 22%.

Mercom had earlier reported that researchers from the IIT Kanpur claimed to have fabricated sub-modules from organic PV cells on paper substrates.