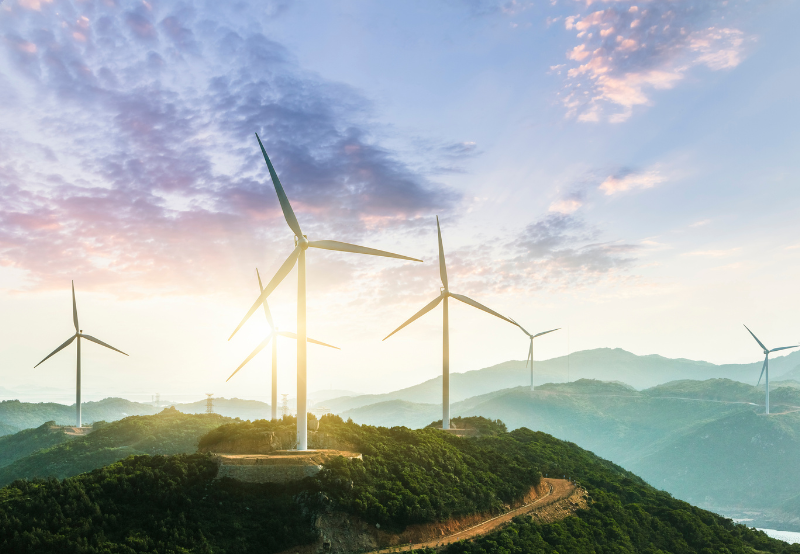 The government is contemplating pooling of bids across the states to boost wind energy installations which have fallen off since 2017. Falling tariffs under the reverse auction regime have pushed developers to bid only in the high plant load factor (PLF) states of Gujarat and Tamil Nadu.

The concentration of development in Gujarat and Tamil Nadu has led to a scarcity of potential wind sites in the two states. The other states were neglected because developers could not bring the power cost under ₹3 (~$0.036)/kWh due to lower PLF. The distribution companies (DISCOMs) were reluctant to enter into long-term power purchase agreements for such tariffs. 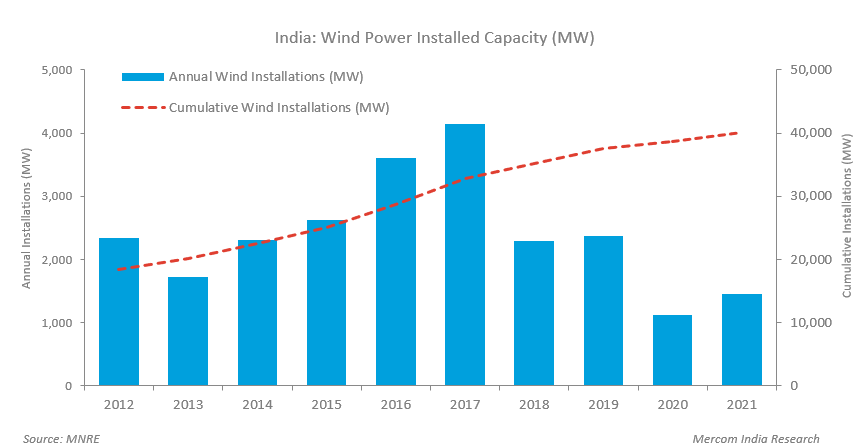 Power minister R.K Singh recently proposed the pooling option under which 8 GW of bids would be announced every year. Under the proposal, wind installation bids would be called in all the wind-rich states, but they would be clubbed together to arrive at an average cost of power.

Pooling would ensure developers recover their costs even from low PLF areas, which would promote capacity additions in untapped locations. DISCOMs would also be incentivized because of a flat tariff for all buyers. Additionally, DISCOMs have the mandate to procure wind energy to meet the recently restructured Renewable Purchase Obligation (RPO) obligations.

Earlier this year, the Ministry of Power (MoP) issued the RPO along with Energy Storage Obligation (ESO) for wind, hydro, and energy storage until 2030. The ministry mandated that the wind RPO will be met only through energy produced from wind power projects commissioned after March 31, 2022.

However, developers are cautious about the proposal.  Secretary General of India Wind Energy Association Manish K Singh said, “There is no clarity on how the power will be pooled from state to state. The power minister is yet to make more announcements on the development, and the industry is currently skeptical about how it will help reduce the cost per unit or increase wind installations. Currently, we are awaiting a clearer picture on this.”

Wind and solar power together can be complementary for grid safety due to the timing of their peak generation. For instance, while solar power generation peaks during the day, wind turbines start producing substantially from late evening to the early hours of the morning. It is, therefore, important for a healthy grid that both solar and wind capacities grow at the same rate.

However, wind and solar capacity addition has diverged dramatically in the last eight years. Wind power capacity in March 2014 stood at just over 21 GW and grew by 93% to reach 41 GW in May this year. But solar capacity grew by nearly 2300% during this time, from just about 2.6 GW in 2014 to 59 GW by August 2022.

The NIWE has said that the potential of about 214 GW has been estimated with more than 30% capacity utilization factor (CUF) and about 57 GW with more than 35% CUF. It implies that more than 200 GW of wind power can be installed in the country with a commercially attractive tariff.

However, the cumulative installed capacity until August 31, 2022, is less than one-fifth of the commercially exploitable potential.