The country has installed 45.6 GW of utility-scale solar capacity to date 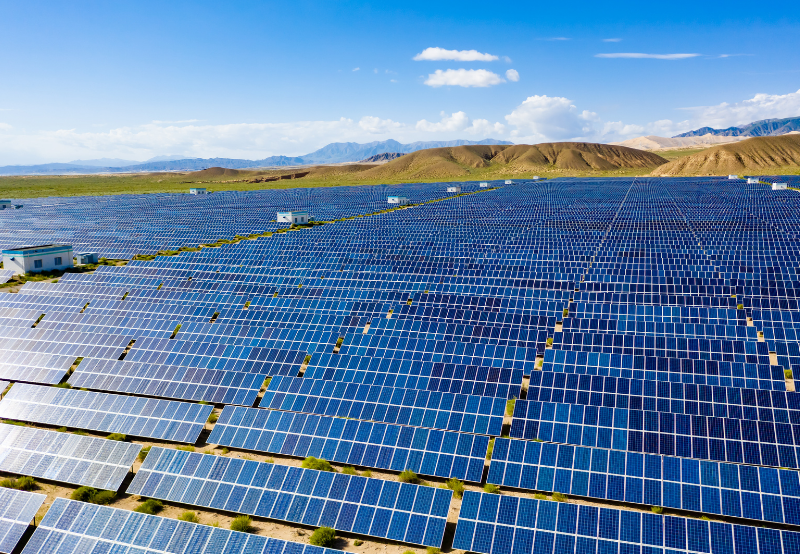 India has installed 45.6 GW of utility-scale solar capacity to date, 14.4 GW shy of meeting the government-set target of installing 60 GW by 2022, according to Mercom’s India Solar Project Tracker.

In 2015, the government announced the ambitious target of adding 175 GW of renewable energy by 2022, which included 100 GW of solar. A total of 60 GW was targeted for large-scale solar installations and 40 GW for the rooftop solar sector.

Only 7.6 GW of rooftop solar has been installed in the country so far.

“While the 100 GW of solar by 2022 is out of reach at this point, the 60 GW large-scale solar target is very achievable. A little push from the government to remove some of the hurdles facing the industry can help India meet its large-scale solar goal. If the government can facilitate the commissioning of stalled projects, that alone can get us over the line”, commented Raj Prabhu, CEO of Mercom Capital Group.

The 2022 target for utility-scale projects appears seemingly achievable, but the solar sector is facing various challenges.

The Great Indian Bustard (GIB) issue continues to delay project commissioning in Rajasthan and Gujarat. The Supreme Court recently heard two petitions reviewed by a committee that has been set up to exclusively examine projects impacted by the GIB issue. The developers of the two projects were directed to install bird diverters by July 20, 2022. In the future, all developers are instructed to refer to the committee, which will review the matters on a case-by-case basis.

As the issue still awaits resolution, project development in the area continues to be stalled. The court is trying to strike a balance between protecting the rare species of birds and allowing the transmission of power cost-effectively.

As economies worldwide slowly recover from the after-effects of the pandemic, commodity prices have seen a new high, with the demand increasing across industries. This price rise has also impacted the solar industry, increasing the module prices and, in turn, the project cost.

India’s domestic module manufacturing is yet to scale. The average selling prices for Chinese modules have increased for seven sequential quarters. Solar module manufacturers also believe that prices of modules are expected to stay high through a good part of 2022.

Managing project costs while dealing with low tariff bids in most government-issued tenders is a challenge most developers now seem to be dealing with. The Approved List of Models and Manufacturers (ALMM) in place for modules installed in these projects has further left developers with fewer options.

The goods and services tax (GST) council, in September 2021, announced the GST increase for ‘specified renewable energy parts,’ from 5% to 12%, which came into effect the following month. At the project level, the effective rate of GST on wind and solar power comes to around 13.8%.

In March this year, the Ministry of Power (MoP) said that it would be writing to the Department of Revenue recommending a uniform slab of 5% GST on all renewable energy components.

Pending an update on this, the developers continue to bear the brunt of the high prices affecting the overall project cost.

Another major issue most solar project developers are dealing with is the basic customs duty (BCD), effective since April 2022. The announcement to impose BCD on solar cells and modules did not allow grandfathering of projects already auctioned. According to the National Solar Federation of India, unless grandfathered, BCD would impact approximately 15 GW of projects awarded before March 1, 2021. Many projects awarded before the BCD announcement were scheduled to be commissioned before BCD became effective. But the pandemic and the delay due to the order of the Supreme Court on the GIB case had pushed the commercial operation date of many of these projects beyond March 31, 2022. Developers are urging grandfathering projects to avoid the lengthy regulatory process of presenting petitions to the electricity regulatory commission and receiving the reimbursements in small installments through an annuity method.

However, in the first quarter of 2022, developers imported almost 10 GW of solar modules, stockpiling before the BCD implementation, which will help with installations this year.

“Reaching the 60 GW large-scale solar goal will be a significant achievement that will build investor confidence and demonstrate that the government is serious about utility-scale development. It also adds weight to the 280 GW goal set for 2030 and will make the large-scale solar market a much more attractive investment and a good long-term bet,” added Prabhu.