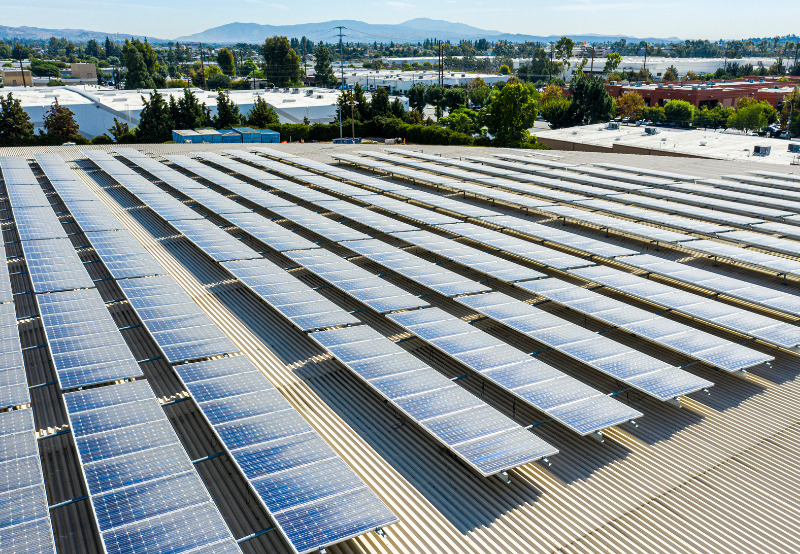 2020 is almost behind us. The year threw unique challenges at us while some interesting developments took shape in the renewable industry.

The majority of the top stories in 2020 were Mercom’s research based in-depth news stories, news reports from the rooftop solar segment, and news coverage about the record-breaking lowest tariffs India’s solar industry achieved this year. Other popular themes among our readers included articles discussing technological trends and their impact and policy implications.

Here are some of the top headlines from 2020 that got the most attention from our readers:

The Solar Energy Corporation of India’s auction for 1,070 MW of solar projects in Rajasthan set a record-low lowest tariff of ₹2 (~$0.0270)/kWh (Tranche-III), according to Mercom’s sources. The record-breaking tariff was quoted by Al Jomaih Energy and Water Company and Green Infra Wind Energy Limited, a subsidiary of Sembcorp, for 200 MW and 400 MW of solar projects, respectively. NTPC Limited quoted the second-lowest bid at ₹2.01 (~$0.0272)/kWh for 600 MW of projects but were only awarded 470 MW under the bucket-filling method. But this record changed soon.

The Gujarat Urja Vikas Nigam Limited’s (GUVNL) (Phase XI) auction for 500 MW of solar projects set a new record. In this auction, the lowest tariff reached ₹1.99 (~$0.0270)/kWh, according to Mercom’s sources. The record-breaking tariff of ₹1.99 (~$0.0270)/kWh was quoted by NTPC Limited for 200 MW, Torrent Power Limited for 100 MW, Al Jomaih Energy and Water Company Limited for 80 MW, and Aditya Renewables for 120 MW under the bucket-filling method, respectively.

No Net Metering for Rooftop Solar Systems Over 10 kW: Ministry of Power

The Punjab State Power Corporation Limited announced subsidies for grid-connected rooftop solar systems ranging between 1 and 10 kW in the residential sector, which could make solar very affordable. PSPCL noted that the discovered rate for installing these systems (with subsidy) is ₹37,000 ($510)/kWh. Since the government of India already provides a 40% subsidy for systems up to 3 kW and 20% for  systems between 3 kW and 10 kW, the state has directed vendors to bill the consumers only the remaining amount after deducting the subsidy. For example, for a 1 kW system, the vendor should charge the consumer only ₹22,200 ($307) which is ₹37,000 ($510) minus ₹14,800 ($205) (@ 40% subsidy).

Net Metering Removal for Rooftop Solar Systems Over 5 kW Will Be Disastrous: Installers

“Net metering is one of the major unique selling points (USPs) which draws people towards solar installations. If net metering is disbarred for systems above 5 kW in residential and commercial segments, it will turn away customers from solar power. Solar is considered high capital expenditure (CAPEX) and non-essential goods in the industrial segment. In states where they have taken out net metering, we are already witnessing the demand slacking,” said Sushil Sarawgi, managing director of Kor Energy.

The Bhadla Solar Park became the world’s largest solar park, with 2,245 MW of solar projects commissioned. With Hero Future Energies commissioning a 300 MW project at Bhadla-III Solar Park, the solar park became fully operational. Spread across more than 14,000 acres, the park is located at Bhadla village in the Jodhpur district in Rajasthan.

Technology shift in the solar industry has been taking place rapidly globally, but India, a notoriously cost-sensitive market, has been slow to adapt and accept newer products. The news report looked at the latest technological developments in solar cells and modules and the factors that are holding India back from adopting them quickly.

In a significant development that could have huge implications on the state’s rooftop solar segment, the Maharashtra State Electricity Distribution Company Limited proposed considerable grid support charges for net metering rooftop solar systems with a capacity of over 10 kW. MSEDCL, in its petition, said that though net metering helps in meeting the renewable purchase obligations targets, the adverse impact of net metering is much more on other consumers of MSEDCL due to the under-recovery of its infrastructure costs for such systems.

Technological Upgrades Imperative for India’s Solar Manufacturing to Take Off

As India tries to maximize the opportunities for solar manufacturing, some innovations and technological advancements are bound to make their way to the Indian market. One such technical upgrade is the increasing size of solar cells and wafers. The article talked about bigger cell sizes and how they would impact the solar systems’ efficiency while increasing the investment amount for companies to acquire new machinery.

There are more cases to be made for speeding up automation and digitalization in the industry. Many processes could be made more efficient by implementing solutions that are already in the market. A prime example is the digitalization of the e-procurement process for renewable projects. Electronic procurement and tendering platforms have helped the Indian renewable sector remain operational over the last few months amid the COVID crisis. Government organizations like the Solar Energy Corporation of India and NTPC Limited continued to float projects despite the nationwide lockdown.

Solar energy projects are providing rural economies with new sources of revenue, employment and business opportunities, product and policy innovation, capacity building, and, most notably, affordable energy. Having a reliable energy source like solar can also support jobs in other sectors within the community that relies on energy, such as agriculture, blacksmithing, pottery, weaving, carpentry, among others.

Privatizing DISCOMs the Way Out of Their Financial Mess

There are many business models through which distribution companies can be privatized. These can vary from licensing, distribution franchisee, and profit-sharing models. Through privatization and by hiring professional and experienced management to lead these distressed utilities, they may be able to fare better. Further, this may enable them to increase revenues, reduce inefficiencies, and provide a better overall consumer experience.