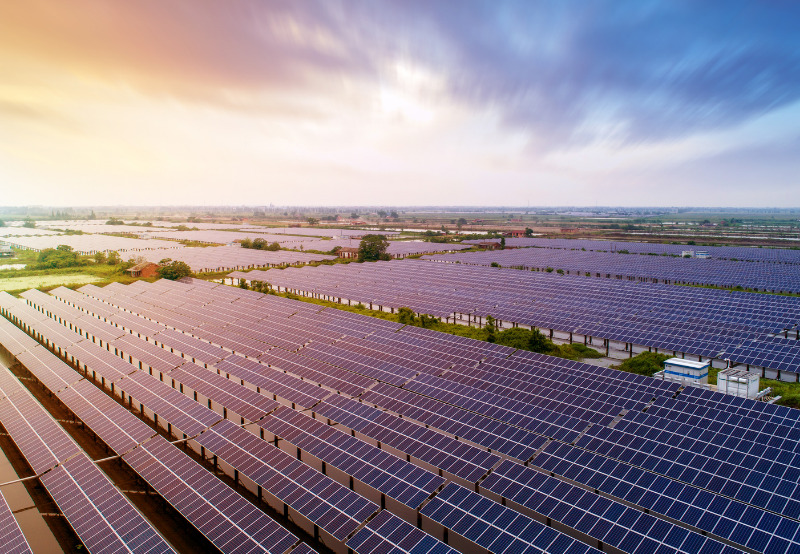 Together, these three solar developers accounted for nearly 64% of total large-scale installations in 1H 2020. Due to lower installation levels in the 1H of 2020 attributable to the COVID pandemic, just a few large installations have propelled some developers to the top of the leaderboard.

The top ten utility-scale solar developers accounted for 94% of the total installations in the first half of 2020. The total large-scale capacity additions stood at 1.01 GW in 1H, out of which the top ten installed 954 MW. 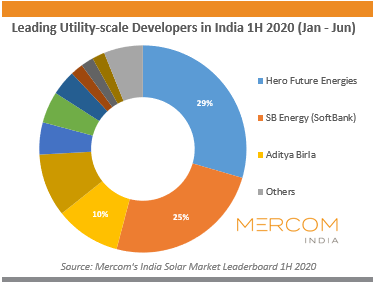 As per the report, Hero Future Energies, SB Energy (SoftBank), and Aditya Birla installed 300 MW, 250 MW, and 103.75 MW of solar capacity in the first half of the year.

With 1.01 GW installed, utility-scale solar installations represented 78% of the capacity additions in 1H 2020.

In terms of cumulative capacity, Adani continues to be the top large-scale project developer, as of June 2020.

Adani Green Energy was also rated the top solar developer in the world based on its operational, under-construction, and awarded projects, according to Mercom Capital Group’s Global Large-Scale Solar PV Developers Report released in August.

The first half of the year was severely affected by the COVID-19 pandemic, which led to the slowdown of solar installations in the country.

According to Mercom India Market Share Tracker, the top ten solar developers have more than 1 GW of projects in the pipeline. With a large chunk of project development pushed to later quarters, 2021 is set to be a massive year for solar.