The state Commission suggested a generic tariff of ₹3.82/kWh for residential rooftop solar systems up to 10 kW 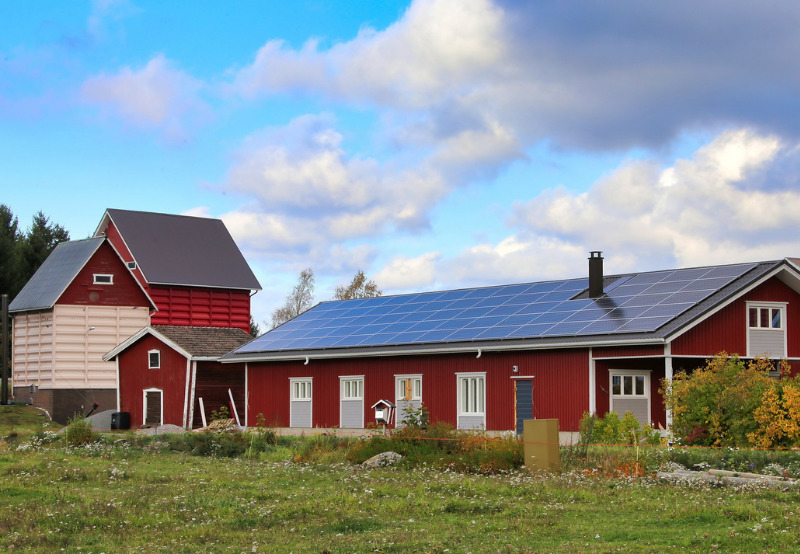 The Karnataka Electricity Regulatory Commission (KERC) has proposed allowing net metering for rooftop solar projects between 1 kW and 10 kW and gross metering for capacity over 10 kW.

The proposed tariffs, among other suggestions made in the discussion paper, would be applicable for the control period between 2022 and 2024.

Notably, the Commission has proposed allowing net metering for rooftop solar systems only up to 10 kW. This mandate was one of the provisions in the Ministry of Power’s Electricity (Rights of Consumers) Rules, 2020, issued in December 2020. The move was met with criticism from stakeholders who believed this would hurt the rooftop solar market and hinder adoption.

Stakeholders had told Mercom that MSMEs (Micro, Small and Medium Enterprises) in the segment would be adversely affected by this move and add to their burdens amid the COVID-19 crisis. In the backdrop of this resistance from the industry, the Ministry of Power assured stakeholders from the rooftop solar segment that the government will review its stance on gross metering for installations over 10 kW capacity.

In the discussion paper, the Commission highlighted the slow pace of rooftop solar systems adoption in the state – particularly in the residential consumers’ category.

Karnataka had an installed capacity of about 5,769 MW of grid-connected ground-mounted and rooftop solar systems as of the end of December 2020. However, rooftop solar installations stood at only 254.5 MW, and most of these were large-scale rooftop projects.

The Commission said that a major reason for the poor response from residential category consumers was the lack of sufficient knowledge about rooftop solar system’s financial and environmental benefits.

While reiterating the state’s solar policy targets of installing at least 6 GW of solar projects by March 2021, inclusive of at least 2.4 GW of rooftop solar projects, it made the following suggestions:

Life of the Project and Tariff Term

The Commission highlighted the lack of an established life of solar power projects to consider while determining tariffs. It suggested a life span of 25 years since module makers generally provide a 25-year warranty on their products. It said that the life of the projects should be linked to the life of the module.

The Commission also proposed a levelized tariff for 25 years based on the project’s life span.

The Commission noted that a CUF of 19% was being considered for solar projects earlier. However, the Central Electricity Regulatory Commission (CERC) had allowed for a CUF of 21%. It stated that commissioning projects in suboptimal locations would lead to a lower CUF, which would not be in the stakeholders’ interest.

However, the locational disadvantages of certain projects cannot be considered while determining the generic tariff. As a result of this, the Commission proposed to continue with the previous minimum CUF of 19%. 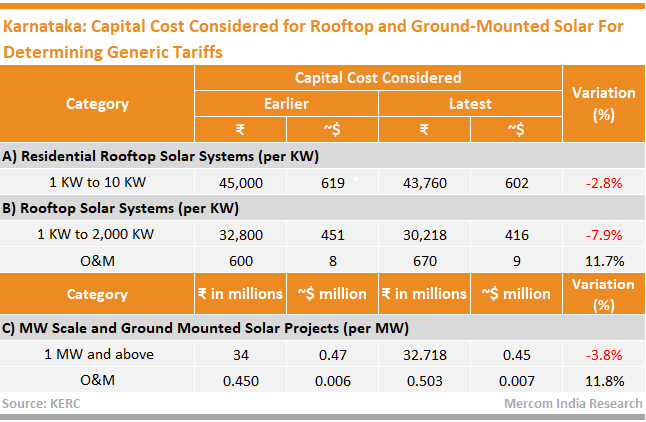 The Commission has invited comments, suggestions, and views from stakeholders or any interested parties. The deadline for submission of comments is March 8, 2021.

According to Mercom’s India Solar Tender Tracker, Karnataka has issued tenders for 48.8 MW of rooftop solar projects as of January 2021.