The Ministry of Power (MoP) has issued a draft proposal for the amendment of the Electricity Act 2003 to address contract enforcement, among other vital issues.

The Ministry has invited for comments, suggestions, and objections from stakeholders. The last date for the submission of opinions is May 8, 2020.

Among the list of proposed amendments, below are some which will have a bearing on the renewable energy sector.

The MoP recognizes that the Electricity Act 2003 dealt with the supply and purchase of electricity but did not address the issues regarding the enforcement of a contract. Especially after the Andhra Pradesh episode, where the state decided to renegotiate solar and wind power purchase agreements, the ministry realized its limitations when it comes to enforcing any state to honor a contract. They could, at best, only advise states with matters related to electricity. The adverse effects of this incident were felt throughout the renewable energy industry in the country, severely denting investor confidence.

The ministry has realized that the strength of contracts enables investment in the electricity sector. Also, the existing electricity regulatory commissions in the states and center are assigned with multiple responsibilities under the Electricity Act, including regulatory functions, tariff adoption issues, granting of licenses with limited powers for settlement of disputes.

As a solution, the draft amendment proposes establishing an “Electricity Contract Enforcement Authority (ECEA).” The ECEA will be the exclusive authority with the original jurisdiction to settle matters related to specific performance of obligations under a contract related to sale, purchase, or transmission of electricity between a generator and licensee or between licensees. However, the Enforcement Authority will have no jurisdiction on any dispute involving tariffs.

Aditya further added, “Appointment and dismissal of the Enforcement Authority will be by the Central Government. Developers may welcome this proposition; however, licensees will have difficulty in accepting this proposition. The proposal also suggests that this Authority will normally sit in Delhi; this will also pose a logistic challenge for small developers and state licensees.”

According to the Ministry of Power, the ECEA will dispose of the matter within 120 days from the date of its receipt.

The draft also states that the central government in consultation with the state governments come up with a National Renewable Energy Policy for the promotion of electricity generation from renewable energy sources. Here, the government can also prescribe a minimum percentage of the purchase of electricity from renewable and hydropower sources. The draft has proposed to expand the scope of renewable power purchase obligations to include hydro sources.

Further, the draft proposes that the National Load Despatch Center (NLDC), which is responsible for the optimum scheduling and dispatch of electricity in different regions, will also supervise and have control over the inter-regional and inter-state transmission network. It will also have the overall authority for carrying out real-time operations of the national grid.

The Electricity Act states that open access can be provided to a consumer on payment of a  surcharge, and wheeling charges set by the state commission. Now, the amendment proposed adds to the existing charges, the charges for intra-state transmission, and inter-state transmission where applicable.

Another addition suggested for the Act is to allow the load dispatch center to manage the payment security mechanism before scheduling dispatch of electricity and to be made mandatory. This is to protect the sanctity of the contracts. The payment security mechanism can be waived if the parties to the contract mutually agree. The ministry is trying to address the huge accumulation of unrealized revenues, causing hurdles in the sector.

The ministry has understood that the tariff determined by the state distribution companies is not reflective of the actual cost, which is the leading cause of their weak financial health. So, it is proposing that state commissions set the tariff for the retail sale of electricity without any subsidy. In case any subsidy has to be given to any specific category of consumers, the government can directly pay it. The amendment also emphasizes that the tariff has to reflect the cost of the supply of electricity, and cross-subsidies and surcharges levied on industrial consumers should be reduced.

For tariffs determined through competitive bidding, the appropriate commissions have to adopt the tariff on time, which is not late than 60 days from the date of application. If the commission does not decide within 60 days, then it will be deemed to have been adopted. This proposal is a reiteration of what was earlier amended in the guidelines of competitive bidding by the Ministry of New and Renewable Energy (MNRE).

In 2018, Mercom reported that the Ministry of Power issued a revised proposal for amendments to the Electricity Act 2003.

Earlier, it was reported that the union government had proposed an amendment to the Electricity Act to ensure that the companies applying for power distribution rights also sign the requisite Power Purchase Agreements (PPAs). 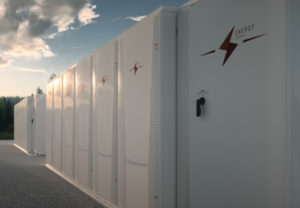