The solar-powered plane soared to an altitude of 5,000 feet

SolarStratos, a Switzerland-based technology firm, announced that its founder Raphael Domjan completed the first-ever skydive from a solar-powered plane over Payerne, Switzerland.

According to the press statement, Raphael Domjan jumped from the two-seater plane after it soared to an altitude of 1,520 meters (5,000 feet). The parachutist reached a speed of over 150 kilometers/hour during his fall

“Our aim is to demonstrate the potential of solar energy and electric mobility can be utilized to carry out activities such as skydiving without greenhouse gas emissions,” said Raphael Domjan.

The company added that test pilot Miguel A. Iturmendi and Raphael Domjan took off the solar-powered plane from the Broyard airfield

SolarStratos said that pilots had taken two test flights before the skydive. The test flights were designed to settle technical details to enhance the altitude and duration of the flight. It added that SolarStratos became the second solar-powered plane in history to fly with passengers.

According to Solar Impulse Foundation, its long-range solar-powered aircraft Solar Impulse 2 became the first solar-powered plane to travel around the globe in July 2016. The plane was equipped with 17,428 solar cells and four power batteries to supply the power to an aircraft engine.

“The aircraft’s climbing performance is good, better than I imagined. And you have to be vigilant when landing as the plane needs a long landing distance,” said Miguel A. Iturmendi, Test Pilot at SolarStratos.

According to SolarStratos’ website, the solar-power plane is equipped with solar cells with an efficiency of around 22% to 24% as well as a lithium-ion battery with a capacity of 20 kW. Calin Gologan, Chief Aircraft Designer and Chief Executive Officer of Elektra-Solar, designed the aircraft.

Meanwhile, in India, on its 70th Republic Day celebrations last year, the Indian Air Force led the way towards a greener future by utilizing biofuel for its aircraft during the fly-past ceremony. 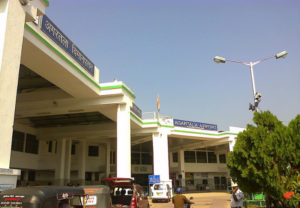 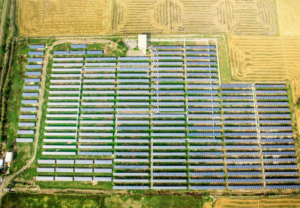