In August 2018, the first biofuel-based flight in India successfully completed its journey from Dehradun to Delhi

At the 70th Republic Day celebrations this year, the Indian Air Force (IAF) will lead the way towards a greener future by utilizing biofuel for its aircraft during the fly-past ceremony.

Biofuels in India are of strategic importance as they integrate well with the government’s ongoing initiatives, such as Make in India, Swachh Bharat Abhiyan, and Skill Development.

According to Press Trust of India (PTI), “A host of country’s air defense capabilities will be showcased during the Republic Day celebrations, including a ‘vic’ formation of An-32 aircraft, whose lead plane will be flying using a mix of traditional and biofuel for the first time during the parade.”

“The An-32 (Satluj) formation will also exhibit India’s quest to seek alternative sources of fuel. The lead aircraft of the formation will be flying utilizing Aviation Turbine Fuel blended with 10 percent biofuel,” PTI quoted a senior IAF official as saying.

The biofuel has been extracted from Jathropha plant seeds using a technology patented by the Council of Scientific and Industrial Research (CSIR) and the Indian Institute of Petroleum, Dehradun.

In a previous interview with Mercom, Charmaine Fernandes Sharma, the co-founder of Observing I, a company providing sustainable solutions for waste management and clean technologies,  highlighted how earlier efforts in the field of biofuels, included government incentives for growing Jathropha as the miracle source for biofuels. In India, millions of marginal farmers and landless people were encouraged to plant Jathropha. However, the results have been disappointing. In India, 85 percent of the Jathropha farmers have discontinued growing it. This extraordinary collapse of Jathropha as a global biofuel has been ascribed by analysts to an overestimation of Jathropha capabilities, as the species is not yet sufficiently adapted to cultivation to provide sustainably high yields and economic returns, together with a lack of diligence in implementing nationwide cultivation plans.

Per SpiceJet, the advantage of using biojet fuel as compared to ATF is that it reduces carbon emissions and enhances fuel efficiency. At a function to mark the successful operation of the test flight, Civil Aviation Minister Suresh Prabhu had said back then that efforts are on to have a consumer-friendly, affordable and environment-friendly aviation sector.

In a country like India, where the overall economic growth is fueled by its agrarian sector, biofuels assume great significance in light of the country’s ambitious goals of doubling farmers’ income, import reduction, employment generation, and waste-to-wealth creation. Acknowledging the importance of abundant resources for biofuel in the country, the union cabinet recently approved the National Policy on Biofuels 2018.

Aviation industry could generate demand of biofuels and encourage Indian farmers to indulge in cultivation of crops such as Jathropha. In the interview, Charmaine Fernandes had also said, “It is not always incentives, but just the creation of a well-defined value chain that will attract entrepreneurial activity and investment in this sector.” 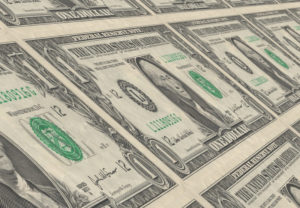 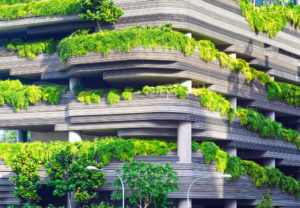 Tata Steel to Collaborate with CSIR to Deploy Decarbonization Technologies

Two Indian Institutes to Collaborate Towards Expansion of Solar Energy